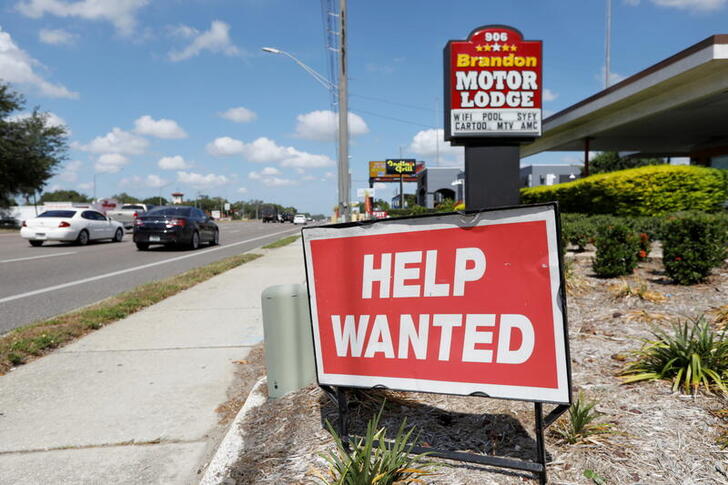 Speedy recovery. The U.S economy is learning to live with Covid-19. Even with virus cases peaking in January due to Omicron, employers added a healthy 467,000 jobs last month, the Labor Department said on Friday. Moreover, December’s increase in payrolls was revised up to 510,000 from an initial estimate of 199,000. Meanwhile wages rose 5.7% from a year earlier, almost double the sort of increases that were seen before the pandemic when the labor market was also tight. All this gives the Federal Reserve ample justification for multiple interest rate hikes this year to curb inflation, which has hit a four-decade high of 7%.

Investors increasingly believe there could be five or six hikes this year, compared to the four projected just last month, according to the CME’s FedWatch tool. The central bank has to be careful that raising rates doesn’t curb growth. The latest jobs report shows the economy, at least for now, can take it. (By Gina Chon)

Stage fright. Convenience-store operator Seven & i 3382.T is putting on an elaborate performance. The $46 billion Japanese company confirmed in an effusive letter its policy of holding board discussions and continuing to accelerate reforms to seek higher corporate value, in response to issues raised by its pushy 4.4% owner ValueAct Capital. Yet it also argued the activist’s plans would create no strategic value. It reads like a Kabuki, a Japanese dance-drama rich in showmanship.

ValueAct has lobbied the company privately over the past year, pushing executives to sell and spin off underperforming businesses and focus on growing its most well-known global shopfront brand. Seven & i’s inadequate response prompted it to write an open letter to the board last month, an unusual move for the San Francisco-based fund.

Seven & i’s shares have rallied from their pandemic-induced July 2020 low, but its total five-year return lags Circle-K owner Alimentation Couche-Tard by a third. Its latest performance won’t do anything to address that, or ValueAct’s mounting frustrations. (By Una Galani)

Hard to please. Richard Liu’s generosity is a warning to investors desperately looking for signs that Chinese tech giants are out of Beijing’s bad books. JD.com’s boss followed in the footsteps of his counterparts at food-delivery giant Meituan and TikTok parent Bytedance by gifting some of his shares in the company to charity. The notable $2.3 billion contribution adds to a bounty heeding President Xi Jinping’s “common prosperity” call to promote wealth redistribution.

It’s a small sum against JD’s $112 billion market capitalisation but it underscores how hard companies and founders need to try to please officials. JD’s lower-margin, better employee welfare, and more traditional retail model of holding inventory have made it less of a regulatory target so far, enabling it to take market share and outperform rivals like Alibaba. Liu will continue to own a 12% economic stake, slightly higher than U.S. peer Walmart’s 9%, based on the share register in the latest annual report. Fortunately, JD’s dual-class share structure means he’d still control most voting rights. For multiple stakeholders, that is a surprising silver lining. (By Yawen Chen)

(The first paragraph of the Seven & i column has been corrected to remove the company’s reference to forming a committee, canvasing shareholders on issues raised by activist, and and to add company policy.)