28 May 2021 By Breakingviews columnists 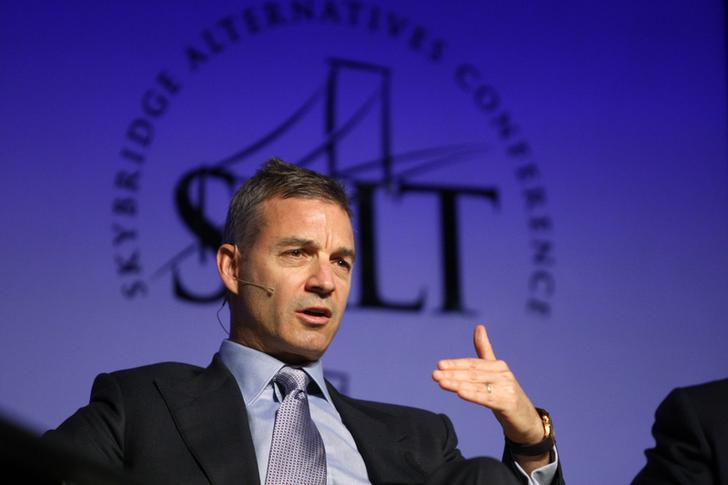 Buy now, pain later. Klarna’s valuation is ascending from eyebrow-raising to utterly stratospheric. The Swedish startup, which allows consumers to spread the cost of clothing and other purchases through its “buy now, pay later” facility, is close to raising money at a possible $50 billion price tag, according to Reuters. Perhaps unsurprisingly given the hype and eye-watering sums, SoftBank Group may be involved. The new valuation would represent a sharp uptick from the $31 billion at which Klarna raised money in March.

That figure looked high, but it still trailed the toppy trading multiples of listed rivals Afterpay and Affirm. Now, Klarna seems to have leapfrogged them both. Assume the Swedish startup increases its revenue by 40% in 2021, as it did last year. That would take the top line to $1.7 billion. On that basis, assuming no debt, the new $50 billion valuation implies a roughly 30 times forward revenue multiple, compared with 18 times on average for Afterpay and Affirm. A listing is also in the works. Klarna’s new investors are betting that public-market exuberance is here to stay. (By Karen Kwok)

Imitation game. Activists are trying to turn the tables on corporate agitator Dan Loeb at his London investment vehicle. Asset Value Investors, which owns 10% of Loeb’s $858 million Third Point Offshore Investors, has criticised a lacklustre plan to raise the fund’s uninspiring valuation. They have a point: shares trade at a 14% markdown to net asset value, a discount which has broadly persisted over the past five years. By contrast, AVI claims the median NAV discount for comparable London-listed closed-end funds is just 4%.

Loeb at least recognises the problem. In April Third Point put forward a plan to reduce the discount to 7.5%. But measures including adding extra leverage and increasing the proportion of assets in unlisted private equity are unconvincing. And two proposed offers to buy back shares at a mere 2% discount to NAV would only take place in 2024 and 2027. Such weak suggestions would probably attract the ire of Loeb himself given recent campaigns at Prudential and Intel. That gives AVI reason enough to keep agitating. (By Christopher Thompson)

All about the money. German online fashion group About You is serving up that rarest of things: a reasonably priced technology initial public offering. The company on Thursday said it was eyeing a Frankfurt listing. The float might value it at 3 billion euros, Reuters reported.

The business has two parts. First is selling clothes and accessories to young, trendy customers via a smartphone app. Second, it also outsources technology to other fashion brands, allowing them to run their own online shops. Revenue in the year to February grew by 57% to 1.2 billion euros, and the company is hoping to grow by another 50% in the current financial year.

On that basis, it looks cheap. German rival Zalando and Britain’s THG on average trade at 2.8 times forward sales. That would imply a fair value of almost 5 billion euros for About You. It’s also growing at a faster rate than the others. For investors, it may be a gem hiding in the bargain bin. (By Karen Kwok)

Power-saving mode. The pandemic has revived once-sluggish demand for personal computers and tablets, but Lenovo may struggle to fill it. Quarterly sales at the $15 billion PC maker surged 48% from a year earlier – the highest growth in almost a decade. That helped turbocharge a sixfold increase in net income to $260 million.

That looks unsustainable. Boss Yang Yuanqing reckons the global chip shortage will last another 12 to 18 months. Lenovo outsources to third-party manufacturers and has its own in-house capabilities, but an executive estimated the supply-chain snags still knocked 20% off the company’s shipments. Inventory held by Lenovo retailers in certain countries has dwindled to as little as two weeks – less than half the usual levels. Analysts polled on Refinitiv Eikon on average expect revenue to be largely flat in the current fiscal year to March.

A 30% rally since the start of January has powered Lenovo shares to a near six-year high. Holding that charge may be difficult. (By Robyn Mak)