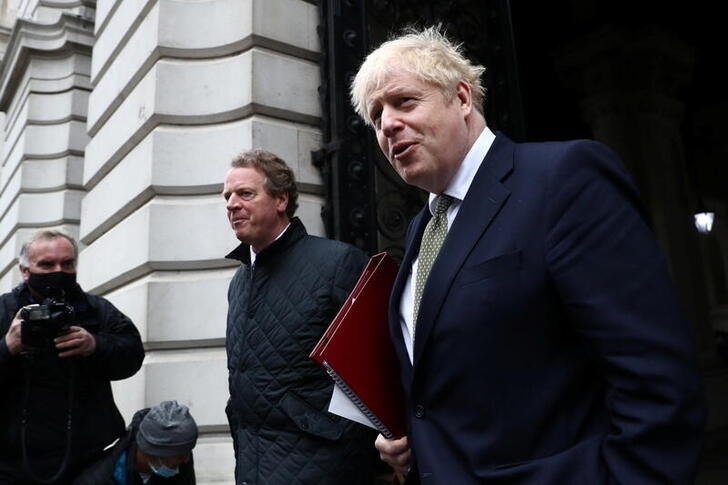 Bugging out. TransDigm’s retreat from the $8.7 billion battle for British aerospace engineer Meggitt gets Boris Johnson out of a potentially tight corner. The Ohio-based defence company said it had eased the concerns of potentially awkward parties like Meggitt’s pension trustees and had the funds in place to support its 900 pence per share bid, a 92% premium to Meggitt’s undisturbed share price. Its stated desire to look deeper into Meggitt’s books, however, suggests nerves on the part of its financial backers.

TransDigm’s banks could be forgiven some sweaty palms. Assuming it borrowed all the cash, its net debt would have ballooned to 8.5 times the combined group’s EBITDA next year, according to Breakingviews estimates. That leaves no margin for error. Had TransDigm persisted and Meggitt’s board acquiesced, Johnson’s administration, which was after assurances on UK jobs and R&D spending, would have had to decide whether to roam far off the regulatory piste and rule on the quality of TransDigm’s credit. (By Ed Cropley)

Unforced error. So much for a post-pandemic outbreak of economic levelling up. Given that lockdowns to fight Covid-19 have made generational wealth divides even more entrenched, the hope was that states would use ploys like a wealth tax to ease their new debt burdens and pay for new spending plans. Prime Minister Boris Johnson’s 36 billion pound tax hike to fund the UK health service and social care costs doesn’t do that.

Although borrowing costs are cheap and the United States has normalised spending trillions of dollars to reignite flagging economies, there’s nothing innately wrong with wanting to finance what are socially worthwhile areas of spending via taxation. But Johnson’s plan to raise taxes on both workers and employers by 1.25% respectively is a levy on labour, not wealth. At some point, younger generations could punish him for it at the ballot box. (By Aimee Donnellan)

A slip of the tongue. Language learning app Babbel’s upcoming listing doesn’t sound too bubbly. The Berlin-based company, which said on Tuesday that it’s looking to list in Frankfurt, said its app yielded revenue of 147 million euros in 2020. Assuming it can grow another 18% this year, as it did in the first half, a mooted valuation of over 1 billion euros would be nearly 6 times sales.

That sounds cheap compared to recently listed $6 billion U.S. rival Duolingo, which trades at an eye-popping 25 times 2021 revenue, using Refinitiv data. And unlike its stateside rival, Babbel is not free, so it doesn’t face the familiar challenge of converting users to paid subscribers. Yet Duolingo’s growth rate is more than double Babbel’s. With thousands of free language learning apps fighting for user time, and Big Tech developing live translators, the road ahead isn’t all that clear. (By Karen Kwok)