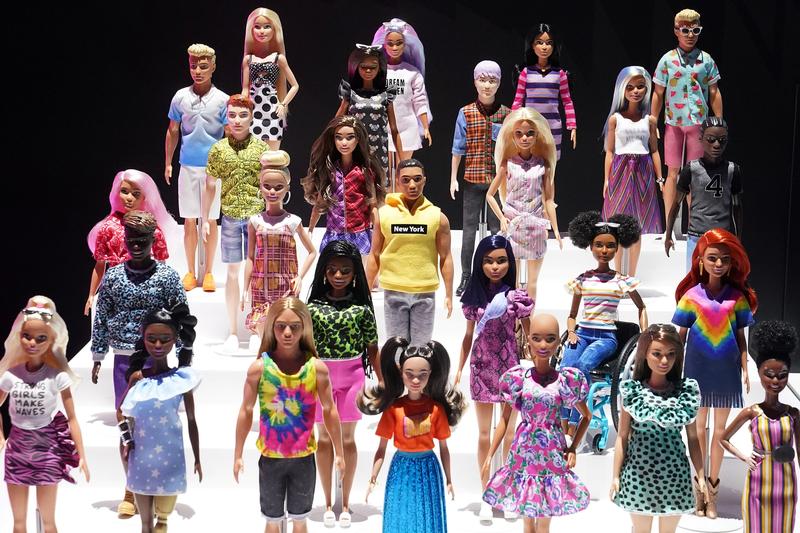 Playtime. Toymaker Mattel’s stock rose as much as 11% on Friday after reporting a 47% yearly increase in first-quarter sales, its fastest growth in 25 years. Consumers kept buying Barbies through the pandemic. The bigger picture is that for providers of discretionary goods and services, the consumer is now the plaything.

Makers of discretionary goods in the S&P 500 Index now trade on almost the same year-ahead price-to-earnings multiple as producers of staples like toothpaste and breakfast cereal. True, it’s not quite free money. Mattel said input costs were rising, and firms risk boosting investment to meet a demand surge that’s only temporary. Still, the toybox is open, and there’s $2 trillion to play with. (By John Foley)

Shoes fits. When it comes to stock-market fashion, Diego Della Valle’s loafer-maker Tod’s has been downright dowdy, declining a third over the past five years compared to puffy-jacket manufacturer Moncler’s 250% surge. But the shoe is on the other foot of late: Tod’s turnaround hopes have propelled the shares nearly 40% higher this year while Moncler has languished.

LVMH’s purchase on Thursday of 6.8% of Tod’s from Della Valle, building Bernard Arnault’s conglomerate’s stake to 10%, follows the investor-titillating appointment of Instagram celeb Chiara Ferragni to its board two weeks ago. Moncler meantime reported first-quarter results which emphasised its dependency on the lockdown-stricken European market.

It’s understandable that Tod’s long-suffering shareholders would find succour in LVMH’s interest. But given Arnault’s penchant for creeping control, nickel-and-diming and browbeating his targets into submission – on full display in last year’s Tiffany deal – investors should be wary. To wit: LVMH snagged its latest Tod’s stake at a 10% discount. Caveat emptor lux. (By Rob Cox)

All to play for. Video game developer CD Projekt has impressed gamers and critics alike with its bold storytelling. Now the $4.3 billion Polish company is keeping investors on tenterhooks as it attempts to turn around its flagship new title, “Cyberpunk 2077”, whose bug-riddled release knocked a third off its market value in December. Delayed results released on Thursday demonstrated the company’s extraordinary profitability: it reported operating profit of 1.2 billion zlotys ($306 million) on revenue of 2.1 billion zlotys. But its ability to continue to monetise “Cyberpunk” is no clearer than before.

Chief Financial Officer Piotr Nielubowicz told analysts that the game accounted for about three-quarters of revenue at CD Projekt’s main gaming division, implying it brought in two-thirds of the group total. Assume “Cyberpunk” revenue falls by a third, in line with the drop-off following previous hits. If other revenue remains flat, CD Projekt’s enterprise value is about 12 times this year’s sales, double the multiple of bigger rivals Activision Blizzard and Electronic Arts. Investors are staying plugged in for now. (By Oliver Taslic)

Adding bounce. Shares in beleaguered Top Glove rallied on Friday after the world’s biggest maker of protective handwear almost halved the size of its Hong Kong float. The Malaysian group, already listed in Kuala Lumpur and Singapore, plans to raise up to $890 million, versus initial hopes of $1.9 billion.

Top Glove said it cut its offering to limit dilution, but there are other good reasons to do so. A fundraising that would water down existing investors, a month after announcing a pacifying special dividend totalling half the revised deal size – all the while holding net cash – was always going to need very understanding investors and buoyant markets. And that was before the hit from the United States’ decision in March to ban all Top Glove imports over forced labour concerns. Shares may be up 150% over the past year, but they have fallen 40% from their October pandemic-related peak. A smaller listing looks a better fit. (By Jennifer Hughes)

Amuse-bouche. Gallic chefs know how to serve up a storm. Paris-listed SEB is no different. Shares in the 8 billion euro cookware maker jumped by 6% on Friday, prompted by a surge in wannabe pasta and bread makers during lockdowns. First-quarter revenue rose to 1.9 billion euros – 31% higher than in the same period last year, more than offsetting a sharp fall in demand from professional cooks. The owner of the Tefal and Moulinex brands raised its full-year sales guidance to a soufflé-like 10% rise.

The boom in amateur cookery may well have longer to run as restaurants struggle to reopen. If boss Thierry de La Tour d’Artaise meets his top-line aim, then SEB should produce about 760 million euros in operating profit, assuming a 10% operating margin. On that basis the shares, which including debt are valued at 13 times forward operating profit, still trade at a discount to Italy’s De’Longhi and U.S.-listed Newell Brands. Shareholders may have more tasty appetisers to come. (By Christopher Thompson)