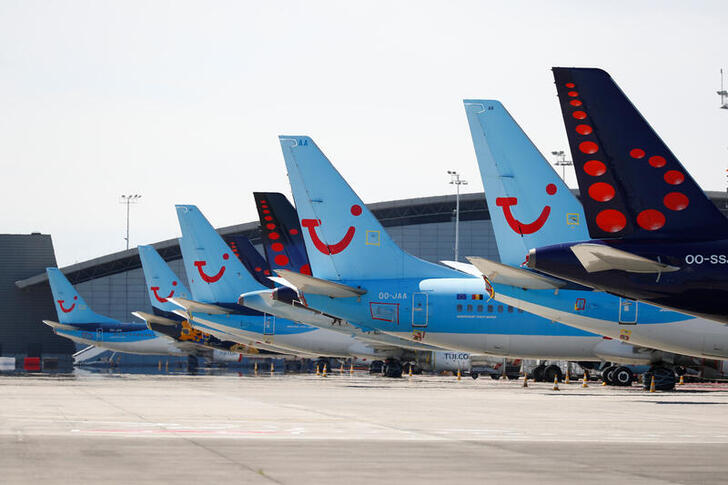 Threading the needle. Platinum Equity is reaching in the archives to better digitize. On Tuesday, Tom Gores’ private equity firm said it would acquire textbook company McGraw Hill for $4.5 billion from Apollo Global Management. Last week Platinum struck a deal for a controlling stake in SVP-Singer, the manufacturer of the iconic sewing machine. Both companies, with roots dating back a century ago, are seeing a resurgence.

McGraw Hill, founded in 1888, has in recent years been delivering digital products, which account for more than $1 billion in revenue or about 60% of the top line. If anything, the last year of virtual education will mean a greater demand for online learning. The pandemic also brought a spike in the need for sewing machines as people whipped up masks and indulged in homebound hobbies. The global industrial sewing machine sector is expected to grow to $5.6 billion in 2026 from about $4 billion in 2018, according to Fortune Business Insights.

Whether they can both sustain leverage and pay out huge returns through the next several years remains to be seen. For now, old school industries might be a smart bet. (By Jennifer Saba)

Flashing sirens. Lina Khan brings star power to her new gig as head of the U.S. Federal Trade Commission. At 32, she will be the youngest agency chief, and she has already made a splash as a law student by using expanded views on antitrust laws to target Amazon.com. Her high profile and intellectual heft make her a tough opponent for big technology firms.

The FTC has historically gone easy on Silicon Valley giants. On mergers, it seamlessly cleared Amazon’s acquisition of Whole Foods Market, Facebook’s purchases of WhatsApp and Instagram, and Alphabet unit Google’s deal for YouTube. It was only last December when the agency sued Mark Zuckerberg’s firm for allegedly using its merger strategy to stifle competition.

Khan’s energy likely means she won’t be outgunned by massive firms with vast resources and deep pockets. After taking on Amazon while at Yale’s law school, she contributed to a blistering U.S. House Judiciary Committee report on the anti-competitive behavior of Big Tech. The companies policed by the FTC can no longer count on just slaps on the wrist. (By Gina Chon)

If Tui boss Friedrich Joussen does tap shareholders for the cash it is unlikely to be for the last time. Net debt of roughly 6.8 billion euros is over 4 times estimated EBITDA for 2022, even though the metric is projected to exceed pre-pandemic levels that year, according to Refinitiv data. That might send sun-loving shareholders scurrying for the shade. (By Christopher Thompson)

Aim higher. Emmanuel Macron, like most European policymakers, wants the bloc to have more technology giants. The French president on Tuesday laid down a target of 10 companies worth at least 100 billion euros by 2030. It’s oddly modest.

The bloc already has two, in 243 billion euro Dutch semiconductor equipment giant ASML and 148 billion euro corporate IT specialist SAP. Payments group Adyen and industrial software maker Dassault Systemes are close at 58 billion euros and 52 billion euros respectively. Simply grow the current crop of regional tech companies by 10% annually and there would be six 100 billion euro-plus groups by 2030. In other words, the bloc could get most of the way to Macron’s target without state help.

Why not aim for 20 or 30 behemoths, and pick sectors where governments could help? Europe last year raked in 40% of all capital invested globally in rounds of less than $5 million, compared with America’s 35%, Atomico reckons. Venture investors see the region’s potential. So should Macron. (By Liam Proud)

Fixer upper. PEXA needs work to justify the sky-scraping A$3 billion ($2.3 billion) valuation it’s building. The Australian online mortgage-settlement firm opened house on the financials that prompted bids from Carlyle and KKR. Management and owners including Morgan Stanley opted for an initial public offering next month. That values PEXA at a dizzying 155 times its own estimated A$20 million net profit for the year to June 2022. Yet revenue growth may slow two-thirds to 13% as its near-total dominance of its sector restricts domestic expansion.

The key is moving overseas to England and Wales to tap a A$640 million e-conveyancing market, which enables automatic digital completion of property sales and purchases. That could add A$41 million to the bottom line, assuming the company mirrors its 80% Australian market share, and the 8% net margin earmarked for next year. Factoring in that potential gain which could take years to generate implies a lofty 50 times earnings. With many big Australian IPOs struggling this year, PEXA’s towering swagger stands out. (By Antony Currie)

Passing the buck. Japan’s third-largest financial institution by assets has been plagued by technology problems for a decade, but its chief executives are refusing to take responsibility. After a series of embarrassing incidents this year, including one which froze nearly all of its automated teller machines, the Nikkei business daily reported Mizuho Bank CEO Koji Fujiwara would go, while Tatsufumi Sakai, boss of parent Mizuho Financial Group, would take a pay reduction. A single departure wouldn’t resolve such a stubborn problem, but it would at least signal a start.

Now it appears Fujiwara will stay on and take a 50% pay cut for a paltry four months, while Sakai will be similarly docked for six. Three IT & Systems Group leaders have been reassigned – not fired.

An internal investigation blamed corporate culture for the flounders. That was precisely the financial watchdog’s conclusion 10 years ago. In theory, cultural problems mean everyone is responsible. In reality, nobody is. In Japan, investors rarely lose money betting against change. (By Pete Sweeney)

Tui and Brussels Airlines planes are seen at Zaventem International Airport, Belgium, May 5, 2020.