26 May 2021 By Breakingviews columnists 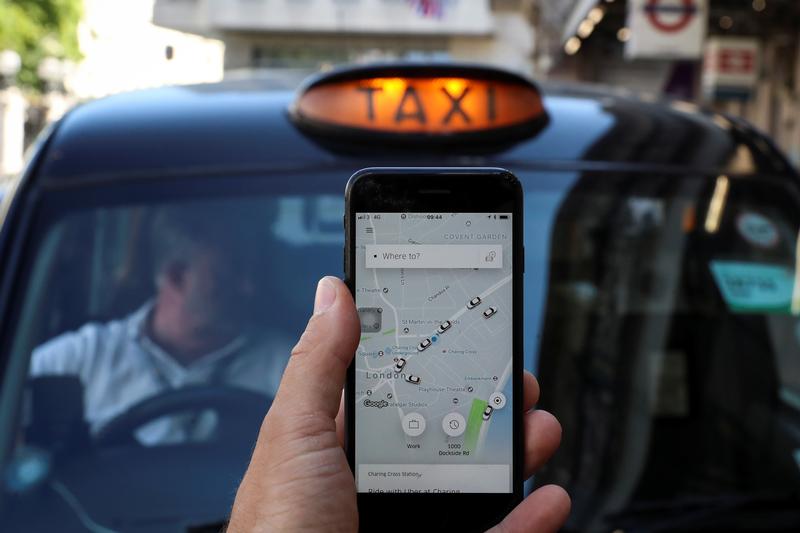 Winding road. A British labor victory for drivers of Uber Technologies may not cruise into the ride-hailing firm’s home market. The $94 billion Uber reached an agreement to allow the GMB union to represent drivers, the Financial Times reported. It’s a first for Dara Khosrowshahi’s outfit but may not translate in other parts of the world.

Uber was backed into a corner in the UK. The nation’s Supreme Court earlier this year ruled that drivers are workers deserving of a minimum wage and other benefits. It’s a more mixed picture in the United States. Labor Secretary Marty Walsh recently said that in many cases, gig workers should be classified as employees instead of independent contractors, which is how Uber currently categorizes them.

For now, Uber prefers more subtle changes, and the more flexible American approach to labor markets has worked in its favor. Last November, Californians approved a ballot measure that exempts Uber from treating drivers as employees but requires it to pay some benefits. It’s a model the ride-hailing firm is trying to push in other states. The UK precedent nonetheless gives it a reason to hurry up. (By Gina Chon)

Countdown. A fight between Elon Musk and Jeff Bezos over whose rocket firm will dominate the space race is about egos as big as the universe. But a battle in Washington, D.C. over funding for the National Aeronautics and Space Administration shows the contest centers just as much on earthly influence.

NASA wants to go to the moon by 2024, and Musk’s SpaceX and Bezos’ Blue Origin both thought they would win funding to do so. But in April, the agency made a surprise decision to pick only SpaceX, citing a budget shortfall and technical factors. Blue Origin challenged the choice as unfair and risky.

Now lawmakers are fighting it out. A senator from Blue Origin’s home state is attempting to add $10 billion to NASA’s funding, which would allow a second moon program winner while Senator Bernie Sanders wants the funding eliminated. Other public firms are also seeking to build businesses in space. They may need to land in D.C. first. (By Robert Cyran)

Walking away. Just four months after completing its $27 billion takeover of Refinitiv, the owner of the London Stock Exchange has tightened its grip on the financial information purveyor. Refinitiv Chief Executive David Craig announced on Wednesday he’ll leave the $60 billion company by the end of the year. His replacement is Andrea Remyn Stone, who joined from rival data group Dealogic last year.

It’s no surprise that Craig, who led the 2018 buyout of Refinitiv from Thomson Reuters, owner of Breakingviews, has decided to move on. Nevertheless, the reshuffle comes at a vital time for LSEG boss David Schwimmer, who is under pressure to integrate a deal that almost doubled the company’s revenue and more than quadrupled its workforce. Rising costs have spooked investors; LSEG shares are down 13% since the Refinitiv deal closed at the end of January. Shareholders who recently awarded Schwimmer a 25% pay rise will be expecting him to deliver. (By Peter Thal Larsen)

Money mattress. Like Mark Twain, reports of the death of physical money may have been greatly exaggerated. UK-based currency printer De La Rue on Wednesday reported a surge in demand for notes over the last year, a trend seemingly at odds with health authorities’ advice to use contactless digital payments instead. The conclusion is clear: even though cash use plummeted, in times of economic turbulence humans still feel safer with savings they can touch.

That’s true for developed and emerging economies. In Britain and the euro zone, currency in circulation in September was 10% higher than a year earlier. However, pan-African telecoms operator MTN said mobile money transaction volumes nearly doubled last year, even as De La Rue cranked up its printing presses to maximum. Unfortunately for the UK company’s investors, as the pandemic subsides, digital spending habits will stick but mattress-stuffing won’t. (By Ed Cropley)

Stuffed meal. Delivery Hero is sharpening up its delivery skills. The company led by Niklas Oestberg on Wednesday said it is spinning off its Balkan units to Glovo, a Spanish delivery company it has a 37% stake in. Glovo will pay Oestberg 170 million euros ($208 million) for the businesses.

It’s a smart move. Oestberg doesn’t disclose revenue on a country level, but the units he’s selling consist of six countries out of the 14 in his European markets, which between them generated 136 million euros in the three months to March. He also bought some Latin American units from Glovo last year. Getting rid of the unwanted assets can allow Oestberg to focus on the core markets like fast-growing Asia and Germany, where he is beginning a fresh battle with rivals Just Eat Takeaway.com and Uber Technologies. And with Glovo recently valued at $2.3 billion, Oestberg may still make money when it comes to list. One day, however, Glovo may become a formidable competitor in its own right. (By Karen Kwok)

Quarterly sales surged 37%, to roughly $3 billion, from a year earlier. Kuaishou’s net loss, however, nearly doubled to a whopping $9 billion, as a pandemic bonanza waned and the company embarked on a quest for new revenue.

The Kuaishou enterprise, which is up against Douyin owner ByteDance, is now valued at about 5 times expected revenue for the next year. Rival Bilibili trades at 8 times while its backer Tencent fetches 7 times, Refinitiv data show. Even after the rout, Kuaishou shares are roughly 75% higher than their market debut price. Dropping back to that level would impute a multiple of 3 times. Given the rising customer acquisition costs, that may be a more appropriate figure. (By Robyn Mak)

A photo illustration shows the Uber app and a black cab in London, Britain June 26, 2018.