5 May 2021 By Breakingviews columnists 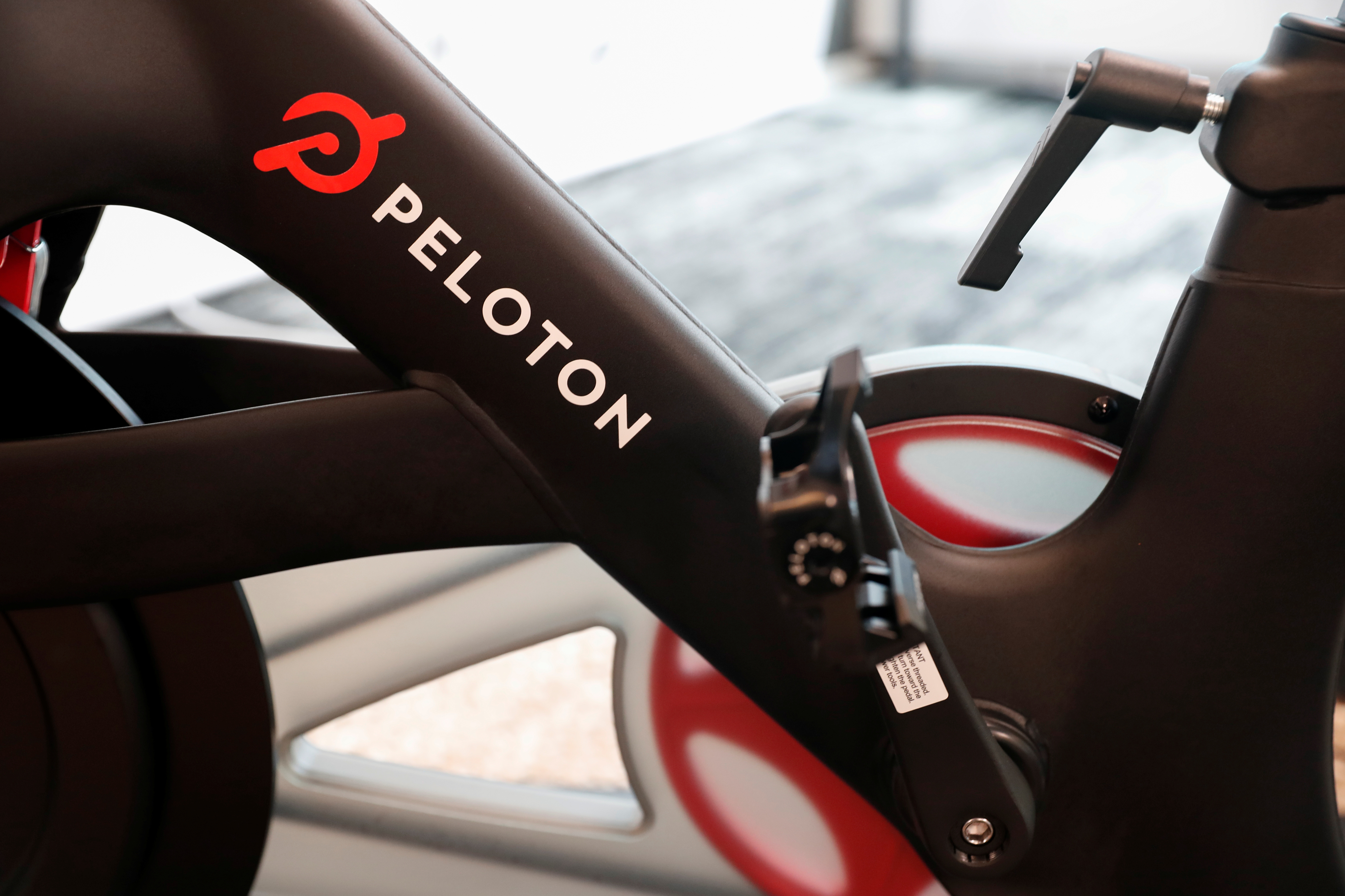 Overuse injury. Peloton Interactive has backed away from its fight with the U.S. Consumer Product Safety Commission over treadmills following the death of one child and dozens of injuries. On Wednesday Peloton said it is recalling them and offering refunds. Chief Executive John Foley apologized. Shares tumbled almost 15%.

The company’s valuation from here hinges greatly on whether die-hard users of its bikes and virtual workouts can brush off the spill. While Cowen says the high-end Tread+ makes up only 2% of Peloton’s hardware sales by unit, Peloton has said that its new, cheaper model will be one of the biggest growth engines.

Peloton has been growing into its valuation. At roughly $22 billion including the drop on Wednesday, the company’s enterprise value is almost half what it was in January. At the same time, on an enterprise value-to-2021 estimated sales multiple of around 6 times, it is well below Uber Technologies. But that depends on sales more than doubling from 2020. Peloton may be able to regain users’ trust. If not, shareholders will have a mountain to climb. (By Robert Cyran)

Clean lifecycle. Jessica Alba’s Honest Co made a star-worthy stock-exchange debut on Wednesday when shares opened more than 30% above the offering price set the day before. On the same day, the U.S. government reported that the number of births last year fell to its lowest level since 1979. The Covid-19 baby bust could be a challenge for Honest.

Diapers and wipes made up 63% of Honest’s top line of $301 million last year. The ethical lifestyle company has expanded to other areas including household cleaning products and cosmetics. Those divisions are growing faster but from a much smaller base.

Based on a market capitalization of around $2 billion, Honest’s enterprise value-to-sales ratio is nearly 7 times, a much higher multiple than consumer stalwarts like, say, Pampers giant Procter & Gamble. Honest isn’t profitable either. “We can really meet consumers at every life stage,” Alba, who launched the company in 2012, told Breakingviews. To justify Honest’s market valuation, she may have to do just that. (By Jennifer Saba)

Office space. ODP, parent company of Office Depot, is shredding Staples’ merger script. After rejecting overtures from its privately held rival, known formally as USR Parent, it said on Wednesday it would separate into two companies. The announcement sent shares up around 10% to almost $47, well above Staples’ January offer price.

According to ODP Chief Executive Gerry Smith, the spinoff has “nothing to do with the Staples transaction at all.” That may be the case, though takeover bids and activist agitation alike often jolt companies into accelerated action. The upshot is that Staples, which had also planned to offload the business-solutions division ODP is now going to spin off, will have to offer a higher price if it wants to buy its peer.

It’s a good outcome for Office Depot’s parent. Staples is the best and probably only bidder for its consumer business. Smith is recreating the effect of a bidding war, telling public investors along the way that he had planned to give them more value all along. (By Lauren Silva Laughlin)

Vroom-doom. General Motors boss Mary Barra has much to be proud of. The $80 billion carmaker’s $3 billion first-quarter net profit blew past estimates. Unlike Ford Motor, it reiterated its 2021 earnings guidance despite a disruptive chip shortage. And its 12-month 155% share price increase bests traditional rivals.

GM now trades at a higher multiple of the next 12 months’ estimated earnings than Ford and usual leader Toyota Motor. Yet a valuation of 10 times earnings implies investors expect no growth. True, Stellantis reckons the chip crisis could last into 2022, longer than Ford and GM expect. But it must irk Barra that shareholders refuse to ascribe the same sort of value to GM’s electric and autonomous tech that new entrants enjoy. Scandal-hit Nikola’s enterprise value trades at 34 times the next 12 months’ sales; GM’s is a measly 0.5 times. That leaves Barra stuck squarely in the slow lane. (By Antony Currie)

Calm before the storm. Intesa Sanpaolo has bolstered its bad credit defences. Italy’s largest lender on Wednesday reported better-than-expected first-quarter net profit of 1.5 billion euros. It’s the bank’s best quarter since 2008, delivering an annualised return on tangible equity of 12%, according to Deutsche Bank analysts. The performance owes much to lower bad debt provisions. Intesa set aside some 400 million euros, equivalent to 0.35% of total loans on an annualised basis. That’s less than some European rivals.

Boss Carlo Messina and investors know the lull won’t last. Intesa shares trade at around 0.8 times its tangible book value, implying an 8% return on tangible equity this year. Once Italy lifts a ban on layoffs, many private clients will default. Yet, as consumer credit accounts for just 6% of its loans, less than half the equivalent share for BNP Paribas and Banco Santander, Intesa is better placed to weather an increase in defaults. (By Lisa Jucca)

Green shoots. Food giants are chasing the same magic beans: fashionable products they can plug into their vast marketing network, amplifying their impact on the bottom line. That’s why Nestlé’s launch of Wunda, a milk substitute made out of peas, may bring out rival Danone’s green-eyed monster.

The French group lost its chairman and chief executive to repeated underperformance. Its plant-based food and drinks – a tenth of sales – are a rare bright spark. Luckily for Danone and whoever comes in as CEO, acquisitions are too pricey, buying them some time before Nestlé will really eat into its market share. But while milk substitutes were only about 100 million Swiss francs ($109 million) of Nestlé’s sales last year out of 84 billion Swiss francs overall, CEO Mark Schneider is seeing double-digit growth and has a stated commitment to the sector. His push into plant-based nutrition makes a fairy tale ending for Danone’s own performance look more fanciful. (By Dasha Afanasieva)

Clouded sky. Stellantis’ maiden ride will get bumpier before it gets smooth. Chip shortages meant the group formed in January from the merger of Peugeot and Fiat Chrysler made 190,000 fewer cars in the first quarter of 2021 than it would have done: 11% of planned production. The problem, already flagged by competitors like Ford Motor, is set to accelerate between April and June, says financial chief Richard Palmer. And it may well continue into 2022.

Despite big challenges in electric cars and China, boss Carlos Tavares is at least starting from relatively solid ground. First-quarter revenue rose 14% to 37 billion euros year-on-year, faster than a 6% rise at Ford in the same period. If Tavares can repeat that in forthcoming quarters, sales would approach 150 billion euros by year-end. That’s 11 billion euros in operating profit, assuming Stellantis hits a 7.5% operating margin target. The only catch is that Refinitiv forecasts suggest analysts have already pencilled this in. (By Lisa Jucca)

Flash crash. Virgin Money UK’s David Duffy is experiencing an unfamiliar problem for bank chief executives: investors are worried about his company’s toppy valuation. Shares in the 2.7 billion pound ($3.8 billion) lender on Wednesday slumped by 6% even though there was nothing alarming in its earnings. Granted, Duffy’s full-year cost target of 890 million pounds was a little higher than the 872 million pounds analysts expected, but that’s hardly enough to justify the fall.

A recent run-up in the shares offers a more plausible explanation. Virgin Money rose by more than 50% between the start of the year and Tuesday. Investors have been betting on eventual higher interest rates and a UK recovery. But that left it valued at almost 80% of tangible book value. Analysts expect a mere 6.6% return on tangible equity next year, in theory meriting a much lower share price. It’s currently at 73% of book value – arguably a tad high. Still, it’s a nice problem for Duffy to have. (By Liam Proud)

Green-ish. National Australia Bank’s green loan to the world’s largest coal port only gets some of the job done. The country’s third-largest lender by market value has led a A$515 million ($398 million) refinancing for the Port of Newcastle – the first such loan to a seaport Down Under.

NAB is tying the interest rate on the sustainability-linked loan to the port reducing its own greenhouse-gas emissions, as well as other goals like ensuring suppliers aren’t involved in slavery. That’s fine, so far as it goes. But it ignores the elephant in the room: The Port of Newcastle makes the overwhelming amount of its money from coal shipments.

Some of the proceeds for the loan are likely to be used to diversify the products it handles. But the lenders aren’t setting any targets on that score. That’s a missed opportunity and risks making NAB’s loan look like the wrong sort of green. (By Antony Currie)

Earnings for the six months to the end of March are better than the 9.7% annualised return on equity implies. Strip out one-offs like the 1MDB-sparked write-down on its stake in Malaysia’s AmBank and some loan reserve releases and the return bumps up to 11.3%, besting Westpac’s adjusted figure.

ANZ is also leaner, with 54 cents of every dollar of revenue spent on costs, compared to Westpac’s 56 cents – and should get that down to 48 cents next year. Westpac, which trades a third above book, wants to slash expenses by 21%, but that’s a tall order and will take time. Elliott deserves more recognition from investors for his efforts. (By Antony Currie)

Weak candidate. Chinese private equity firm DCP Capital Partners is trying hard to impress. Eight months after offering to take U.S-listed 51job private, it has recruited the target’s chief executive and another fund in a second attempt at a $5.3 billion buyout. The offer price is the same, at a mediocre 16% premium to the stock’s undisturbed price before the first bid.

An endorsement from 51job’s boss helps. Shares of the online recruitment group have fallen to more than a fifth below DCP’s offer price this year as the deal stalled. They rallied 11% on the latest proposal, narrowing the discount to 14% as of Tuesday.

DCP is still on shaky ground. The fund, led by former KKR and Morgan Stanley Asia executives, needs to win over Japan’s $77 billion Recruit, 51job’s top shareholder with a 35% stake. It has stayed quiet so far. Sweetening the offer ought to help. Until then, DCP’s buyout credentials are under review. (By Robyn Mak)