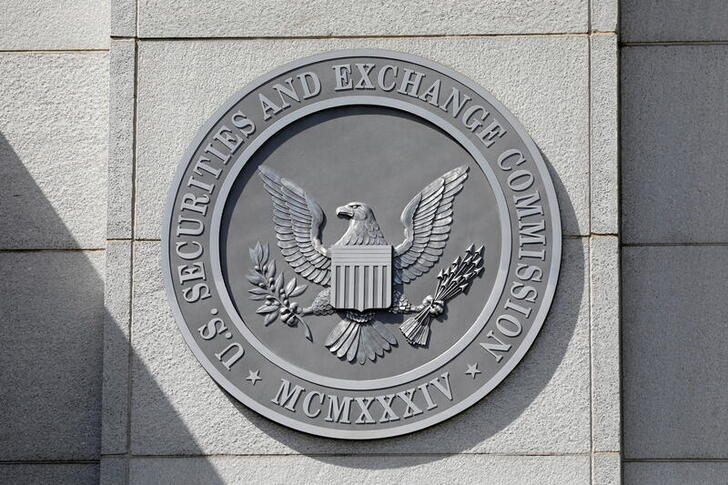 Seeing the invisible. The U.S. Securities and Exchange Commission wants more transparency from large private companies – notably so-called unicorns, or those worth $1 billion or more. Democratic Commissioner Allison Lee reckons such firms offer “absolutely no visibility” for investors, per the Wall Street Journal.

There are nearly 1,000 unicorns, according to CB Insights. Private fundraising is potent: Venture-capital investment hit $330 billion in 2021, according to PitchBook, more than companies raised in all U.S. initial public offerings, according to Dealogic.

Lee’s best argument may be that some private firms effectively exceed the 2,000-shareholder threshold that triggers SEC oversight, but the official tally is lower because many holdings aggregated through a single broker count as only one.

Yet the SEC already has a huge agenda, including policing IPOs and, more importantly, overhauling public-market investor protections when private firms list by merging with special-purpose acquisition companies (Full Story). By making the process of going public fully transparent, the agency would also help keep private companies on the straight and narrow. Until that’s done, a unicorn hunt is a luxury. (By Richard Beales)

Not so iron-clad. Britain’s 4 billion pound cladding fix should raise alarm bells for other industries. On Monday, the government said it would get housebuilders like Persimmon, Taylor Wimpey and Barratt Developments to pay for a larger share of the estimated 15 billion pound cost of removing flammable cladding on apartment blocks. The move, designed to prevent the repeat of a catastrophic fire in 2017, sent builders’ shares down as much as 6%.

The new plan should go down well with voters. Boris Johnson’s government last October said it would hit housebuilders for 2 billion pounds. It had already committed 5 billion pounds of taxpayer money to remove cladding, and homeowners were on the hook to pay the rest. Given the squeeze on living standards and rising energy bills, it’s easy to see why the prime minister may have decided to tap housebuilders for more. The risk, however, is that hitting the sector will hurt housebuilding, exacerbating the UK’s housing shortage. The speed of the U-turn, meanwhile, highlights Johnson’s government’s mercurial attitude towards the private sector. (By Aimee Donnellan)

Riding the high. Tilray is giving investors a double hit of good news. The Canadian pot company said on Monday that it eked out a net profit in the quarter to Nov. 30 from a loss the year prior and that revenue rose about 20% to $155 million in the period, sending its shares up 18% by mid-morning. That’s thanks in part to diversification into alcohol and wellness products. Its merger with Aphria, which closed in May last year, also appears to be on track. The company expects to reach its original $80 million annual cost-cutting target ahead of schedule and generate an additional $20 million in synergies.

That’s not a bad position to be in for Tilray Brands, the company’s new name. Profitability has been elusive for many producers in Canada, while once hyped-up valuations have fallen across the board. Like others itching to access the more lucrative U.S. market, Tilray is hanging its hopes on the hazy prospect of federal legalization. Yet the sector has become increasingly competitive. It’s no wonder investors are clinging onto any good news. (By Sharon Lam)

Malfunction. Atos Chief Executive Rodolphe Belmer is getting off to a bad start in his new job. Shares in the French IT company plunged as much as 17% on Monday morning after Belmer, who joined the company a week ago, said it would miss projections for revenue growth and margins in 2021. The 3.5 billion euro company now expects operating profit to be 4% of sales, down from a 6% target. Free cash flow which was previously supposed to be “positive” will now be negative 420 million euros. Atos blamed delays on projects and additional costs on a 15-year contract signed in 2018.

Investors are anticipating further problems. Including net debt, Atos is now valued at less than 14 times EBIT of around 430 million euros, using the company’s new guidance. Rivals SAP and Capgemini trade at about 20 times. Belmer is set to present a new growth plan by the second quarter. The only consolation for shareholders is that if he fails to impress, private equity firms may once again start circling the business. (By Karen Kwok)

FILE PHOTO: The seal of the U.S. Securities and Exchange Commission (SEC) is seen at their headquarters in Washington, D.C., U.S., May 12, 2021.