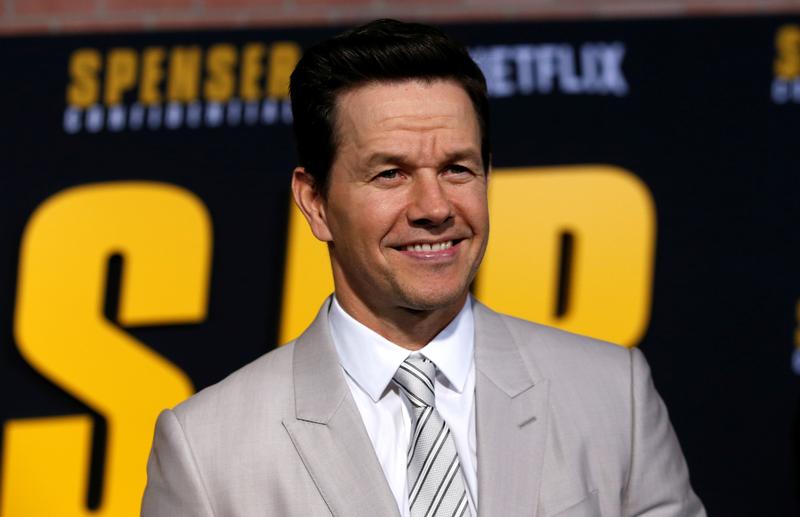 You’re hired. U.S. workers can afford to be pickier. The number of job openings rose to just above 9.2 million in May and there is now a position available for every unemployed person, according to U.S. Labor Department data released on Wednesday. The vacancies-to-jobless ratio has recovered to pre-pandemic levels when the unemployment rate was at a 50-year low. That means businesses will have to do more to attract workers.

Some big names like Amazon.com are offering bonuses, but only 4% of job postings on Indeed.com touted hiring incentives through the week ending June 18. While that’s double the proportion from about a year ago, it’s still relatively low. Nor are wages spiraling higher. Average hourly earnings grew just 0.3% in June from the previous month. Employers will have to do a better job selling their openings if they want to make the most of surging growth. (By Gina Chon)

Feeling the burn. Mark Wahlberg’s fitness company has shown that the projections bandied around in SPAC mergers can sometimes prove conservative. F45 Training, which puts workout-goers through 45-minute sessions, is planning an initial public offering roughly a year after abandoning a merger with a special purpose acquisition company. The delay has paid off: F45 is gunning for a value of $1.5 billion, 80% more than in the SPAC deal.

F45’s revenue fell by 11% in 2020, to $82.3 million. That’s about half what it had forecast before Covid-19. But it’s a solid outcome considering competition from stay-at-home workouts like Peloton Interactive, and beats the scaled-back $60 million forecast F45 put out after the pandemic hit. In the last year its studios, nearly all franchises, also increased by a fifth, more than anticipated.

The market is also hotter now. In the year since F45 agreed to be bought by Crescent Acquisition for $845 million, gym operator Planet Fitness’s enterprise value-to-sales multiple has also doubled. That makes F45’s $1.5 billion price tag seem fair. Sometimes it’s a marathon, not a sprint. (By Lauren Silva Laughlin)

One way to justify the price tag is to assume Wise’s share of global retail foreign exchange payments doubles to 4% by 2025 and that it grabs 0.8% of transactions by small firms – four times the current level. Using the company’s current fee rates, a 20% EBITDA margin and applying a 25 times multiple – slightly less than U.S. peer Square – produces an equity value similar to Wise’s post-float worth. This scenario implies revenue will grow at a 30% compound rate for five years, well above Käärmann’s medium-term goal of 20%. Investors are betting the target is too low. That may not be Wise. (By Liam Proud)

A piece of Reese. Hollywood star Reese Witherspoon may soon be trying on a new hat. She is exploring a sale of Hello Sunshine, the media company that she founded and which produces TV series “The Morning Show,” according to the Wall Street Journal. Apple is circling and the price tag could reach $1 billion, the newspaper reported, even though the financial plan is to be profitable for the first time this year. The “Legally Blond” actor is smart for wanting to cash in on the content bubble.

Take Amazon.com, which just bought MGM movie studio for $8.5 billion, representing some 28 times adjusted EBITDA last year. While that’s nearly twice as much as rival studio Lions Gate Entertainment is worth, Amazon only has half the rights to the marquee James Bond franchise and doesn’t fully own other older film titles either. AT&T’s HBO Max division paid $425 million for a five-year deal to air “Friends” – 5 times more than Netflix stumped up in an earlier agreement. If Witherspoon manages a sale, it will be an Oscar-worthy performance. (By Jennifer Saba)

Prime suspect. Nomura’s shareholders are getting a flashback to March’s Archegos fiasco. The Japanese investment bank lost $2.9 billion from the U.S. fund’s implosion. Now it’s closing parts of its prime-brokerage division that was at the centre of the mess – but not the actual units responsible.

Up for the chop are the U.S and European units that deal in cash stocks for hedge funds, Reuters and Bloomberg have both reported. But it seems Nomura boss Kentaro Okuda is keeping the equity derivatives operations which helped Archegos over-leverage itself.

Granted, the closures are small and won’t materially affect the bank’s bottom line. Yet Nomura’s shares fell 1.4% on the news and are down almost a quarter from pre-Archegos levels. Cash prime brokerage is less profitable than offering clients stock exposure via derivatives, but it is less risky. The shares’ latest drop suggests investors are not yet confident that Nomura has fully put its prime-brokerage woes behind it. (By Jennifer Hughes)

Money makes the world go green. Shareholders, not regulators, are making the loudest noises on climate change. A group of investors with $4.2 trillion of assets under management have written to lenders including JPMorgan, HSBC and Deutsche Bank. Organised by campaign group ShareAction, they’re advocating quicker steps to align banks’ loan books with the goal of keeping global temperature increases below 1.5 degrees Celsius compared with pre-industrial levels, including cutting back on funding coal projects. Compare that with supervisors like the Bank of England and European Central Bank, who are slowly conducting “green stress tests” that won’t initially feed into regulatory capital requirements.

The investor push is necessary. Different companies have varying definitions of what’s meant by “Paris-aligned” and “net zero”. A concerted shareholder effort can unify them. And there’s a precedent for bank investors forcing chief executives into action: after the financial crisis, shareholders demanded that lenders hit new capital targets quickly even though regulators gave them years. (By Liam Proud)

Travel M&A. The pandemic-whacked travel sector is ripe for consolidation. Italian travel catering group Autogrill and larger Swiss duty-free player Dufry are considering a tie-up, Italian newspaper MF said on Wednesday. Shares in Autogrill, 51%-controlled by the Benetton dynasty, rose as much as 5% despite a denial that it was studying a transaction. Yet a merger would make sense. The 2.5 billion euro Italian group made it no secret that a recent 600 million euro capital increase would lead to M&A.

Pulling together Autogrill’s main airport restaurant business with Dufry’s retail activities would ensure cost savings. A larger and more diversified group would also be able to bid for longer and cheaper airport licenses. The tricky part is governance. An all-share deal in which the larger Dufry paid a 30% premium would give the Benettons a stake of just over 20% in the merged group, giving them a powerful voice. Given the logic of a post-pandemic union, Dufry shareholders may be willing to go along for the ride. (By Lisa Jucca)

Weibo wake-up. China’s Twitter-like social-media platform has denied a Reuters report that its founder is planning to take it private at an 80% premium. That will not stop holdout investors in parent company Sina from pricking their ears. They’re battling for a better deal from Charles Chao, chairman of both the web portal and Weibo, whose $2.6 billion buyout offer in September undervalued Sina’s 45% Weibo stake by about $700 million.

Sina delisted in March, forcing unhappy shareholders to pursue a better price via Cayman Islands courts – a process increasingly familiar to investors in U.S.-listed Chinese buyout targets. When Chao first made his Sina bid, Weibo shares traded at $32. They closed near $58 on Tuesday, after Reuters reported a bid could reach $100 a share. Despite Chao’s and Weibo’s protestations that nothing’s afoot, the valuations mentioned will only fuel the determination of those who have taken their fight to George Town. (By Jennifer Hughes)