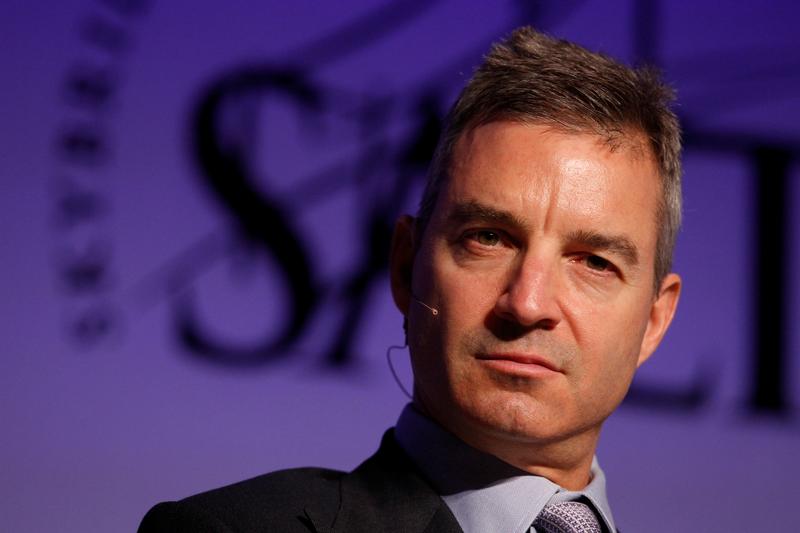 Updraft. Dan Loeb’s hedge fund, Third Point, returned more than 20% last year for investors in its flagship Offshore Fund, Loeb said in a letter to investors on Wednesday. Third Point has made activist bets on huge corporations like Walt Disney and Intel and managed to avoid dangerous short exposure, but it got a big assist from an investment in startup Upstart.

The consumer loan firm went public in December at $20 a share, and its stock more than doubled by the end of the year. Loeb first invested back in 2015, and Breakingviews calculations based on disclosures in his letter and Upstart’s prospectus suggest Third Point turned a total $70 million-odd investment into well over $500 million by Dec. 31. The share price has since more than doubled again.

Another Third Point-backed fintech lending outfit, SoFi, is helping too. It’s selling itself to a special-purpose acquisition company, and the SPAC’s shares have almost doubled since the deal was announced last month. Loeb can thank both for a good start in 2021. (By Jennifer Saba and Richard Beales)

A little bit nuts. Hormel Foods is buying peanuts, but at a price that is anything but. The $27 billion maker of meat products including World War Two staple Spam is buying Kraft Heinz’s nut business, including the Planters brand, for $3.4 billion.

The math looks salty. Hormel will acquire a business with just over $220 million of EBITDA this year, the company’s presentation suggested on Thursday. Deduct depreciation equivalent to, say, 2% of sales, and that leaves $200 million of operating profit. After tax, it’s a return on investment of just 5.7%.

Sure, there are “synergies” of up to $60 million. Hormel has other nut-based products like Skippy peanut butter. But these benefits could take until 2024 to come through, and roughly a third of them depend on making extra sales, rather than cutting costs. Even factoring them in fully, the return is still less than 8%.

That may explain why shareholders docked about $1 billion of Hormel’s market value on Thursday. The retreat from meat doesn’t come cheap. (By Amanda Gomez)

Money talks. Financial engineers at Credit Agricole have been busy. On Thursday, shares in the 30 billion euro French lender rose 4% after it proposed a dividend of 80 cents per share for last year, offering income-starved investors a meaty 8% cash yield. That’s well above most regional rivals drudging under European Central Bank dividend restrictions.

Chief Executive Philippe Brassac’s generosity owes much to the bank’s unusual ownership. Its parent, a cooperative lender, and employees together own around 60% of the stock. They will receive new shares in lieu of cash. That leaves a payout of 914 million euros if all minorities opt for hard currency – just in line with the ECB’s rules, which cap dividends at 20 basis points of the group’s common equity Tier 1 ratio. When the central bank’s restrictions end, Brassac plans a buyback to offset the scrip dilution. In France, you can sometimes have your cake and eat it. (By Christopher Thompson)

Shopping maul. Life is getting harder for shopping mall owners. That’s the message from Unibail-Rodamco-Westfield’s decision to slash its dividend until 2022. The cut, as well as a 11.2% decline in the value of the company’s assets, drove the shares down nearly 12% on Thursday. They had been on a winning streak after activists led by Xavier Niel forced the group to avoid a 3.5 billion euro equity raise, arguing it wasn’t necessary.

An emergency equity raise is still unlikely. Unibail’s net debt of 24 billion euros is equivalent to 45% of the value of its 54 billion euros of properties. To breach the 60% limit in its debt covenants, the assets would need to fall another 25%, according to a Breakingviews calculation. But with malls shuttered and the shift to online shopping accelerating, Unibail’s portfolio is unlikely to bounce back. The activists may have avoided a rights issue, but they can forget about dividends for a long time. (By Aimee Donnellan)

Uninfluential. LVMH boss Bernard Arnault’s decision to suspend the music star’s Fenty fashion label undermines the influencer business model. Launched with great fanfare in May 2019, the French luxury giant hoped for a repeat of the success of the singer’s cosmetics line, which grew sales to 500 million euros a year after its launch. Yet Rihanna’s 91 million Instagram fans did not warm to her $500 track pants.

LVMH’s financial dent is minimal: according to Business of Fashion the company invested $30 million in the venture, just 0.4% of its expected net profit for 2021. But the ripples could be felt elsewhere. Make-up group Coty has spent some $800 million on slices of businesses run by reality TV celebrities Kylie Jenner and Kim Kardashian West. And Italian Instagram star Chiara Ferragni is considering a public offering of her lifestyle brand. Rihanna is a reminder that digital popularity is no guarantee of lasting luxury stardom. (By Lisa Jucca)

Tunnel vision. AstraZeneca is trying to take the focus off vaccines. Though the $130 billion group has created one of the world’s leading Covid-19 jabs, questionable efficacy for over-55s and supply chain snafus in Europe have created headaches for Chief Executive Pascal Soriot. On Thursday, he emphasised the success of the core business, where new drug sales are outstripping older medication, and forecast revenue will increase by a low-teens percentage in 2021, excluding the vaccine rollout.

Starting in the first quarter, AstraZeneca will strip vaccine sales from its core business, reflecting its decision to sell the jabs at cost for the duration of the pandemic. This should help reassure investors who have pushed the shares down 11% since last September, when the company was forced to halt a vaccine trial. AstraZeneca still trades on 20 times forward earnings, well above peers like GlaxoSmithKline. Soriot won’t want the vaccine to infect his premium rating. (By Aimee Donnellan)

Current affairs. Brookfield Asset Management could generate some low voltage in a highly charged atmosphere. The Canadian investment giant is considering an initial public offering of car-battery maker Clarios, Bloomberg reported, after buying it just two years ago for $13.2 billion.

Although there’s no shortage of hype around electric vehicles, Clarios produces ancillary batteries used for accessories rather than the drivetrain. It’s not cutting-edge but delivers steady cash flow. Demand is resilient, as drivers regularly replace them.

Battery peer Energizer trades at nearly 11 times trailing EBITDA. That would value the Clarios enterprise at about $18 billion, based on a September 2020 presentation that shows $1.6 billion of estimated EBITDA. A slightly higher multiple might be warranted because of its technological nous and growing automotive power requirements. That said, the whole industry is vulnerable to disruption. Just last week, Elon Musk said auxiliary batteries need a makeover. That could be a drain on Clarios. (By Katrina Hamlin)

Amped down. AMP may be condemned to another difficult year. The storied but long-struggling Australian money manager revealed that the U.S. investment firm Ares Management has pulled its A$6.4 billion ($5 billion) approach to buy the company made in October. Investors promptly lopped 10% off the stock, which in any event never hit the $1.85-a-share offer.

Chief Executive Francesco De Ferrari is putting on a brave face, with some justification. He hit most of his targets in 2020, the first of a three-year turnaround plan. He could restart dividend payments. And Ares may yet buy the asset-management business, AMP Capital.

Trouble is, that division accounts for more than 60% of AMP’s market value, based on last year’s acquisition of the 15% stake it didn’t already own, on just a third of overall profit before group costs. Getting lumped with the remaining wealth management and more capital-intensive banking businesses may leave shareholders cold. (By Antony Currie)