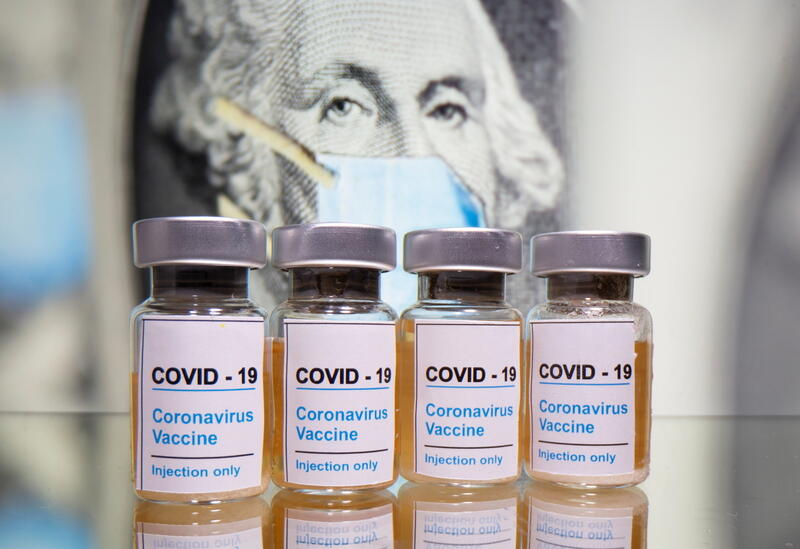 – Beyond Meat partners up with fast food

Different rules. Canada’s rollout of coronavirus vaccines is one of the slowest, hitting only around five people per 100 so far, according to CNN’s tracker. As everywhere, no doubt people wish they could jump ahead. One who did, Mark Machin, just lost his job as chief executive of the Canada Pension Plan Investment Board, which manages some $380 billion.

The tin-eared Machin, a former Goldman Sachs banker, “decided to travel personally” to the United Arab Emirates to get his jab, according to CPPIB. He remains there awaiting the second dose of Pfizer’s vaccine, the Wall Street Journal reports. The board of CPPIB said on Friday it had accepted his resignation. The UAE, for what it’s worth, is behind only Israel among nations with meaningful populations, with 59 of 100 people inoculated with at least one dose, per CNN.

It’s to be expected queue-jumping is happening everywhere, and Machin is just someone in a sensitive role who got caught. Still, it’s an unedifying contrast with the first delivery this week, to Ghana, of vaccines provided under the Covax program, a multilateral effort to get even low-income countries inoculated. (By Richard Beales)

Angel dust. Barclays has won a legal, if not moral, victory over Amanda Staveley. A court on Friday dismissed the financier’s claim the bank owed her 660 million pounds for alleged deceit during a 2008 fundraising. Barclays didn’t emerge unscathed. Judge David Waksman said it misled Staveley into believing her PCP vehicle, representing an Abu Dhabi client, would get the same terms as Qatari investors. Waksman also agreed that, had she known about those other terms, Staveley would have negotiated a better deal.

The problem, Waksman said, was that Staveley wouldn’t have earned extra fees in this scenario, since her payment depended on raising hard-to-find debt finance. Barclays’ deceit therefore didn’t directly scupper her payday. Staveley, who could appeal, will be pleased that the judge said Barclays lied. But you can’t eat an ethical victory. Meanwhile Barclays, after avoiding a punitive state bailout, has now escaped legal damages. That’s the kind of win shareholders can get behind. (By Liam Proud)

Grills and spills. Beyond Meat is spreading its meatless message. The $9 billion maker of plant-based burgers is going to be the “preferred supplier” for the McDonald’s McPlant burger, and will partner with Yum Brands to sell vegan-friendly protein for fried chicken and pizzas. It’s an effective route to customers’ stomachs, though maybe not their hearts and minds.

Beyond Meat boss Ethan Brown said the impact from the partnerships would be “fairly modest” on Thursday’s earnings call. But every dollar helps. Revenue growth last year slowed to 37%, compared with a 239% jump the year before. Brown isn’t saying where he thinks revenue will head in 2021.

Beyond Meat has a premium valuation to live up to. Its enterprise value is 22 times estimated sales for 2021, according to Refinitiv, more than 10 times the multiple of Kellogg and J.M. Smucker. Being the unbranded filling in McDonald’s burger buns is a way to shift burgers, but not a recipe for premium pricing power – which is the ingredient this company needs. (By Amanda Gomez)

Served too hot. DoorDash has something any food-delivery service would want: access to a huge captive audience of eaters stuck at home. The $50 billion company said on Thursday that fourth-quarter sales rose 226% year-over-year to $970 million.

The U.S. market leader will, however, find it tough to keep up its scorching growth when customers can once again eat out comfortably. About half of American adults plan to dine out in the coming months, according to a National Restaurant Association survey. Branching into subscriptions may help, but competition is already intense thanks to Uber Technologies’ Uber Eats service and Grubhub. And customers aren’t loyal, as DoorDash Chief Executive Tony Xu noted.

Since the 86% first-day trading pop following its initial public offering in December, the company’s shares have declined more than 15% as of New York morning trade on Friday. Its enterprise value though is not far off 15 times the next 12 months’ estimated sales, according to Refinitiv data. That’s higher even than Chinese food-delivery giant Meituan, which unlike DoorDash is profitable. Fingers may get burned. (By Jennifer Saba)

Splitting the CEO and chairman roles – as French yoghurt giant Danone is under pressure to do – would be a start. At least Amundi boss Yves Perrier had the excuse of having delivered stellar returns. By contrast, Saint Gobain’s total returns of 38% over the past five years are well below the STOXX Europe Construction index, according to Refinitiv data. Including debt, its shares also trade at a discount to rivals LafargeHolcim and Sika. A 3% bump on Friday reflects Saint Gobain’s solid post-Covid building prospects. Sustaining the recovery may require a proper boardroom refurbishment. (By Christopher Thompson)

Fighting on. Investors in struggling Australian money manager AMP were understandably aggrieved two weeks back when a potential deal to sell the company to Ares Management failed to materialise. Now Chief Executive Francesco De Ferrari is close to pulling off what may be the next best thing: selling a majority stake in its lucrative infrastructure and real-estate arm.

The U.S. investment firm is again the bidder, proposing to pay almost A$1.4 billion ($1.1 billion) for a 60% stake. That’s more than 5% of the $59 billion in assets the unit manages – lower than the almost 7% Ares itself trades at, but decent enough given AMP’s issues.

De Ferrari still has to convince shareholders that the remaining wealth-management and banking divisions are winners. But hanging on to a stake in a prized unit that will be under new, respected ownership is the kind of schmuck insurance that could keep them around. (By Antony Currie)

Digital Big Bang. At last, a post-Brexit strategy for financial services, only this one may be undone by the remote-working revolution. At the request of finance minister Rishi Sunak, payments guru and former Worldpay boss Ron Kalifa has gathered recommendations to strengthen Britain’s credentials as a financial technology hub. Companies like TransferWise and Revolut already account for a tenth of global fintech revenue, compared with Britain’s 2% share of world GDP.

A 1 billion pound Fintech Growth Fund should help close a funding gap for startups in their third or fourth investment rounds. Fast-track visas for coders with job offers will attract foreign talent, which accounts for 42% of Britain’s fintech employment. The big question is whether traditional geographic hubs will retain their pull after the Covid-19 work-from-home revolution. Why should Revolut bother with UK visas if it can hire Polish programmers to work from Warsaw? (By Liam Proud)

Vials with a sticker reading, "COVID-19 / Coronavirus vaccine / Injection only" are seen in front of a displayed U.S. dollar banknote with George Washington and a printed mask in this illustration taken October 31, 2020.