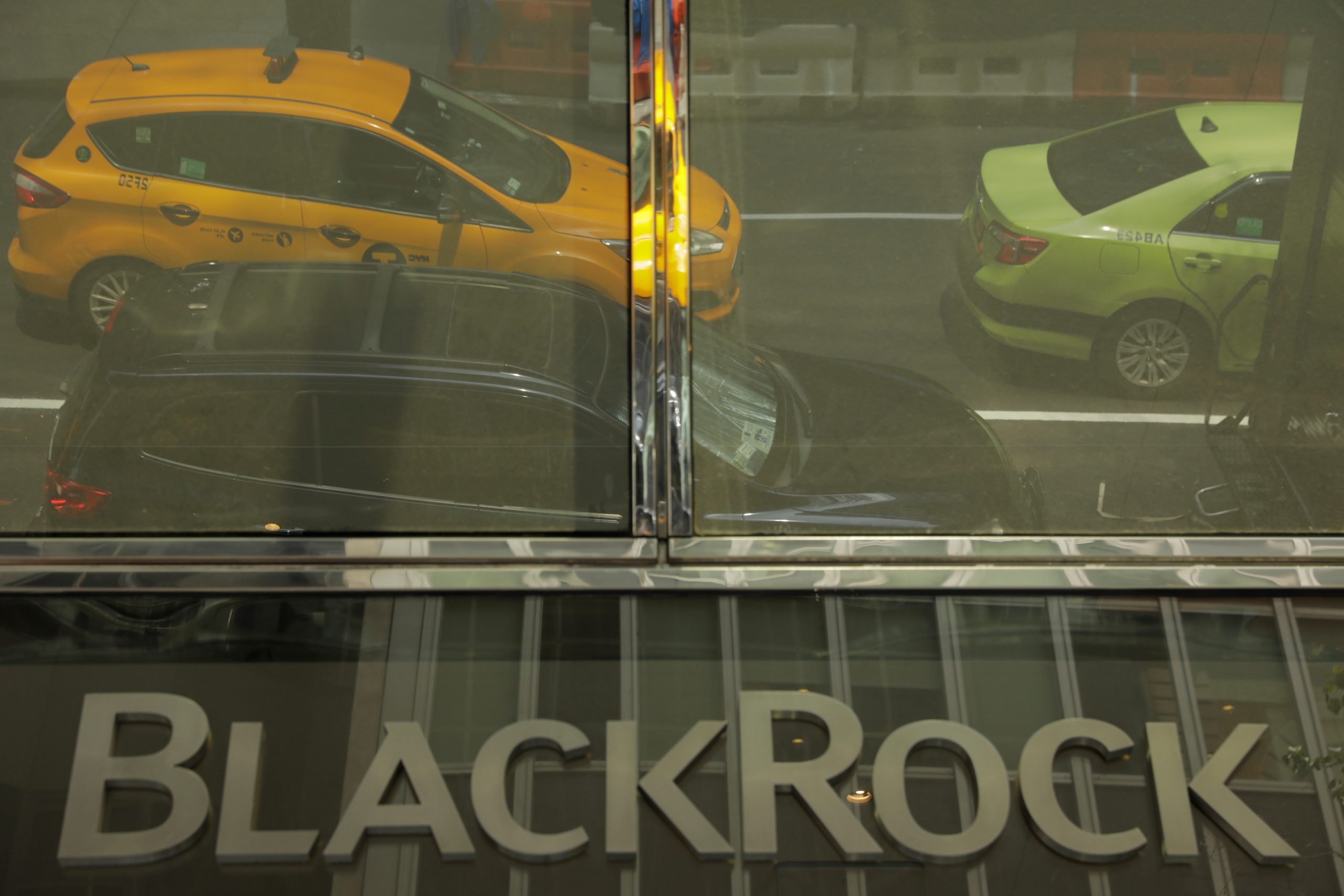 BlackRock’s delight. Nobody in financial markets really likes to see a meltdown like Archegos Capital Management’s over the weekend. But the implosion of Bill Hwang’s family office – essentially a private hedge fund – is nonetheless handy ammunition for BlackRock.

In its defense, BlackRock can point to several historical debacles involving individual hedge funds that borrowed too much, like the collapse of Long-Term Capital Management in 1998. With Archegos, which couldn’t meet margin calls on highly leveraged contracts relating to stocks like ViacomCBS, there’s an example that’s bang up-to-date. The fund’s woes forced sales by counterparties, landing Credit Suisse, Nomura and others with big losses. That’s what you call systemic. (By Richard Beales)

Blank tongues. Managers of special-purpose acquisition companies are giving investors the silent treatment. When hosting calls to explain their chosen transactions – such as Bespoke Capital Acquisition’s deal for Vintage Wine Estates, Jaws Spitfire Acquisition’s purchase of Velo3D, or BowX Acquisition’s deal with WeWork, SPAC executives and chieftains of their targets are not opening the line to questions.

Unlike a public company announcing a major deal, they don’t tend to make themselves available other than for set-piece presentations. Often Q&A sessions on investor calls are little more than an opportunity for analysts to lavish praise on management anyway. And there are benefits to SPAC disclosures: They are usually detailed, including projections for the business, and everyone receives the same information.

Still, the no-questions habit misses any opportunity to put the architects of a SPAC deal on the spot publicly, perhaps even to address said projections. With the SPAC market red hot and the dealmakers in line for massive payouts, it’s not unreasonable to think they should answer for their decisions. (By Lauren Silva Laughlin)

Disappointing oneself. Bill Ackman fancied himself a SPAC overachiever. Not only did the hedge fund manager raise a massive $4 billion for his special-purpose acquisition company, Pershing Square Tontine Holdings, last summer. He also set an ambitious target timeframe to find a deal: the end of the first quarter this year.

That isn’t going to happen, he told investors in his Pershing Square business on Monday. Shares of the related blank-check company were oddly trading at a huge premium to the vehicle’s cash balance earlier this year, although no deals had been floated. They’ve since come down closer to their listing price.

Finding an acquisition won’t be easy. Already this year the number of SPACs issued and the cash raised, almost $100 billion according to SPAC Research, have overtaken all of 2020. That means competition for deals. The size of Ackman’s SPAC further narrows his options. Reaching for several superlatives at once is a challenge, even for the most seasoned market maven. (By Lauren Silva Laughlin)

Price of talent. Having picked a dealmaker for its next chief executive, UniCredit is embracing the investment banking pay culture. Andrea Orcel will receive shares worth up to 5 million euros for joining Italy’s second largest lender next month. The handout is twice Orcel’s 2.5 million euro annual salary, and cannot be clawed back or adjusted if the former head of UBS’ investment bank disappoints. Compare that with the restraint of former head Jean Pierre Mustier: he cut the CEO’s fixed salary by 40% to 1.2 million euros, and waived annual bonuses and any severance pay.

Proxy advisors ISS and Glass Lewis recommended on Tuesday investors reject the bank’s remuneration policy. UniCredit’s generosity certainly looks out of line with the pain shareholders have suffered during the pandemic. Still, Orcel is a tough negotiator: he is still suing Banco Santander for 112 million euros after it cancelled his appointment as CEO. And UniCredit is desperate: after Mustier’s departure, it needs a credible new boss. Investors are unlikely to rock the boat. (By Lisa Jucca)

Smoked out. Turkish President Tayyip Erdogan has been burning the midnight oil. In an official decree on Tuesday he fired a deputy governor at the central bank, Murat Cetinkaya, and replaced him with former Morgan Stanley banker, Mustafa Duman. The rapid hiring and firing reinforced investors’ concern about political meddling in an institution that is supposed to be independent and drove the lira down 1% against the dollar.

On Monday evening Erdogan repeated his call on Turks to convert their foreign exchange and gold holdings into lira assets. And it’s good news that his advisor ruled out using capital controls on Monday while the new central bank governor, Sahap Kavcioglu, insisted an April rate cut is not a given. But that may not be enough to prop up the lira as long as investors fear that political pressure will deter the central bank from tightening policy to curb inflation. (By Dasha Afanasieva)

Coming to Gref. Sberbank is struggling to find a good match. Russia’s biggest bank and social media group Mail.ru plan to break up their $1.6 billion joint venture, the Financial Times reported. The decoupling would be Sberbank’s second split with a major tech group: last year Chief Executive German Gref parted with search engine and ride-hailing group Yandex. A clash of cultures between the state lender and entrepreneurs doesn’t help.

The $87 billion bank arguably needs Mail.ru more than the other way around. Gref wants 60% of Sberbank’s sales to come from “tech ecosystem” services like e-commerce and streaming by 2030, compared to just 2% last year. The bank’s 100 million customers should help, but achieving this organically is still a stretch. Given the culture clash, outright takeovers risk quashing targets’ entrepreneurial spirit and devaluing the acquisitions. If Gref wants his transformation to be successful, he’ll need to compromise more. (By Dasha Afanasieva)

Fog on the Rhine. Germany’s first major post-virus pay deal is a disappointment for workers and the European Central Bank. IG Metall, the country’s largest trade union, on Tuesday agreed a 2.3% wage hike with employers in North Rhine-Westphalia for the period up to October 2022. As in other years, the settlement will be a benchmark for metalworkers in Europe’s largest economy.

Citi analysts calculate that the annual pay increase for 2021 works out at a measly 1.5%, following no pay growth last year. An increase closer to the 4% seen in 2018 and 2019 would have helped ECB President Christine Lagarde’s fight to boost persistently low inflation. It’s also a knock for Germany’s post-pandemic economic model. The government’s recent spending splurge raised the prospect of a country less reliant on exports and more on domestic demand. A miserly pay hike for a key sector looks like a step backwards. (By Liam Proud)

The well is dry. Cairn Energy’s years-long tax fight against India is two steps forward and one step back. New Delhi is petitioning the Dutch Court of Appeal to set aside an arbitration award made in the British company’s favour. Prime Minister Narendra Modi’s government may be buying time to find another solution, but delays are expensive; as interest accumulates, the award’s total value has risen from $1.4 billion in December up to $1.7 billion, according to a person familiar with the situation. That’s twice Cairn’s market capitalisation in London.

The petition increases the prospect that Cairn will take aggressive steps to enforce or monetise the award now registered in the Netherlands, United Kingdom, United States, Canada, France and Singapore. Cairn could try to seize physical or financial assets held overseas by the government of India or sell the award to aggressive debt collectors. Neither party will want such outcomes. There are hopes the UK Prime Minister Boris Johnson’s visit to India in April will break the impasse. If not, Cairn might have to get its hands dirty. (By Una Galani)