18 May 2021 By Breakingviews columnists 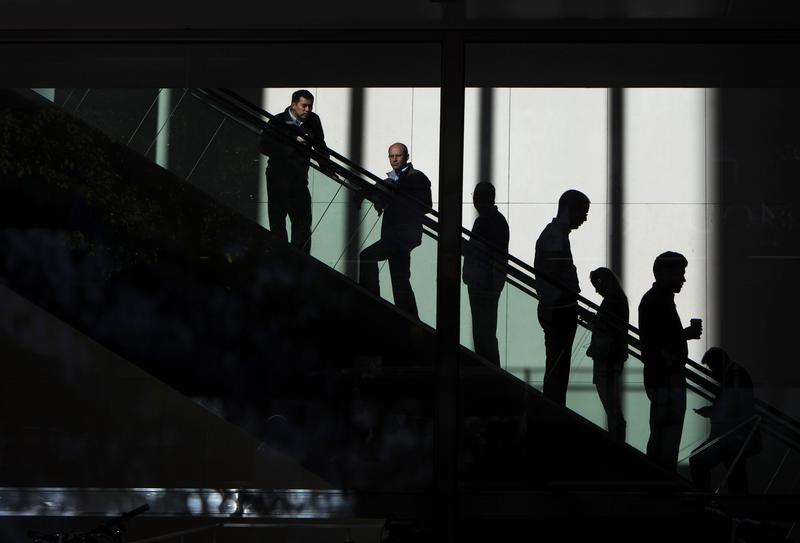 Game of Thronezzz. JPMorgan is shuffling its top executives and dodging a big question. The U.S. lender’s head of consumer banking, Gordon Smith, is to leave at the end of the year and is handing the running of his division to two fast-rising executives, Jennifer Piepszak and Marianne Lake. Daniel Pinto, who runs JPMorgan’s investment bank, will become the sole chief operating officer, a job he and Smith currently share.

Jamie Dimon, of course, remains both chief executive and chairman, and who will succeed him is no clearer than before. Pinto’s is more of an understudy role. Piepszak and Lake are in the ascendant, but making them share Smith’s role – and only some of it – mutes the compliment.

The board has yet to directly address Dimon’s future. With over 15 years in situ, he could hang on for several years more. JPMorgan’s owners, though, may be ready for a change. At Tuesday’s annual meeting, 48% of them voted to strip Dimon, or at least his successor, of the chairman role, something only 42% backed last year. Guessing games that run too long risk becoming silly games. (By John Foley)

Late arrivals. FirstGroup is facing some investor opposition to its $4.6 billion U.S. bus sale. The UK travel group in the past two years has faced an activist campaign by hedge fund Coast Capital Management, which pushed for a breakup. In April it announced the sale of First Transit and the iconic yellow school bus operator First Student to buyout group EQT. Yet Coast on late Monday threatened to block the sale, arguing it was too cheap and that shareholders should receive more of the proceeds.

Decoupling. When mergers get going, those merging look for certainty. One form of insurance is a break fee payable if one partner jumps, say, for a better deal. So it is with AT&T’s merger of its media assets with Discovery. The larger company’s break fee would be $1.8 billion, while Discovery boss Chief Executive David Zaslav would have to come up with $720 million.

That’s in proportion to the two companies’ contributions to the new entity. But Discovery’s lower cost would be more painful, absorbing a third of the company’s cash and leaving its entire future in limbo.

It could be worse. In Canadian National Railway’s bid for U.S. railroad Kansas City Southern, there might be two fees. Canadian National looks to have wooed Kansas City away from an agreed merger with Canadian Pacific Railway. If it stays that way, the Montreal-based operator will have to pay the $700 million penalty built into Kansas City’s original deal. But if regulators won’t bless the revised union in the promised form, Canadian National might end up paying another $1 billion break fee, to the consternation of Chris Hohn of TCI Fund Management. Two break fees are definitely not better than one. (By Richard Beales)

Silly jargon aside, it’s a smart move. By 2025 UBS estimates car software, like self-driving downloads, could generate $81 billion in operating profit globally – a sum which could more than quintuple by 2030, vastly outpacing comparable earnings from vehicle sales. Assume Stellantis accounts for 8% of that – in line with last year’s market share according to LMC Auto – and the JV may add nearly $7 billion in 2025 operating profit, about four-fifths of its result last year.

That Tavares has chosen to partner with an established tech player – rather than go-it-alone like Volkswagen – might also streamline his company’s route to market. With shares valued at 7 times forward earnings, a discount to VW, shareholders could yet receive a welcome jolt. (By Christopher Thompson)

Missing the point. What’s the English for laissez-faire? After years of being outfoxed by Europeans in Brexit negotiations, Britain has clawed back a mini-victory. The Eurostar cross-Channel rail service on Tuesday announced a 250 million pound bailout underpinned by its shareholders, the French and Belgian governments and pension fund Caisse de depot et placement du Quebec. UK cash was notably absent.

Even after Britain’s departure from the European Union, Eurostar is a vital part of the UK’s transport industry, and thus deserving of state support. An investment would also have burnished the government’s climate-change credentials. Yet after observing Paris’s readiness to put its hand in its pocket for struggling Air France, Prime Minister Boris Johnson correctly surmised that he wouldn’t have to for Eurostar. That may be short-sighted. Eurostar’s equity would have come cheaply, and a stake could have yielded wider political dividends in demonstrating Britain’s willingness to keep the post-Brexit communication lines open, literally. (By Ed Cropley)

Poor housekeeping. Accor is making a cheeky late attempt to jump on board the special purpose acquisition company bandwagon. The $10 billion owner of hotels like the Savoy is speaking with advisers about listing a SPAC later this year, according to Bloomberg. Chief Executive Sebastien Bazin is considering raising up to 300 million euros to splurge on targets in the leisure and lifestyle sectors, the report added.

It’s an odd move. If Bazin reckons big money can be made in leisure then it’s hard to see why he doesn’t use Accor’s own balance sheet, rather than raise external funds. A SPAC wouldn’t be helped by the French hotelier’s recent performance, with its shares down 17% share price since last February, compared to InterContinental Hotels’ stock which is up 3% in the same period. And the offering would come just as investors are souring on blank-cheque vehicles. Bazin may have missed the SPAC check-in. (By Aimee Donnellan)

Coup de théâtre. Scor’s botched succession could yet have a happy M&A ending. Shares in the 5.1 billion euro French insurer rose by 4% on Tuesday after a sudden decision by the board to pick Laurent Rousseau to replace Chief Executive Denis Kessler, who is standing down for personal reasons, and separate the CEO and chair roles a year earlier than planned. If shareholders feel befuddled, spare a thought for poor Benoit Ribadeau-Dumas: the man only became deputy CEO in January as a prerequisite to replace Kessler in 2022. He now can’t, the board says, due to his lack of industry experience.

The rushed appointment of 42-year-old Rousseau, a former JPMorgan investment banker, is compounded by Kessler remaining as chairman. Scor looks pretty silly. Still, its governance shortcomings may yet invite predators: since Kessler rebuffed an 8.2 billion euro takeover by Covea in 2018, Scor shares have fallen by roughly one-quarter and trade at 8 times estimated 2022 earnings, a discount to peers, according to Refinitiv data. The debacle might persuade Covea, which already owns 8% of Scor, to take another look. (By Christopher Thompson)

Capital idea. Telecommunications investors are getting a sense of cash flow déjà vu. AT&T’s exit from content, via a merger of its WarnerMedia unit with Discovery, has at least put paid to bosses splashing the cash on glitzy media projects. But shareholders remained unconvinced about their broader credentials as sober guardians of capital.

Take UK and French operators Vodafone and Iliad, whose shares fell sharply on Tuesday amid concerns about stepped-up investment on 5G and other innovations. Vodafone’s free cash flow fell nearly 12% last year to 5 billion euros. Even though it is guiding to 5.2 billion euros this year, that excludes growth spending at its Frankfurt-listed Vantage Towers subsidiary. Of course, judicious long-term investments should yield rewards, and Vodafone stressed that its dividend was rock solid. But after vast sums lavished by sector bosses on everything from spectrum licences to sports deals, investors are understandably nervous. (By Ed Cropley)

Fizzy growth. Big Beer is on the prowl for growth. South African wine, cider and spirits maker Distell said on Tuesday that Heineken had approached it regarding a sale. There’s no price yet but given $2.3 billion Distell’s resilience during South Africa’s pandemic alcohol bans, the $69 billion Dutch brewer may need to stump up a chunky premium.

Heineken needs the Amarula cream liquor maker more than vice versa. Having invested in its manufacturing, Distell was able to quickly increase production and boost market share when bans ended. Its revenue grew almost 4% year on year in the six months to December despite losing a fifth of its trading days to the pandemic in its biggest market. The deal would also make world’s biggest brewer Anheuser-Busch InBev, which struggled in Africa last year, feel the burn. Distell shares’ 3% rise on the news looks modest given that a proper 30% control premium would imply their company is worth $3 billion. (By Dasha Afanasieva)

Not delivering. The disappointing debut of SF Holding’s $300 million real estate investment trust shows even decent assets can’t distract Chinese investors from the parent’s troubles. The $46 billion Shenzhen-listed logistics company on Monday spun off three properties in a Hong Kong REIT listing. The issue price equated to a forecast rental yield of 5.5% for 2021, per an estimate by Refinitiv IFR, but when trading opened it promptly plunged to close 16% below its IPO price.

The reaction underscores broader concerns about the courier giant’s financial health. In April SF shocked investors when it reported a $152 million net loss for the three months to March – its first quarterly loss since going public – due to soaring costs of expanding new businesses amid a fierce price war. SF shares have lost half their value since February.

The discount on the logistics properties may seem extreme. On the other hand, tenants connected to SF Holdings provide four-fifths of the REIT’s revenue. Investors have cause to take a holistic view. (By Yawen Chen)