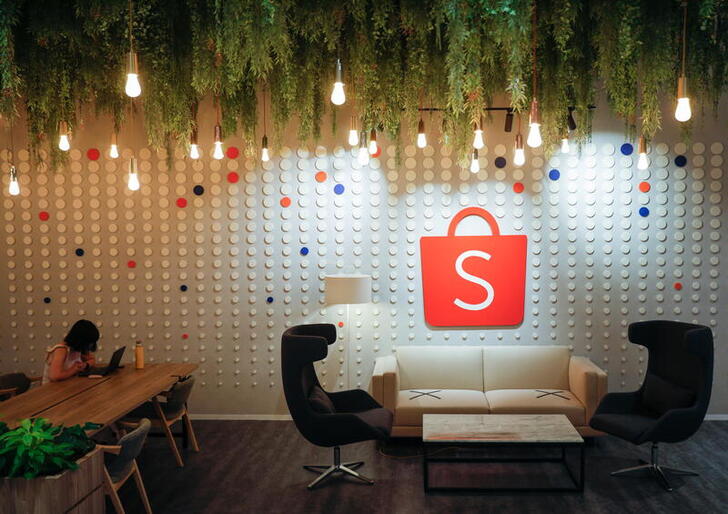 Yet the $162 billion company is spending heavily to grow, although management says it is doing so efficiently. Even as the adjusted EBITDA loss per order at its e-commerce division fell by a respectable 20% year-on-year, Sea’s overall sales and marketing expenses more than doubled. Total adjusted EBITDA at the group swung to a loss during the period.

For now, investors are looking past the cost of expanding into Latin America and its push into food delivery: Sea shares closed up 6% in New York. As competition increases more scrutiny will fall on its rich valuation. (By Sharon Lam)

A person sits near a sign for Shopee, the e-commerce arm of Southeast Asia’s Sea, at an office in Singapore, March 5, 2021.