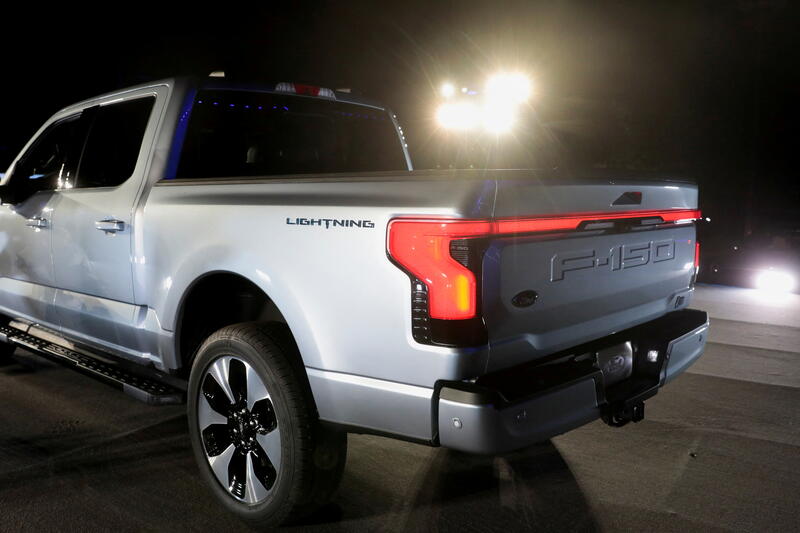 Keeping Motown together. Ford Motor can be its own private equity owner. The Detroit automaker said on Wednesday that it won’t separate the ownership of its electric-car business from its internal combustion operations. However, it is reorganizing internally to split its electric and gas-guzzler units – and plans to run the latter for efficiency and cash.

The business which has lots of current earnings but an uncertain future is an obvious target for a debt-heavy financial buyer. But Ford would prefer to use the cash to fund its now-$50 billion plan to turn the company electric. To help things along, the combustion engine business will strip out $3 billion of costs within three years and be cautious on capital spending.

The plan should help Ford hit a 10% overall profit margin before interest and taxes by 2026, up from 7.3% last year. That’s still short of rival General Motors, which earned an 11.3% margin in 2021. Ford’s stock was up 5% on Wednesday nonetheless, as investors welcomed its expanded ambitions in electric vehicles and the hope of getting a clearer look at that business in future. For now buyout firms can only look on. (By Jonathan Guilford)

Testing taper. BioMerieux’s Covid-19 woes could be eased with a merger. The 10 billion euro French diagnostic firm spooked the market on Wednesday by warning that sales for this year are forecast to decline by between 3% and 7%, as the pandemic recedes and the need for Covid-19 tests eases. The company’s shares fell as much as 12%, bringing their decline this year to 32%.

Chief Executive Alexandre Mérieux’s troubles are likely to intensify. Inflation is driving up the cost of medical supplies and labour, which will further squeeze margins. That makes a deal with German-Dutch rival Qiagen more appealing. A merger, mooted last November, would bring cost savings and create a European testing rival to U.S. giant Abbott Laboratories. BioMerieux’s relatively poor share performance means both companies have a similar market capitalisation, making a merger of equals easier. If Mérieux dawdles, he may open the door to a cheeky bid from another rival that his disenchanted shareholders find hard to reject. (By Aimee Donnellan)

Digital churn. Geopolitical and viral waves are crashing down at $70 billion Sea. After falling some 30% since the start of the year, the Southeast Asian giant’s New York shares shed another 13% on Tuesday following damp revenue guidance in its mainstay mobile gaming business for 2022.

Sea’s lucrative gaming division has been funding an ambitious expansion in its other businesses: the unit’s 71.5% full-year gross profit margin was four times the level it achieved in e-commerce. But founder and boss Forrest Li expects video-game sales to fall 30% in 2022. Forecasts for runaway topline growth at the loss-making shopping and financial technology businesses is scant consolation.

Gamers are spending less time online and a ban on its hit game “Free Fire” is biting in India, where authorities are cracking down on Chinese apps. China’s Tencent remains a top backer of Sea even after a share rejig this year. Until things settle on all these fronts, Sea’s stormy outlook in its strongest business will weigh it down. (By Una Galani)

Weather-beaten. Fossil-fuel companies are not all created equal, as Shell’s latest investment in Australia shows. The oil producer’s agreement to buy a 49% stake in WestWind Energy Development will help its new partner speed up deployment of almost 5 gigawatts of renewable projects. It puts coal-heavy power provider AGL Energy up against a stiffer breeze.

The country’s largest electricity generator and retailer is so short on cash it had to pay recent dividends in stock. It also set up a fund to try and attract the money needed to switch from coal, having devoted no capital expenditure to renewables since 2016, per activist shareholder Snowcap Research.

Shell, meanwhile, generated $45 billion of cash flow last year thanks to rising oil prices, and it plans to spend barely half that amount this year on new projects and such. The faster that wind and solar farms are brought online Down Under, the worse AGL’s coal-heavy portfolio will perform, exacerbating its dilemma. That should help make a takeover bid led by Brookfield Asset Management all the more appealing. (By Antony Currie)