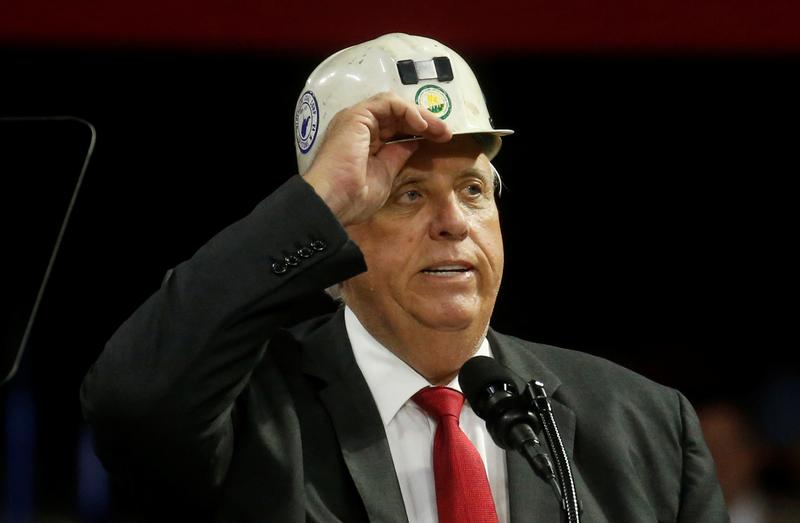 Doing the Charleston. It isn’t only politicians in Britain who are suffering from the collapse in March of supply-chain lender Greensill Capital. The governor of West Virginia, Jim Justice, could be personally on the hook for $700 million of loans taken out by his coal companies, according to the Wall Street Journal.

The business of helping companies manage trade- and inventory-related cash flow is as old as the Blue Ridge Mountains. Greensill, however, pushed the limits in terms of risk and complexity. The comeuppance, triggered by Credit Suisse freezing funds that bought Greensill’s loans, has put borrowers such as industrialist Sanjeev Gupta’s steel empire under pressure.

The West Virginia governor’s Bluestone Resources is another company caught in the fallout. If Justice does have to stump up, it’ll be a more tangible hit than the one suffered by former UK Prime Minister David Cameron. Cameron, a paid Greensill adviser, was hauled in front of lawmakers to explain his lobbying during the coronavirus crisis. It was embarrassing, but his bank balance will probably remain largely intact. (By Richard Beales)

Short-sighted. Aggressive short-sellers are being urged to restrain themselves Down Under. The Australian Securities and Investments Commission on Tuesday issued guidelines for what it considers best practices. They include releasing reports outside trading hours, disclosing conflicts of interest and avoiding “overly emotive, intemperate or imprecise language.”

Many of the recommendations seem reasonable, and it’s encouraging that the regulator acknowledges the price-discovery benefits the most bearish investors bring. It’s not clear, though, whether stock bulls are required to be less effusive or similarly time their trading calls. At least Australia isn’t banning the practice as South Korea and others have.

ASIC seems to understand the art of the short. In addition to advising targeted companies to request a trading halt and respond promptly to attacks, it warns that activist campaigns tend to seek out “opaque corporate structures and accounting practices, or poor disclosure.” That perceptiveness doesn’t exactly square with another piece of guidance for short-sellers: to run their facts by their marks ahead of time. (By Jeffrey Goldfarb)

Chocs away. Nestlé is failing the fitness test. According to an internal document cited by the Financial Times, more than 60% of the KitKat maker’s mainstream food and drinks do not meet a “recognised definition of health”. That jars with a strategy of “health, nutrition and wellness”.

The analysis only focuses on half the Swiss group’s portfolio, though Chief Executive Mark Schneider isn’t deaf to the charges. Since a Third Point attack in 2018 which pushed a similar strategy, he’s sold down ice cream, dumped U.S. confectionery, ditched Herta sausages and expanded pet food. The latter represented 14% of sales in 2018 compared to 17% last year. Nutrition and health science shrunk during the period, but that’s because Schneider sold a Botox unit to focus on nutrition, recently acquiring much of supplements maker Nature’s Bounty. But Aeros or greasy Hot Pockets will never be good for you, so ramping up divestments is now a vital ingredient. (By Dasha Afanasieva)

Generali sound. Assicurazioni Generali is doing some well-timed pandemic M&A. The 27 billion euro Italian insurer launched on Monday a 1.2 billion buyout of smaller domestic rival Cattolica, in which it bought a 24% stake last year. Generali’s cash bid of 6.75 euros a share is 40.5% higher than Cattolica’s six-month average stock price weighed by traded volumes. But it still looks like a steal. Shares in Cattolica, which counts Warren Buffet as one of its top investors, have been declining since hitting a peak of around 27 euros before the global financial crisis, and were higher than Generali’s bid price before Covid-19.

The deal, which values Cattolica’s equity at 1.5 billion euros and comes with 700 million euros of health and property premiums, makes sense. Generali has just over 2 billion euros of firepower for M&A. Expected annual synergies of 80 million euros will be worth 600 million euros once taxed and capitalised, just about covering Generali’s premium. It’s a valid way to boost the Italian insurer’s domestic leadership position. (By Lisa Jucca)

Fizz-free. Price pops for initial public offering debuts are nice, but listings are a long-term game. So say bankers when their client slides on the first day of trading. Snack and juice maker Monde Nissin, which also owns meat alternative Quorn, opened flat in Manila following its $1 billion float – the Philippines’ biggest by some margin. But even record-breakers will struggle to outrun their market and Manila’s record on IPOs is not great.

Of the country’s last 10 food and beverage IPOs, half averaged a 13% debut drop, and another four averaged a 6% rise according to analyst Oshadhi Kumarasiri of Lightstream, publishing on Smartkarma. Only one managed a genuine pop, up 50%. The good news is that those opening down tended to trade steadily after and rally by the third month. Monde Nissin priced its snacks and Quorn units fairly, Breakingviews estimates. The fizz is merely on hold for now. (By Jennifer Hughes)

Jim Justice II, Governor of West Virginia, puts on a coal miner's hat that he said belonged to his father, at a Make America Great Again rally at the Civic Center in Charleston, West Virginia, U.S., August 21, 2018.