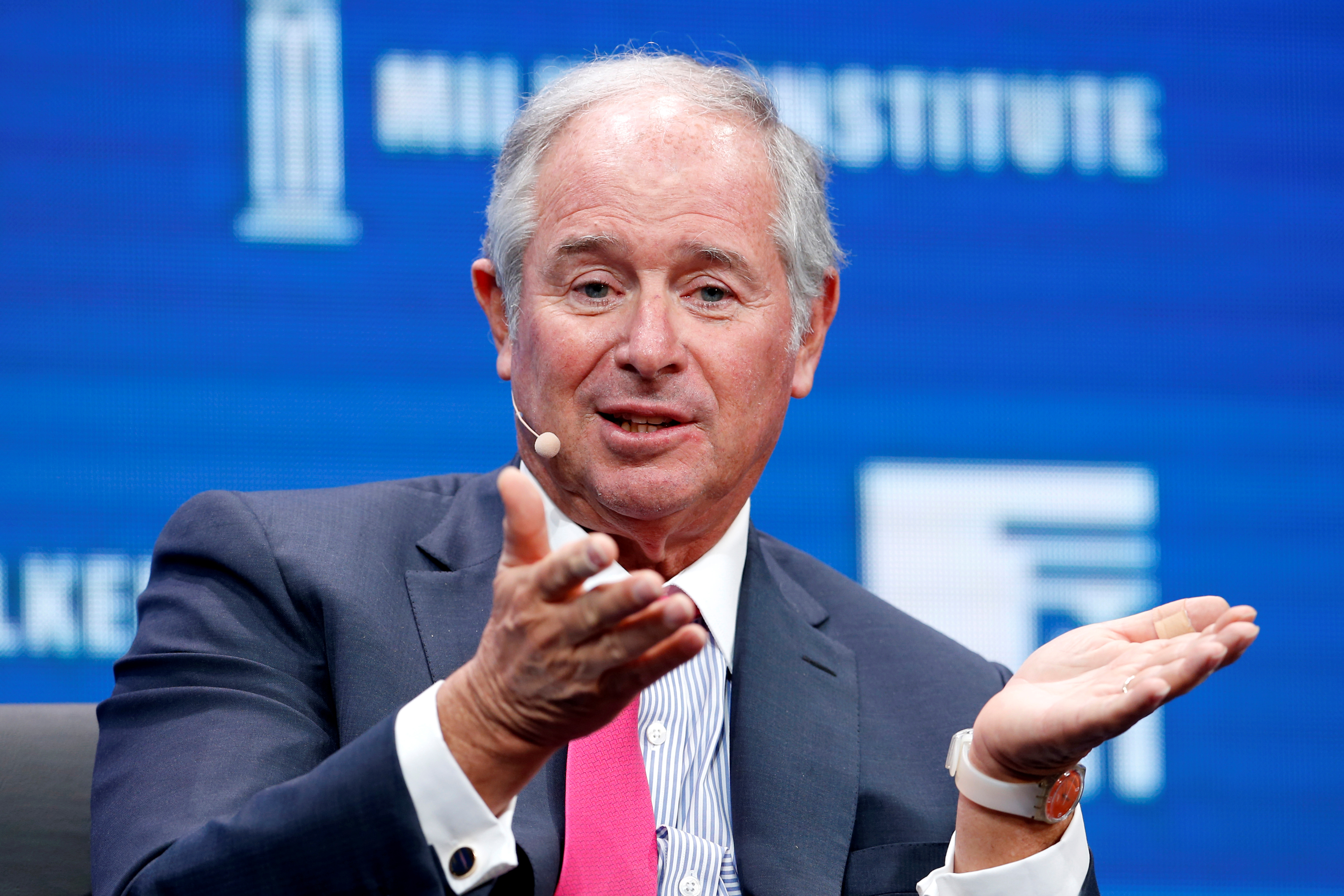 Hand to foot in mouth. The government taketh away, but the government giveth, too. Blackstone founder Steve Schwarzman said an increase in U.S. capital gains taxes may fuel a bonanza for private equity firms like his. As family owners look to cash out now to avoid paying higher taxes later, the industry with a trillion-or-so dollars of unspent firepower stands ready to help. Blackstone recently did such a deal with Medline Industries.

Of course, President Joe Biden’s proposal to raise capital gains from 23.8% today to 39.6% for higher earners, according to the Tax Foundation, may not help Schwarzman’s personal bottom line from another angle: He still owns almost a fifth of the firm. Still, it’s a far cry from comments Schwarzman made a decade ago (and apologized for) when likening a potential tax code change to the invasion of Poland. He at least now sees a benefit, too. (By Lauren Silva Laughlin)

Road hog. Herbert Diess is struggling to stay in his lane. While the Volkswagen boss is facing soft sales in China, Paris-listed Europcar Mobility has rejected a 2.2 billion euro offer, Bloomberg reported on Wednesday. VW was last circling around the car rental firm a year ago, before the indebted company’s hedge fund-backed restructuring.

There may be some schadenfreude in Diess’s offer: VW offloaded the business to Paris-listed buyout fund Eurazeo for 3.1 billion euros in 2006. And Europcar’s locations near airports and city centres could offer handy outlets for ride-sharing services and short-term rentals. Still, the 44 cents per share offer – a modest 13% premium to Tuesday’s closing price – would be a dear round trip. Analysts expect Europcar to make operating profit of 169 million euros in 2022. That would yield Diess a mere 6% return on his investment, assuming a 20% tax rate, no synergies, and including net debt of 199 million euros. He would do better to drive straight ahead. (By Christopher Thompson)

Deese said the pandemic was a wake-up call to make more products at home. For example, hospitals were short of protective gear because such goods are mainly made in China. At an Atlantic Council event, he also noted that almost 90% of facilities to make ingredients for generic drugs are located overseas, an issue highlighted in the White House’s recent supply-chain review.

The move toward a more government-directed economy is not new. But while Trump’s approach was chaotic, Biden’s take is more structured. And it helps that Congress is on board. The Senate recently passed a bill to spend $250 billion on research and development to better compete with the People’s Republic. Bipartisan support means Uncle Sam will be relying less on the invisible hand. (By Gina Chon)

Think bigger. SoftBank Group Chief Executive Masayoshi Son needs new ideas to prop up the value of his $120 billion technology conglomerate. The company’s share price has dipped by 20% over the past three months, compared with a 10% decline for biggest holding Alibaba and a 10% rise for the tech-focused Nasdaq 100 Index. SoftBank’s equity is worth 50% less than the sum of its investments minus net debt, based on Son’s most recent portfolio valuation.

Last year the Japanese billionaire unwound a similarly large discount by selling investments and using the proceeds to buy back shares, egged on by Elliott Management. Son teased a repeat at SoftBank’s annual meeting on Wednesday, saying “buybacks are always on my mind”. But the shares barely budged.

Bigger thinking, like spinning off the giant Alibaba stake or SoftBank’s eponymous Japanese telecom holding, would have more of an impact. Son is famously bold when it comes to investment decisions. It might be time for something similarly courageous with his own holding company. (By Liam Proud)

Decent brew. Heineken is downing a long overdue pint in India by taking majority control of United Breweries. With the target’s stock near all-time highs, topping up its stake to 61.5% from 46.5% was not cheap; the additional shares are worth almost $800 million. But the froth is worth it.

The drinks giant is effectively buying shares seized by lenders from disgraced tycoon and one-time quasi-partner Vijay Mallya, who is fighting India’s attempt to extradite him from the United Kingdom. As a result, regulators exempted Heineken from making a mandatory offer for the rest. It’s recognition that the Dutch brewer already calls the shots, but also of official interest in helping state-controlled banks clean up their books.

The waiver takes edge off. Before the pandemic diluted sales, United Breweries generated half the net profit margin of its foreign parent. As conditions improve, India’s beer market will grow faster than the global average. That’s worth raising a glass. (By Una Galani)

Fill ’er up. SoftBank and Tencent-backed Manbang appears to have aced its stock market driving test. The Chinese truck-sharing firm’s shares ended their first day on the New York Stock Exchange 13% higher than where underwriters Morgan Stanley, CICC and Goldman Sachs priced the deal. That’s right in the sweet spot, giving investors a nice little boost without leaving the company’s executives feeling they sold on the cheap.

Trouble is, it means Manbang – or Full Truck Alliance, as it’s also called – now trades at some 550 times last year’s earnings. Yet it’s only converting around 1.5% of the business it books into revenue – known as the take rate. Car ride-sharing giant Uber manages 22%. And Manbang faces regulatory and competitive pressure, too. Without sudden, explosive growth, it’ll start to look like it’s running on fumes. (By Antony Currie)