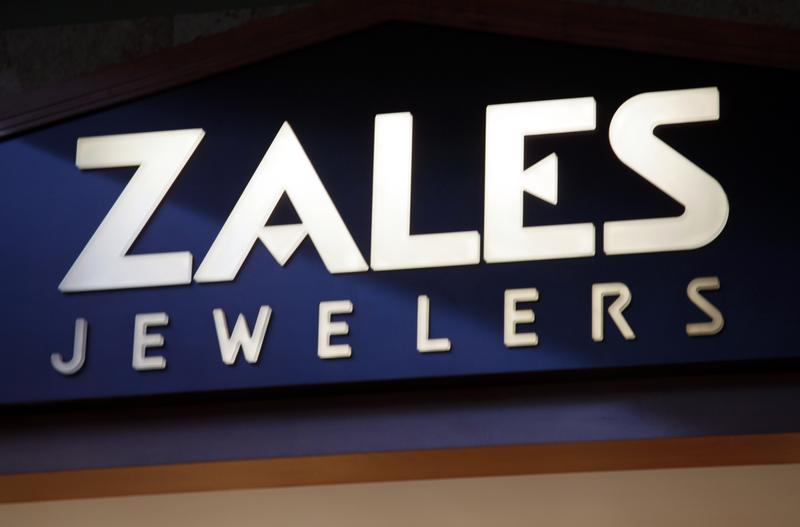 Deal charms. Signet Jewelers is upping its bling. The owner of lower-end diamond retailers Kay and Zales said Tuesday it was buying jewelry rental firm Rocksbox. With roughly half of its revenue coming from bridal jewelry – and brick-and-mortar retailers going broke – changing course is probably Signet’s best next step.

The $3 billion firm’s revenue fell 15% in the year ended Jan. 30, and it wasn’t solely pandemic-related. Sales have been on a decline for several years. Despite shares rocketing ninefold in the past year, its enterprise value-to-EBITDA multiple of around 8 times is half that of Coach owner Tapestry. LVMH is valued almost three times as highly.

Rocksbox, which charges $21 a month to rent its baubles, can make Signet more like RealReal, an online second-hand designer clothes retailer. Assuming that users will be interested in renting Zales’ Unstoppable Heart Shaped Pendant might be a stretch. Still, RealReal has roughly 6% of Signet’s revenue but a market capitalization about two-thirds as large. For Signet, that promises more than a spit shine. (By Jennifer Saba and Lauren Silva Laughlin)

Eisner’s company Tornante and private equity firm Madison Dearborn bought Topps in 2007 for $385 million and have been expanding it over the years. Topps recently launched NFT initiatives to snag a piece of the action in the secondary market where Honus Wagner rookie cards are exchanged.

The price bats in at 12.5 times estimated 2021 adjusted EBITDA. That’s roughly in line for the median enterprise value for companies like Madison Square Garden Entertainment, and less than what confectioner Hershey fetches. Shares in Mudrick’s SPAC are trading up 14% on Tuesday morning, suggesting even the folks in the bleacher seats are happy. (By Jennifer Saba)

M&A Dance. Dolce & Gabbana can’t shrug off its weak luxury image. Boss Alfonso Dolce denied on Tuesday the Italian brand was in sale talks with Gucci-owner Kering. Yet, the brand remains fragile. Its sales in the year to end March 2020 fell some 14% to just over 1.1 billion euros and it posted an EBITDA loss, company filings show.

This is only partly to do with the pandemic. A 2018 social media blunder alienated Chinese customers. Hong Kong anti-government protests in 2019 didn’t help. The brand is unlikely to have fared much better in the most recent fiscal year. Assuming it’s valued at 3 times its sales in the 12 months to March 2020, as Versace was when it sold in 2018, Dolce & Gabbana’s enterprise value would be around 3.3 billion euros. Yet Versace had a 7% EBITDA margin when it was sold. With a revamp needed, prospective suitors may consider Dolce a little less sweet. (By Lisa Jucca)

Warehouse haven. Masayoshi Son is reverting to his preferred investment theme: robots. The SoftBank Group chief executive’s company on Monday said it had agreed to pay $2.8 billion for a 40% stake in AutoStore, a Norwegian company which makes robotics for warehouses. The deal values the 25-year-old group at $7.7 billion including debt.

Demand from customers like Siemens and Puma for AutoStore’s automated warehouses has benefited from bumper online sales. The company’s last reported results for 2019 showed adjusted EBITDA of $108 million, implying a multiple of 71 times. But then UK rival Ocado, whose enterprise value is 15 billion pounds, generated EBITDA of just 43 million pounds in 2019. The two companies are engaged in a long-running legal battle over patents. Research group Statista estimates that the global warehouse automation market will double to $30 billion by 2026, from $15 billion in 2019. The robot rivals have much to fight over. (By Karen Kwok)

Disposable subject. Suez is aiming a desperate garbage pail at Veolia’s 11.3 billion euro takeover bid. The French recycling and water company on Tuesday agreed to sell its Australian waste unit to local rival Cleanaway for A$2.5 billion. A multiple of roughly 13 times the division’s trailing EBITDA is broadly in line with previous deals. But it undermines Suez Chief Executive Bertrand Camus’ defence that Veolia wants to break up its Gallic rival.

Suez will sell some Australian assets for A$501 million even if Veolia boss Antoine Frérot concedes to his target’s demand by raising his 18 euros per share cash bid to 22.50 euros. That is likely to frustrate Frérot as Australia is part of his plans to realise 500 million euros in annual cost savings from the merger. It’s not clear that stock market authorities will stop Suez: last week French regulators criticised its use of a poison pill mechanism but declined to impose any penalties. The scorched-earth approach may just work. (By Christopher Thompson)

The sign for the Zale jewelry store is seen in Broomfield, Colorado September 9, 2009.