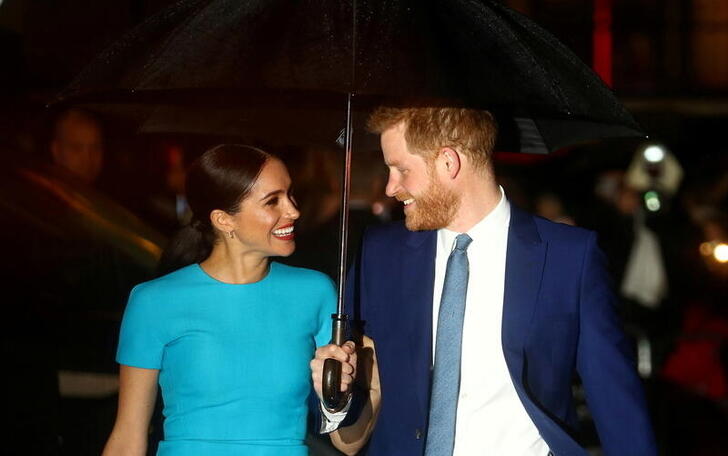 Megxit boost. Television royalty plus the real-life kind are a potent mix for broadcaster ViacomCBS. Oprah Winfrey’s blockbuster interview with Prince Harry and his wife Meghan – the first since the couple decamped from royal life and headed to the United States – drew some 17 million viewers on Sunday night to network CBS, crowning the program one of the most watched non-Super Bowl events on Sunday in primetime in over a year. It was a boon in other ways for parent ViacomCBS and a good way to seed more subscribers to its streaming service Paramount+.

Shares of the media firm hit a new high on Monday and added more than $5 billion to ViacomCBS’s market value. Taking rival Netflix’s valuation as a yardstick, a single streaming customer is worth around $1,000 to investors. So it’s as if Oprah delivered ViacomCBS 5 million new viewers. The company is projecting that it can nab around 65 million customers to Paramount+ by 2024. The catch is that Viacom’s value was already falling back again by Tuesday. Celebrity revelations pack a punch, but the trick is to keep them coming. (By Jennifer Saba)

WeWish. Shared office provider IWG reckons a franchise model may be an answer to its growing problems. On Tuesday, the 3.6 billion pound WeWork rival revealed a 174 million pound adjusted operating loss for 2020. The news and its forecast of more “challenging market conditions” for the months ahead sparked a near 9% slide in its shares.

An office revolution could help. IWG founder Mark Dixon is betting that as lockdowns ease, staff will want to work from local shared offices rather than return to central corporate locations. IWG will offer big companies access to thousands of franchised locations. The shift requires Dixon to sell off IWG’s leases to franchisees, which will pay a fee to use the company’s brand. It’s a punt on the pandemic permanently changing working habits, but in a specific way. IWG’s share price, which is still down nearly 20% since the outbreak of Covid-19, suggests investors remain to be convinced. (By Aimee Donnellan)

Lightheaded feeling. Feverish demand helped SK Bioscience raise $1.3 billion. Bids were placed for more than 1,200 times the shares available, Refinitiv’s IFR reported. The South Korean company is benefiting from the Covid-19 vaccine rollout: it has struck manufacturing deals with AstraZeneca and NovaVax, and is also developing its own candidate.

Even so, a $4.4 billion valuation looks overheated. In the nine months to September, SK Bioscience’s net profit grew nearly six-fold from a year earlier to $20 million. On an annualised basis, it is being valued at 163 times 2020 earnings. Beyond Covid-19, it’s not clear if the SK Group affiliate, which specialises in flu and chicken pox jabs, can sustain the growth.

Biotech frenzy has spread. The $41 billion Samsung Biologics, another contract-drug maker, trades at 120 times forecast 2021 earnings, compared to 40 times for Swiss rival Lonza. Investing in SK Bioscience is only for those immune to exuberance. (By Robyn Mak)

Burn rubber. Continental could use some M&A to jump-start a spluttering valuation. Shares in the 25 billion euro German auto supplier fell 6% on Tuesday after boss Nikolai Setzer cited a shortage of semiconductor chips for a likely “challenging” 2021. That led Setzer to predict annual operating profit of 2.3 billion euros, using the mid-point of company guidance, about 15% below what analysts expected, according to Refinitiv data.

The drop means shares now trade at 12 times expected 2021 operating profit, including debt, a discount to Gallic rival Valeo at over 13 times. One way to remedy that is a spinoff of Conti’s engine division – mooted for the second half – which will help build the battery cars of the future. Another might be to do the same to its more profitable tyre division. Put the latter on a 9 times forward operating profit multiple, like peer Michelin, and it might have a market value of 18 billion euros on a standalone basis, or nearly three-quarters of the group equity value despite accounting for only 40% of sales. That could inject M&A fuel into Setzer’s jalopy. (By Christopher Thompson)

Britain's Prince Harry and his wife Meghan, Duchess of Sussex, arrive at the Endeavour Fund Awards in London, Britain, March 5, 2020.