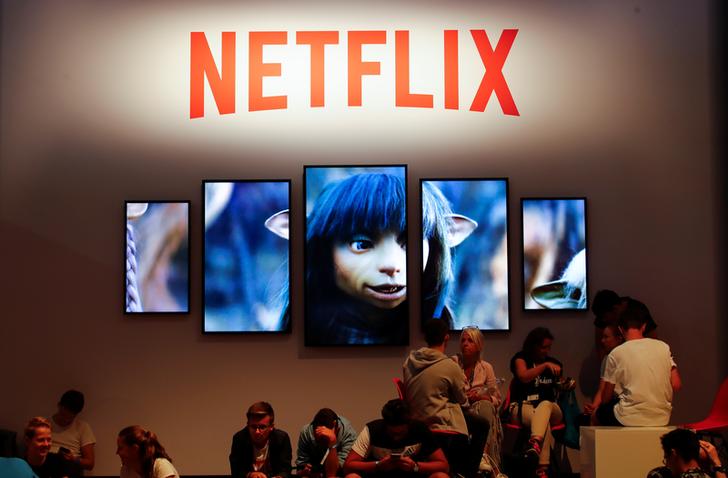 Hey big spender. Netflix is lending credence to the phrase “content is king.” The $246 billion video-streaming service struck a five-year deal with Sony Pictures for the rights to Marvel’s Spider-Man movies and other flicks after they play in theaters. Along with the Sony deal and the acquisition of the rights to produce two “Knives Out” sequels, Netflix may end up spending approximately $1.5 billion, according to the Wall Street Journal.

The onslaught of rival streaming services from Walt Disney, AT&T and others requires Netflix to scour the world for movies and TV series to attract subscribers. At some point, it might make more sense to snap up a movie studio. Goldman Sachs reckons ViacomCBS’ film unit Paramount Pictures has an enterprise value of nearly $2 billion as a stand-alone division. Lions Gate Entertainment is a bit pricey at $6 billion. Netflix is conservative when it comes to M&A. Yet a deal for a movie studio may be a cheaper way to acquire content. (By Jennifer Saba)

Clicks and bricks. GameStop, the $12 billion company buoyed by Reddit fans, plans to elect Chewy co-founder Ryan Cohen to chairman. He may help steer the brick-and-mortar retailer to an e-commerce future, even if such transitions can be fraught.

Cohen wants to turn GameStop into the “Chewy of gaming” with better prices, according to Reuters. Downsizing some 5,000 retail outlets across the globe is in the cards though the plan is to use remaining stores for distribution, allowing customers to shop online and pick up in stores, for instance. It’s the playbook for many retailers including Macy’s and Target.

It doesn’t always go smoothly. Take Chewy competitor Petco Health and Wellness, which has about 1,500 locations and is emphasizing online sales too. Fourth-quarter revenue rose 16% year-over-year to $1.3 billion but Chewy did better, increasing sales 51% in the same quarter to $2 billion. Gaming e-commerce is not a sure shot. (By Jennifer Saba)

Grey skies. Tui’s holiday forecast looks increasingly cloudy. Shares in the 5 billion euro package tour operator fell 6% on Friday after it announced plans to issue a 350 million euro convertible bond. The company’s opportunism in cashing in on sun-starved investor optimism is understandable: Tui shares are up by around a third this year due to the increasing pace of vaccination rollouts.

Still, the deal only buys Chief Executive Friedrich Joussen around a month of extra flying time, giving him enough cash to last eight months including existing resources. That’s according to Breakingviews calculations based on the current rate of cash burn and zero revenue. The fact he is having to pay handsomely for the modest extension – the bonds offer a chunky coupon of up to 5% – indicates worries about a shrinking season for the key summer period. Even after Friday’s drop, the company is valued at 8 times 2022 EBITDA including debt – well above a pre-pandemic historical average of about 5 times. Shareholders hoping for sun should bundle up instead. (By Christopher Thompson)

One hit. The company behind one of the world’s most successful mobile games has applied to go public in South Korea. Krafton, which counts China’s Tencent as a key backer, more than doubled operating profit last year to $692 million, according to local media, citing business filings. That’s probably thanks to “PUBG Mobile”, the survival-themed shooting blockbuster that has racked up 1 billion downloads since 2018. With the pandemic trapping gamers at home for most of last year, the smash hit raked in $2.6 billion in revenue for 2020, making it the most lucrative mobile game in the world, research firm Sensor Tower reckons.

Assume Krafton can double operating profit this year. On the same 15 times valuation multiple that South Korean rival NCSoft trades at, that would imply a $20 billion enterprise value. Krafton’s next level would be to deliver another “PUBG” win. (By Robyn Mak)

Gamers and visitors take a rest at the booth of Netflix during Europe's leading digital games fair Gamescom, which showcases the latest trends of the computer gaming scene in Cologne, Germany, August 21, 2019.