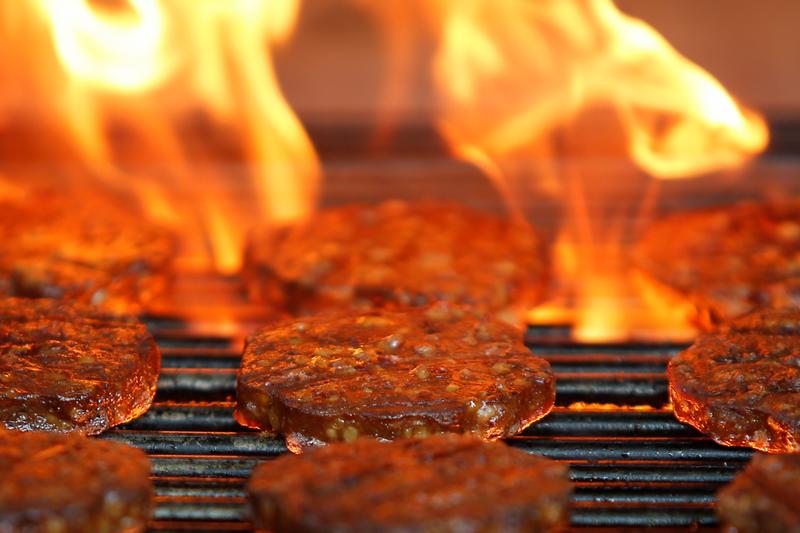 Mild spice. BBQGuys want to serve up the metaphorical spatulas and forks for the grill-making initial public offering mini-boom. The firm is merging with special-purpose acquisition company Velocity Acquisition at an enterprise value of $839 million. It’s profitable, but it’s also peripheral – and its valuation reflects that.

The e-commerce outfit, backed by former football star Peyton Manning and other family members, sells grills and smokers from brands like Weber and Traeger, both of which filed for IPOs this month. Demand for grills has soared during the Covid-19 pandemic, so BBQGuys’ revenue increased 68% in 2020. But it’s one of many places where backyard chefs can find such products. The company’s not just a bet on grilling habits, but on grilling connoisseurship, which makes it somewhat more speculative.

BBQGuys are going easy on the special sauce with their valuation. At 2 times next year’s estimated sales it’s cheaper than suppliers may fetch. Then again, it also lacks the additional simultaneous investment from big-name firms like BlackRock and Fidelity common to many other SPAC deals. That makes it look at best like a palatable side-dish. (By Amanda Gomez)

Chip happens. Unilever is learning that having a purpose can come at a price. The $155 billion UK conglomerate’s upmarket ice cream brand Ben & Jerry’s said on Monday it would stop selling in the Occupied Palestinian Territories, on the basis that supplying Israeli settlements seen by many countries as illegal is “inconsistent” with its values. Yet the Phish Food and Cookie Dough maker will still sell its wares in the rest of Israel – even though Ben & Jerry’s independent board, which makes decisions on its social mission under the terms of Unilever’s 2000 acquisition, opposes doing so.

Unilever boss Alan Jope has got himself into tricky situations before – think last year’s furore over skin-lightening products. This time, he’s facing flak from angry Israeli politicians but also his own side. Ben & Jerry’s presence in only 35 countries makes it easier for it to take big ethical positions. Unilever’s attempts to combine a much bigger global footprint at the same time as endorsing moral stands is a recipe for fudge. (By Dasha Afanasieva)

Express checkout. The future of WM Morrison Supermarkets will become more certain if Apollo Global Management joins Fortress Investment’s 6.3 billion pound bid for the grocer. The U.S. buyout house said on Tuesday that it is no longer considering a solo bid for Britain’s fourth-largest grocer, but may join a consortium led by SoftBank Group-owned Fortress as well as the Canada Pension Plan Investment Board and the real estate arm of Koch Industries.

Clayton, Dubilier & Rice, whose 5.5 billion pound offer for Morrisons was rejected in June, won’t be amused. The buyout firm could yet raise its bid, but Fortress’s offer implies a humdrum 15% internal rate of return. And to get the grocer’s board on side it will have to hike the price and go beyond Fortress pledges such as keeping Morrisons’ headquarters in Bradford. These assurances admittedly only last for 12 months. But if CD&R wants to win, it will have to take on a more powerful team for a prize of diminishing appeal. (By Aimee Donnellan)

Short on options. Swedish industrial duo Volvo and Electrolux are a microcosm for the state of the global economy. Both groups face soaring demand for their products, which respectively include trucks and fridges, but they’re struggling to capitalise on it. Volvo’s second-quarter results on Tuesday showed that sales were 2% higher than analysts’ expectations, based on a Reuters poll, but operating profit was 1% lower. Electrolux’s revenue came in almost 5% above consensus forecasts but operating profit was 6% lower. Both companies blamed supply-chain problems, such as shortages of semiconductors and rising raw material costs.

Investors are betting that it’s more than a blip. They wiped 3% off Volvo’s value, taking it down to 396 billion Swedish crowns ($45.6 billion), and 10% off 62 billion Swedish crown Electrolux. Volvo Chief Executive Martin Lundstedt expects “further disruptions and stoppages” in the second half of the year. The global trend of strong demand and short supply, which is pushing up inflation, may yet have legs. (By Liam Proud)

Whisper campaign. China is shrinking, at least in terms of the public attention devoted to it by BHP. In an operational review for the year ended June 30 released on Tuesday, the country is mentioned just once: The $171 billion miner warns that it expects restrictions on Australian coal imports to last for “a number of years”.

China was more front of mind 12 months ago, earning 15 citations after not being referenced at all in the detailed 2018 and 2019 year-end production missives. In the “C” geography section, BHP may now be more focused on Chilean copper production challenges and a looming final decision on a big potash project in Canada.

Despite the company’s record iron ore output, there are mounting concerns that Beijing might restrict steel production after a sharp increase in the first half. Officials are already trying other ways to curb soaring commodity prices. When BHP reports annual financial results next month, there will be plenty more to say about China. (By Jeffrey Goldfarb)

Veggie burgers are cooked over a flame on a grill in Greenwich, Connecticut, U.S., on June 26, 2017.