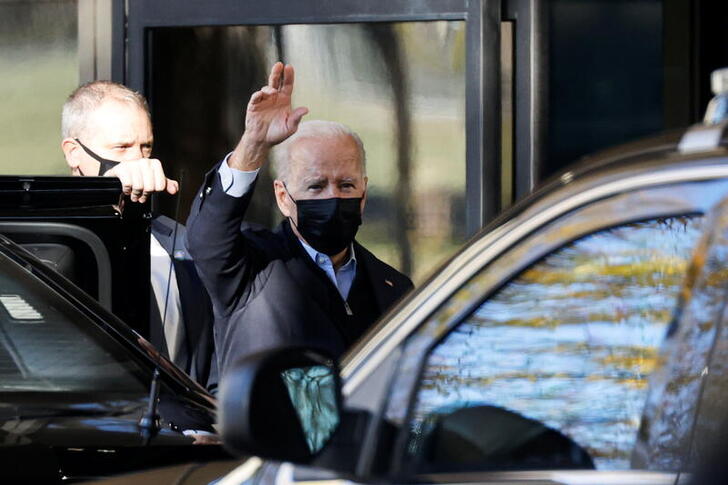 Seeing red. President Joe Biden’s $1.8 trillion social spending program won’t quite pay for itself, the U.S. Congressional Budget Office said on Thursday. But the $160 billion deficit, spread over 10 years, is a paltry amount compared with what could have been raised from raising taxes on the wealthy even slightly.

An example: notching up the personal income tax rate to 39.6% from 37% and lowering the amount at which it kicks in. That would have raised about $157 billion, the conservative-leaning Tax Foundation reckons. Throwing in a capital gains tax rate bump to 25% from 20% theoretically nets an additional $78 billion.

Companies like Amazon.com will pay a bit more tax, but the corporate world will take only a minor hit, thanks to the objections of centrists in Biden’s own Democratic Party. Providing better childcare and tackling climate change are worth incurring a modest deficit, but if Congress had been bold enough to take a little back from American plutocrats, that wouldn’t have been necessary. (By Gina Chon)

Nuclear option. Austria’s lockdown may spread as quickly as Covid-19. On Friday, Chancellor Alexander Schallenberg announced a national lockdown beginning on Monday and introduced Europe’s first vaccine mandate. Austria and its neighbours had been hoping that a targeted lockdown for vaccine holdouts might avert blanket restrictions, however soaring infection rates have already stretched intensive care facilities to the brink.

Investors are preparing for further restrictions. On Friday, shares in online food delivery company HelloFresh were up 6.5% and Just Eat Takeaway.com’s stock was up 6%. Austria is a minor market for both companies. European airline shares also suggest the pain will spread throughout the continent. British Airways owner International Airlines Group’s stock was down 6% and easyJet took a similar hit. German leaders are discussing lockdown options today. But with vaccine holdouts refusing to budge and hospitals filling up, blanket restrictions look inevitable. (By Aimee Donnellan)

Nothing to see here. Magnit is shuffling the shareholder pack once again. VTB on Friday confirmed it was exiting the $9 billion Russian supermarket by selling 5% to the market and around 12% to fellow shareholder Marathon. The state-backed lender bought the shares from founder and Chief Executive Sergei Galitsky back in 2018.

The good news for minority investors is that Magnit has returned 64% to shareholders since February 2018, compared to just 1% at rival X5. The bad news is that it came to e-commerce late, missing last year’s online shopping boom, and competition is fierce in food retail with newer entrants like VkusVill planning to list.

Other than that, it’s sort of as you were. Minorities will still co-exist alongside a big shareholder: Marathon will now have 29%. And Marathon co-founder Alexander Vinokurov also has a link to the Kremlin: he’s Russian Foreign Minister Sergei Lavrov’s son-in-law. (By Dasha Afanasieva)

Eat your greens. Lettuce has never been this exciting. Sweetgreen shares opened 86% above their initial public offering price of $28 per share in their debut on Thursday, valuing the U.S.-based takeout salad chain at about $5.5 billion. That’s roughly twice the $2.7 billion it had originally expected. Sweetgreen’s salads may be healthy, but this first-day blowout almost certainly isn’t.

Based on its $52 opening price, Sweetgreen is worth 25 times last year’s sales. As a comparison, Chipotle, which sells Mexican fast food, trades at 7 times, and Shake Shack at 5 times. That’s a high price for a company whose competitors include everything from McDonald’s and Whole Foods to a homemade ham sandwich.

As for Sweetgreen itself, it emerges with around $360 million in new money to invest in its growth plans, which include doubling the number of stores. But if the company had sold shares for just $40 a share – halfway between the IPO price and the opening price – it would have made about $160 million more, enough to cover an extra year of its current losses. It may regret leaving money in the salad bowl. (By Sharon Lam)