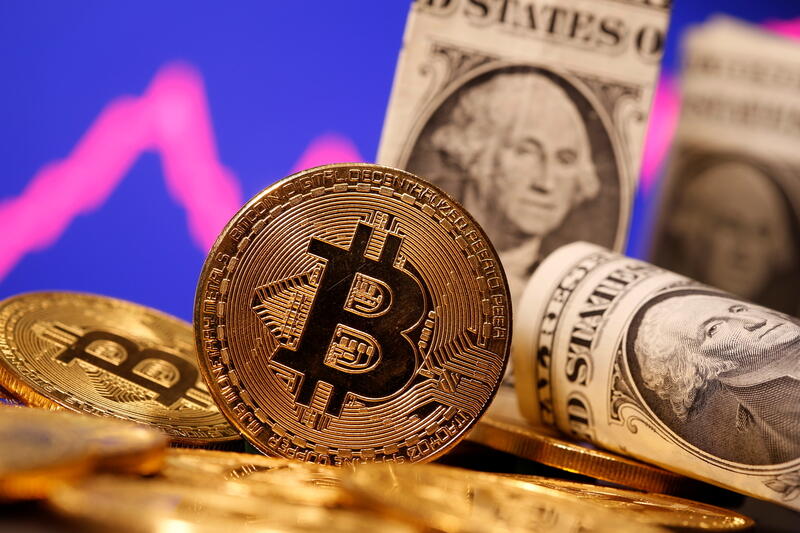 Fifty thousand reasons. The price of bitcoin blasted through $50,000 on Tuesday. Meanwhile, fund managers are feeling super bullish, according to a survey from Bank of America. Participants’ sentiment on global growth is at an all-time high, and a V-shaped recovery from the pandemic is now the majority expectation. “The only reason to be bearish,” says BofA, “is there is no reason to be bearish.”

For any student of bubbles, that statement sums up the unease. There’s more evidence of excess in the rush of listings of speculative blank-check companies, not only in the United States but now also in Europe, and more broadly in measures like economist Robert Shiller’s cyclically adjusted price-to-earnings ratio for the S&P 500 Index, which shows big-company valuations at dot-com era highs.

The cocktail on offer includes genuine economic improvements, vaccine-based hope, and momentum. Plus, of course, ultra-low interest rates promised indefinitely by central banks. It all supports eye-popping asset valuations – until it doesn’t. (By Richard Beales)

The Wild East. Czech gunmaker CZG Ceska Zbrojovka is taking a punt on American unrest. The Prague-based company announced last week that it had bought rival Colt, manufacturer of choice for 19th century wild west cowboys and outlaws. In a conference call on Monday, CZG – which already makes most of its money in the United States – said it expected the combined group’s revenue to double to $1.2 billion by 2025, largely thanks to strong demand from law enforcement buyers.

The deal looks cheap, too. Formerly bankrupt Colt generated $255 million in sales in 2020, according to CZG. Fold in Colt’s $15 million of net cash, and CZG’s cash-and-shares offer of around $220 million values the gunsmith founded by Samuel Colt in Connecticut at 0.9 times revenue. Listed rivals Sturm Ruger and Vista Outdoor trade on average at 1.5 times, according to Refinitiv data. If the booming gun sales of the past year continue, that’ll look prescient. (By Oliver Taslic)

Property wars. Beware stock deals when prices are high. On Tuesday property data vendor CoStar made a $6.9 billion stock offer for CoreLogic, a smaller rival after CoreLogic agreed to an all cash-offer from LBO shops earlier this month.

The offer is 20% more than the previous deal, though CoStar doesn’t like how its affections were received. CoStar said it made multiple proposals for CoreLogic, noting it was “surprised” by the previously agreed transaction.

Yet CoStar’s offer comes with baggage. While it expects synergies as high as $250 million a year, their net present value fails to cover the premium by some $1 billion. Sure, they’d be equal to 40% of CoreLogic’s 2021 estimated EBITDA, and CoStar trades at a rich multiple.

But sellers assume the risk for a successful merger in a stock deal. With animal spirits running high and equity values at record highs, cash is king. (By Lauren Silva Laughlin)

Seller’s market. Britain’s Competition and Markets Authority has thrown a wrench into $11 billion Adevinta’s takeover plans. But Chief Executive Rolv Erik Ryssdal can fish it out again. The watchdog on Tuesday voiced concerns over the Norwegian listings group’s $9.2 billion purchase of eBay’s classified-advertising unit, arguing it would leave Brits with only one other website on which to hawk second-hand goods.

Ryssdal could quibble with the CMA’s analysis, which lumps eBay and Adevinta’s websites together, even though the U.S. group would only have a one-third voting stake in the Oslo-based company. Still, a quick fix looks easier. Britain accounts for just 10% and 1% of respective revenue at eBay Classifieds and Adevinta. Selling or closing one of the local units would avoid a drawn-out battle with the CMA. Ryssdal could then get on with his larger task: justifying his sky-high acquisition valuation for the eBay business. (By Liam Proud)

Catnip Energies. TechnipFMC’s spinoff of its energy business took its time – the French-American London-domiciled oil services group originally announced the move in August 2019, before shelving it when Covid-19 hit last year. But it was worth the wait: having revived the split last month, Technip Energies shares jumped more than 30% in their first day of trading.

The excitement has some basis. One of the spun-off entity’s business lines is low-carbon “green hydrogen”, which sustainable investors are currently obsessing over. Even after Tuesday’s bump to a $2.8 billion market capitalisation, Technip Energies trades around 6 times JPMorgan’s $540 million estimate for normalised EBITDA. By way of rough comparison, JPMorgan’s 2022 average for green energy players such as Plug Power is a frothy 87 times. Other oil groups that fancy or need some extra cash should take note. (By George Hay)

Multiple signs. Academic studies usually find that big mergers and acquisitions destroy shareholder value. One possible explanation is that chief executives buy at the top of the cycle, when animal spirits and share prices are high. It follows that doing deals during a crisis might be a better idea.

Last year presented an inversion of that picture, according to Bain & Company. The consultancy’s annual M&A report showed that, even amid a global health and economic crisis, the median enterprise value to EBITDA multiple across all deals in 2020 was 14, compared with 13 in 2019. After the last financial crisis in 2008, deal multiples declined by 30% over two years, according to the report.

The prevalence of technology-related deals suggests that it’s not just a function of lower EBITDA in lockdown-hit sectors. In other words, last year’s crop of acquirers is at risk of an acute case of buyer’s remorse. (By Liam Proud)

Creditor concerns. A rare take-private in Japan has soured fast. Hotelier and property developer Unizo, bought in April for $2 billion by employees backed by Texas-based Lone Star, is facing pressure from hedge fund creditor Asia Research and Capital Management over a loan to employee group Chitocea worth some 216 billion yen ($2 billion). Hong Kong-based ARCM says the advance, about the same value as the buyout, appears to have paid off Lone Star and wants reassurance on Chitocea’s ability to repay, or to see insolvency proceedings.

Unizo bonds are trading at between 74% and 21% of face value. Japan’s leading credit agency downgraded it in December to junk, flagging its falling cashflow following property sales and the Chitocea loan. Unizo’s takeover was viewed variously as an example of new Japanese tolerance for hostile deals with interest from Blackstone among others, as well as of ongoing governance issues as managers allegedly mishandled bids while demanding worker protections. Their employee concern could be for naught if the company cannot quickly placate its creditors. (By Jennifer Hughes)

A representation of virtual currency Bitcoin and U.S. One Dollar banknotes are seen in front of a stock graph in this illustration taken January 8, 2021.