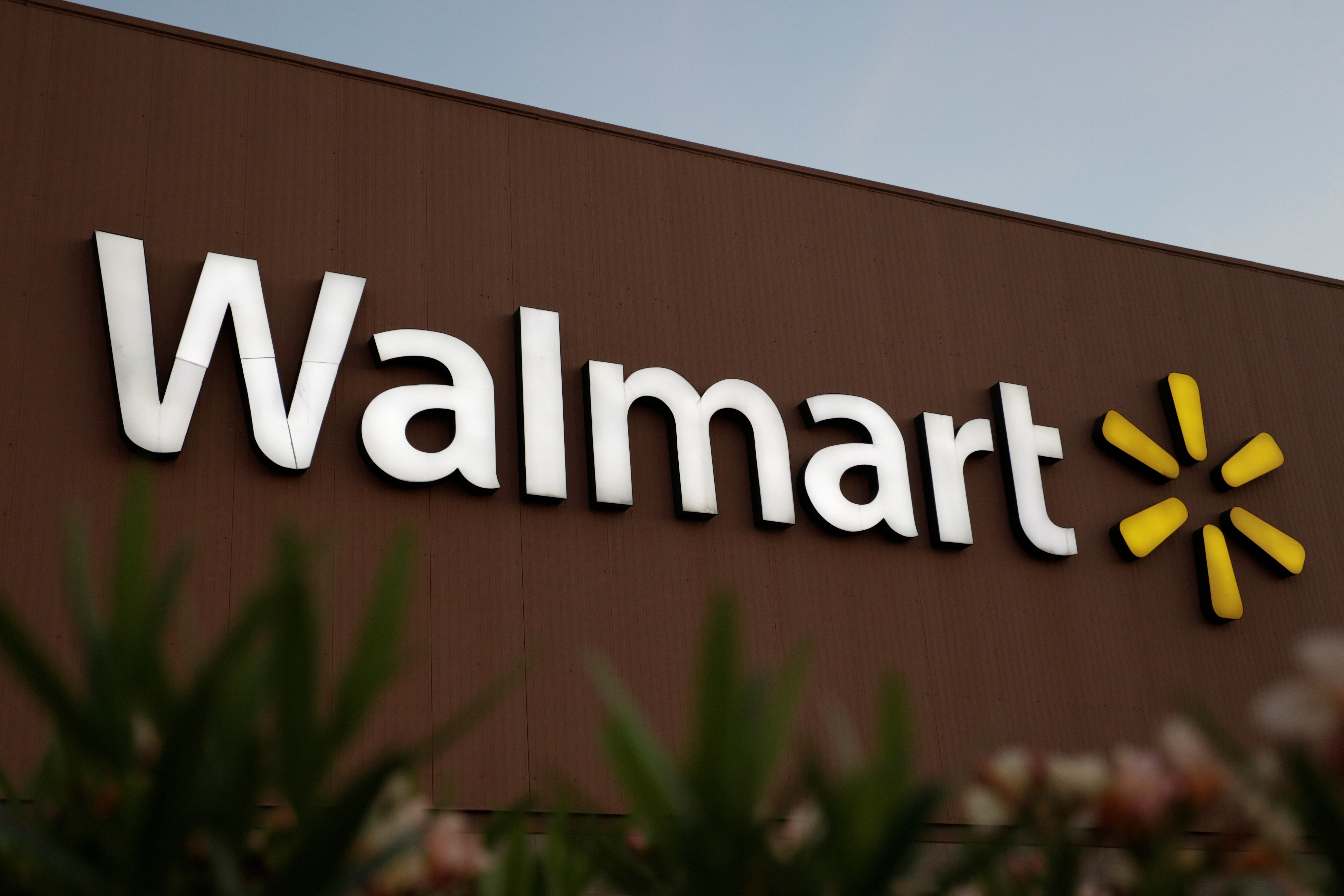 Scaling the Wal. Walmart raked it in during 2020. Now comes the giving back. The $416 billion retailer said on Thursday it plans $14 billion of investment in technology, supply chain and other enhancements this year, a 26% increase year-over-year. Where operating profit growth outpaced sales in 2020, that will reverse in 2021. Investors were displeased enough to wipe around 6%, or $25 billion, off the company’s market value on Thursday.

That looks mean. Walmart’s main reasons for diverting profit into investment should be good for its long term value. The U.S. e-commerce business had 79% more sales in the year ended Jan. 31 than it did in the previous period. Raising average associate wages to $15 an hour seems less obviously good for shareholders. But it might cool the jets of politicians who think paying below $15 is positively inhumane.

The plan fits in with what Chief Executive Doug McMillon calls a “multi-stakeholder view.” And it’s not like investors are being forgotten: Walmart has authorized $20 billion of share buybacks over three years, the same as it greenlit in October 2017. But with shares in Amazon.com and the more digitally savvy Target performing almost three times as well as Walmart’s last year, not to invest would be the really expensive option. (By Amanda Gomez)

Chexxon and the Sage. Warren Buffett has invested $4.1 billion in oil giant Chevron, Berkshire Hathaway said in a filing this week. It could just be the Berkshire chairman’s hallmark investment strategy – buying solid companies in out-of-favor sectors. But in light of Chevron’s recent merger talks with rival Exxon Mobil, Buffett could also be signaling which of the two companies is more likely to come out on top.

On paper, Buffett has chosen the more expensive of the two. Exxon’s enterprise value is 1.3 times its estimated revenue for this year, according to Refinitiv, more than one-third below Chevron’s multiple. That’s partly because Chevron chief Mike Wirth has shown himself to be a better operator with EBITDA margins around 20%, more than four times Exxon’s.

Chevron could also get a boost from a supply crunch, partly exacerbated by crippling weather in Texas this week, which could send oil prices up. As its own value closes in on Exxon’s, a deal between the two could become more appealing. That could be a merger of equals, as this Breakingviews calculator shows. But if Chevron decides to take the leading role and pay a takeover premium, Buffett’s backing is good to have. (By Lauren Silva Laughlin)

So much confidence. SPAC investors are betting on Bill Ackman, then betting on him again. Shares of Pershing Square Tontine Holdings, the $4 billion special-purpose acquisition company backed by the billionaire’s hedge fund, are up more than 50% from their offering price last July, even though the vehicle has not yet found a company to buy.

SPACs often trade close to their offering price until they announce a deal, because all they own is the cash they originally raised. Shares can spike when a deal is rumored – that was the case, for instance, with Churchill Capital IV, a SPAC backed by ex-banker Michael Klein, after Reuters reported negotiations with electric-vehicle maker Lucid Motors.

But PSTH has no deal, so far, and its stock price has been ticking up steadily since last fall. That suggests investors think he will find an especially good deal. Meanwhile, Pershing Square Holdings, Ackman’s London-listed closed-end fund – managed by the same team, invested in PSTH and holding its annual investor day on Thursday – consistently trades at a 20%-plus discount to its net asset value. They’re different beasts, but not that different. (By Lauren Silva Laughlin)

Leaky idea. British opposition leader Keir Starmer wants the government to issue so-called recovery bonds to help dig the economy out of the pandemic. The idea has some merit, but also stirs memories of the global financial crisis.

Starmer’s plan, which he described as giving people a “stake in the national recovery”, would channel funds from savers to the county’s still nascent National Infrastructure Bank, an off-balance-sheet entity controlled by the government. It would use the money to fund infrastructure and other long-term assets. Starmer implied that the bonds would be low-risk and suitable for savers.

The idea isn’t totally new. Some government-linked entities, like Cassa Depositi e Prestiti in Italy, already issue retail bonds. Starmer, however, wants to issue debt that can be redeemed early, despite being backed by illiquid assets. Used excessively, that could create a liquidity mismatch, a bit like the structured investment vehicles which collapsed in 2007 and 2008. Some of them had to be rescued by the banks that set them up. Starmer probably needs to take the financial engineering down a notch. (By Neil Unmack)

CAGR flagger. Max Chuard has injected some much-needed optimism into the Temenos investment story. The $10 billion banking software group’s shares surged 18% on Thursday after its chief executive issued new 2025 targets. Chuard reckons the compound annual growth rate (CAGR) for revenue over the next five years will be 10% to 15%, with the operating margin rising to 41%. At the mid-point, that implies an operating profit CAGR of 16% – higher than the median analysts’ expectation of 11% up to 2024, using Refinitiv data.

It’s tough to judge whether Chuard’s confidence is warranted. But the share price rally looks overdue. Before Thursday, they were down one-third in a year, partly because of fears that pandemic-hit banks would slash spending. Yet the imperative to improve their services, under the threat from new digital entrants, remains. Temenos now trades at 39 times forward earnings, in line with its two-year average. Chuard’s CAGR swagger should keep them there. (By Liam Proud)

Acciona packed. Spanish engineer-cum-green energy producer Acciona is giving a real-life lesson in blowing cobwebs off dusty valuations. The firm’s shares jumped 11% on Thursday, lifting its market valuation to 7.5 billion euros, after announcing the possible listing of its renewable power division. Given the blustery multiples of wind-power rivals like Denmark’s Orsted, Acciona could enjoy some serious inflation. Big Oil should pay close attention.

In 2019 Acciona’s renewables accounted for roughly two-thirds of EBITDA. On 2021 forecasts compiled by Refinitiv, that’s worth 800 million euros – or 15 billion euros of enterprise value on Orsted’s 19 times multiple. Assume its rump is worth 2 billion euros, lop off 5.5 billion euros of net debt and Acciona would have added 55% to its market value. The swelling would be less pronounced for less renewables-heavy players like BP and Total, and Acciona may warrant a sub-Orsted multiple. But as a proof of concept, it’s still compelling. (By Ed Cropley)

Totem poles. Orange’s arrival at Europe’s telecoms tower party may be lucrative as well as fashionably late. The 26 billion euro French telecommunications giant said on Thursday that it was parking its 25,500 masts for mobile transmitters in France and Spain in a separate company, to be called Totem. In crude terms, it looks like a tasty morsel for larger players like Cellnex Telecom or soon-to-be-listed Vodafone spinoff Vantage, which have around 200,000 sites between them.

With so many suitors, Orange Chief Executive Stéphane Richard should find plenty of support for Totem’s valuation. On the current trajectory, it should generate 310 million euros of EBITDA this year, after lease payments. On the 22 times multiple that Cellnex paid this month for 10,500 towers in France, it would be worth nearly 7 billion euros. U.S. goliath American Tower paid as much as 26 times in a Spanish deal last month. Richard’s tardiness may yet pay off. (By Ed Cropley)

Slow and steady. China’s search engine operator Baidu is finally getting somewhere with its artificial intelligence bets. Sales in the quarter ending in December rose 5% year-on-year to $4.6 billion. That was powered by a 52% surge in cloud computing and other non-advertising revenue, which now comprise 14% of total revenue.

That’s all to the good, but shares are up 130% over the past year, trading at roughly 30 times forecast earnings, Refinitiv data shows, nearly double its two-year average. That looks premature. The company warns it could take three years to bring a vehicle to market. Investors risk putting the self-driving car before the profit horse. (By Robyn Mak)

Catch-up. Russian supermarket Magnit is belatedly hoping for a digital future. The $7.3 billion retailer on Thursday said it plans to increase its EBITDA margin to 8% by 2025 from 7% in 2020, in part by launching e-commerce and new store formats. Improved profitability would help close a valuation gap with X5, Russia’s number one by revenue. While Magnit trades at almost 13 times expected earnings for 2021, its larger rival is valued at 17 times, according to Refinitiv data.