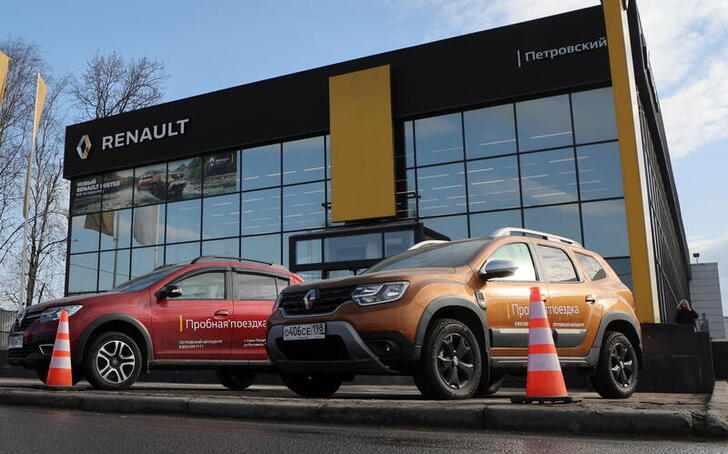 Going backwards. Renault is reversing out of Russia, with a 2.2 billion euro dent in its bonnet. The French carmaker’s exit, which involves a near-total write-off of its investment in the country, winds the clock back on Chief Executive Luca de Meo’s strategic turnaround after years of losses and conflicts with Japanese partner Nissan Motor. But the alternative – staying put – was grimmer. Renault would have been cobbling together cars without crucial imported components. It would then have been trying to sell them into an economy set to shrink 10% or more this year.

The 7 billion euro group controls a third of Russia’s car market. It will now have to accept whatever Moscow decides for the three plants it is closing – one makes cars under its own brands; the two others produce the country’s famous Lada marque. President Vladimir Putin has threatened to take over the assets of companies from “hostile countries” threatening to leave. Renault could become the first example of how he plans to pull it off. (By Pierre Briancon)

Shot in the dark. Investors hoping for more clarity on China tech’s big transition will be disappointed. Tencent executives talked up a “new paradigm” for local companies: a Beijing-led shift away from reckless expansion and zero-sum competition to more sustainable growth and efficiency. But even after reporting a worse-than-expected 25% year-on-year plunge in adjusted quarterly earnings, it’s clear that the full extent of financial damage from new rules and policies have yet to come to light.

Take Tencent’s core video-games business, where rules introduced last year restricted how much time and money kids can spend on the pastime. Those under 16 make up a tiny percentage of total player spend, but the company was nonetheless hit by “indirect effects” of shifting resources away from developing new games towards enforcement. Likewise, Tencent’s once fast-growing advertising unit, which saw a rare drop in quarterly sales, has been hurt directly and indirectly by not only new regulations on the advertising industry itself, but also crackdowns in sectors like education and insurance as well as new personal data laws. With new rules being rolled out thick and fast, the blind spots are adding up. (By Robyn Mak)

Renault cars are parked outside a showroom in Saint Petersburg, Russia March 24, 2022.