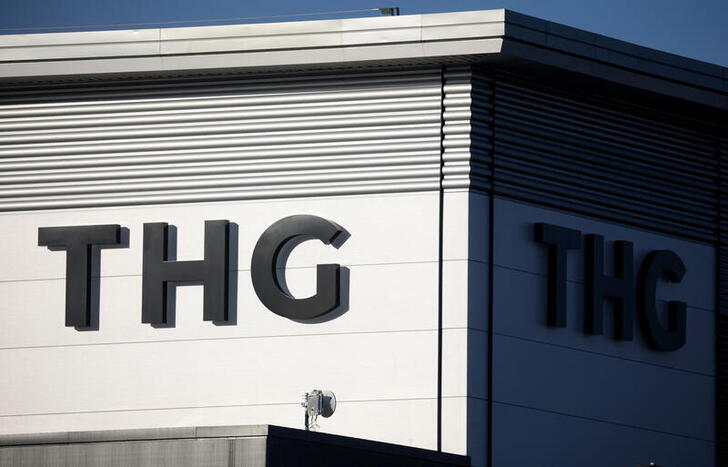 Lip service. THG is attracting the wrong kind of attention. At least that’s the view of Matthew Moulding, the founder and chief executive of the group that makes Myprotein, athleisure wear, and helps companies like Coca-Cola sell directly to consumers. On Thursday, the gym enthusiast said the company, which has lost over 85% of its value in 12 months, had received numerous approaches which all failed to reflect its value. THG’s shares rose over 15% on the news.

There’s some logic in holding out. After all, the SoftBank Group-backed company is expected to deliver 198 million pounds of EBITDA in 2022, according to Refinitiv estimates. If the company was valued on the same 14 times multiple as European marketplace Zalando then it would be worth 2.8 billion pounds, more than double its current market value.

Signage is seen on a THG office building in Manchester, Britain, January 18, 2022.