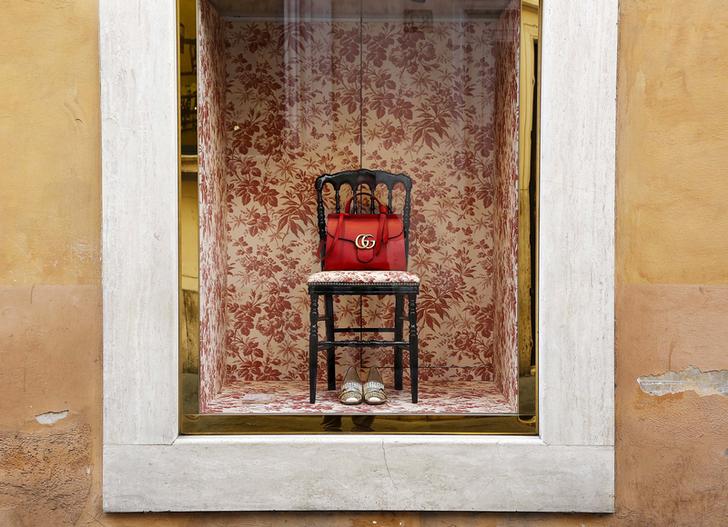 Dodging the question. Sometimes democracy brings change. At Bank of America, it brought more of the same. The bank’s shareholders voted on Monday against a proposal to audit the lender’s impact on communities of color, according to a preliminary tally.

That will please rivals JPMorgan, Wells Fargo, Citigroup and Goldman Sachs, whose shareholders face the same question in coming weeks. They should see it as only a temporary reprieve.

Big U.S. banks are keen to tout their efforts to improve diversity and boost lending to marginalized communities, yet many have been twitchy about this year’s spate of proposals that they conduct external racial audits. JPMorgan and Citigroup asked the U.S. Securities & Exchange Commission to let them snip the question from their annual ballot – unsuccessfully. All five banks have argued they are already taking action.

They needn’t worry because shareholders tend to reject such moves anyway. Proxy Monitor counts more than 2,000 votes at big companies on social policy questions since 2006. Just over 1% passed. Even so, America still has a 10-to-1 racial wealth gap that the banking system helped to create. It’s one thing being on the right side of shareholders, and another being on the wrong side of history. (By John Foley)

Rent now, pay virtually. Companies can now pay for their rent at WeWork in select cryptocurrencies. The shared office provider said Tuesday it would join a few companies, like Tesla, in accepting bitcoin. But it takes two sides to make a market.

Volatility of the currency has made its acceptance fluctuate among companies. It has been an on and off and on again experience at travel firm Expedia, for example. As it happens, when the valuation of the currency is rising, vendors are more willing to take it, but buyers are less willing to part with it. When the fortunes swing, so do those who are interested in its exchange.

Bitcoin’s value is up eightfold over the past 52 weeks, but down more than 10% in the past week. If people expect values to go up rapidly, more companies may join WeWork. For now, it’s good publicity for the company run by Sandeep Mathrani, as the firm gears up for its float via a merger with a special purpose acquisition company at a $9 billion valuation. The long-term viability of it as a currency, though, depends on whether the value of bitcoin actually stabilizes. (By Robert Cyran)

Mind the gap. Kering’s pandemic recovery could do with some extra gas. The 79 billion euro owner of high-end fashion brand Gucci reported first-quarter sales of 3.9 billion euros on Tuesday, beating analyst forecasts. That’s 21% higher than a year ago and 3% better than its sales for the first three months of 2019. Yet bling rival LVMH’s beat against its pre-pandemic sales was an even more impressive 11%.

Revenue at Gucci, which makes up nearly two-thirds of Kering’s total, is still 7% below its level in the first quarter of 2019. Yet the brand holds a 15% share of online searches so far this year, making it the most popular in the luxury segment, says consultancy Luxe Digital. And record first-quarter economic growth in China, its biggest market, augurs well. Still, Kering trades at 28 times its forward earnings against 36 times for LVMH. If Bernard Arnault’s conglomerate maintains its faster pace, the valuation gap will persist. (By Lisa Jucca)

Incarceration arbitrage. Running prisons for profit raises moral questions. That makes companies like CoreCivic and GEO and their financiers fair game for environmental, social and governance activists. Barclays has discovered that the opprobrium isn’t easily avoided, even when there are a couple of degrees of separation between the bank and the activity in question.

Along with other big lenders, the UK bank said two years ago it wouldn’t finance private prisons. Yet it just pulled out of underwriting a municipal-style debt deal for two facilities in Alabama, according to Bloomberg. In this case, while the owner would be CoreCivic, it’s the state that would have operated them. The move followed the embarrassing termination by the American Sustainable Business Council and Social Venture Circle of the bank’s membership.

Critics targeted not only CoreCivic’s role but also Alabama’s deficiencies running correctional services – failures that brought a lawsuit from President Donald Trump’s Department of Justice. They took further issue with the bonds being issued via the Wisconsin-based Public Finance Authority, a governmental entity that has now also dropped out, according to the Wisconsin Examiner. It’s becoming harder to hide from the ESG police. (By Richard Beales)

Speed bump. The UK’s competition regulator has a reputation for scuppering supermarket takeovers. So petrol station tycoons the Issa brothers and private equity firm TDR Capital should be relieved that the Competition and Markets Authority has given the green light to their 6.8 billion pound takeover of UK grocer Asda, as long as they keep fuel prices low.

The buyers have two options. They can continue Asda’s national pricing policy, offering motorists a flat fuel rate across the UK. However, that would stop them charging drivers more in areas where they are dominant. Flogging forecourts may be simpler, especially as Irish petrol station chain Applegreen and Motor Fuel Group may be keen to hoover up discarded outlets. The CMA seems open to remedies and is unlikely to torpedo the deal, as it did with J Sainsbury’s merger plan with Asda in 2018. The Issas should take the win and run. (By Aimee Donnellan)

Smoke signal. Big Tobacco’s regulatory blowback is here again. Joe Biden’s administration is considering a rule that would limit nicotine or ban menthol in cigarettes, the Wall Street Journal reported late on Monday, citing sources. That sent shares in British American Tobacco, Imperial Brands and Swedish Match down more than 5% on Tuesday morning. Altria in the United States also closed down more than 6% on Monday.

The U.S. Food and Drug Administration has mulled a ban on menthol for years, but the plan was shelved in 2019 when its key driver Scott Gottlieb left. The consolation for the sector is that if Biden is going after Big Tobacco, it could take years to implement. But $92 billion London-listed BAT derived nearly half its operating profit from the United States last year, and 25% of its revenue came from menthol, Morningstar analysts reckon. That, plus the rise of ethical investing and prior struggles to get non-tobacco products off the ground, suggests difficulties ahead. (By Karen Kwok)

Loyalty fees. Tencent’s low-profile boss Pony Ma is having to spend more time in the spotlight. On Monday he pledged an initial 50 billion yuan ($7.7 billion) of the social-media giant’s money, roughly 40% of its 2020 adjusted earnings, for “socially valuable” projects ranging from scientific projects to rural development to carbon neutrality.

The sudden largesse – 19 times Tencent’s donations last year – includes investments in startups, which could keep investors happy. It also happens to align with President Xi Jinping’s blueprint for national development. And it comes a week after the country sought to rein in the sweeping dominance of Alibaba and 33 other so-called platform companies, including $775 billion Tencent.

Xi may just dismiss Pony Ma’s new generosity as window-dressing. Philanthropy has not been an effective shield in the past: Alibaba’s gift of medical equipment last year didn’t prevent founder Jack Ma from becoming a political target after he publicly criticized regulators. At least Pony Ma cannot be accused of not trying. (By Yawen Chen)

Plant this. Brazil’s JBS is making a healthy meal with its latest acquisition. The world’s largest meatpacker agreed on Monday to buy Netherlands-based Vivera for an enterprise value of $408 million. At 4 times annual sales, that shouldn’t stretch the acquiror’s waistline.

In fact, it looks positively bite size. Beyond Meat, the poster child for the industry, trades at almost 19 times revenue for the past 12 months, per Refinitiv. Rival Impossible Meats could pack a similar premium multiple if it follows through on plans to sell shares to the public.

Investors certainly enjoy the taste. The almost 4% rise in JBS shares after the deal was announced added $585 million to the company’s market worth, a palate-pleasing 43% more than what it’s laying out for Vivera. That’s an effective way to pay a compliment to the chef, JBS boss Gilberto Tomazoni. (By Antony Currie)

Bears beware. In a world of inflated tech valuations, Atos has proved to be a lucrative exception to the rule for canny short-sellers. The beleaguered $8 billion French IT provider fell by 6% on Tuesday after first quarter sales undershot analyst expectations. It follows a failed approach for New York-listed DXC Technology and revelations of an ongoing audit into two U.S. units linked to potential revenue misstatements. Such bugbears mean shares have slumped by 23% this year, compared to a 15% rise in the STOXX Europe 600 Technology index.

Even so, those still betting against boss Elie Girard should be wary. Including debt, Atos is valued at just over 4 times forward EBITDA, according to Refinitiv data, compared to peer SAP on 17 times. A rock-bottom valuation may attract rivals, particularly those vulnerable to arm-twisting by the French government if it decides to “rescue” a local tech champion. Last November, telecoms operator Orange denied it was working on a takeover. IT consultant Capgemini is another potential suitor. Atos carries risks whichever way one bets. (By Christopher Thompson)