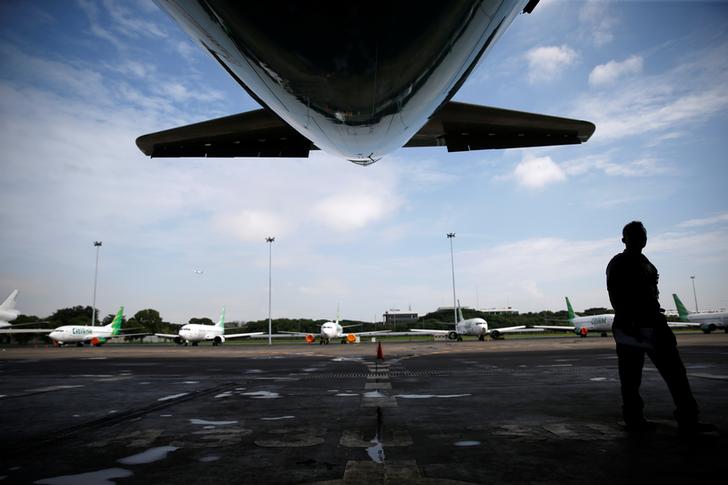 Erdogoings on. President Tayyip Erdogan is up to his old tricks. The Turkish leader is expected to announce “good news” about natural gas in the Black Sea, according to state media. Like last year, when Turkey said it had discovered 405 billion cubic metres of natural gas in the region’s Sakarya field, the lira is on the ropes. The hope is that gas discoveries will make Turkey less dependent on energy imports, boosting its currency.

There’s a simpler solution. Erdogan helped push the lira to record lows against the dollar this week by calling for more interest rate cuts, less than three months after firing a third central bank governor who didn’t play ball on monetary policy. In another blow, Russians and Brits are shunning Turkey’s beaches this summer due to the coronavirus. It’s high time for the self-styled enemy of interest rates to keep schtum. (By Dasha Afanasieva)

The duo are not alone. Industry heavyweights Allianz, UBS and Deutsche Bank’s asset management unit DWS have also thrown bids into the ring, according to Bloomberg. Generali’s tilt, equivalent to just 0.5% of NN’s assets under management, is unlikely to prevail. The price is a steep discount to the average 1.8% value-to-managed assets ratio for listed European firms like Schroders or Ashmore, according to data from Refinitiv. Given the long line of interested parties and European asset managers’ desire for scale, NN can expect a much juicier outcome. (By Aimee Donnellan)

Exit row. One year ago, creditors of Garuda Indonesia gave the national carrier approval for a three-year extension on a $500 million sukuk, or Islamic bond. Now the airline has deferred those payments and is asking for a wider standstill. A government official says its debt is around $4.5 billion and needs to be restructured to one-third or less of that amount for the company to survive.

Garuda was in poor shape pre-pandemic, and its long effort to avoid bankruptcy has come to a head. Even the government, the company’s majority owner, has cut back on support after it breached covenants. Aircraft lessors have the most to lose, and foreign debt-holders will complicate any resolution.

There’s bumpy air ahead if other Southeast Asian carriers’ experiences are a guide. A court hearing on Thai Airways International’s $7.8 billion restructuring has been delayed because of creditor complaints. While shareholders in the long-haul unit of Malaysia’s AirAsia have approved a debt rejig, creditors are yet to consent. With the pandemic still burning, options are limited. (By Una Galani)

Show me the money. Activists are back in Japan and they’re zeroing in on hoarded reserves as the country’s annual general meeting season kicks off. Last year, they went easy, dropping many demands as companies battled the pandemic. But of the 17 campaigns counted so far by analyst Nick Smith of CLSA, 10 call for higher dividends, six want cross-shareholdings to be sold and four are looking for buybacks. Small wonder: two fifths of non-financial stocks in the top-tier Topix index have net cash worth more than a fifth of their equity – a new record, says Smith.

Many of the targets are mid-caps. One of them hasn’t managed a 5% return on equity since the mid-1990s. Another property owner has an uncomfortably cosy relationship with its top tenant, the Tokyo Stock Exchange. The numbers are a reminder to investors of how far governance reforms began under former prime minister Shinzo Abe still have to go. (By Jennifer Hughes)

A technician is pictured at Soekarno-Hatta International airport near Jakarta, Indonesia, March 13, 2019.