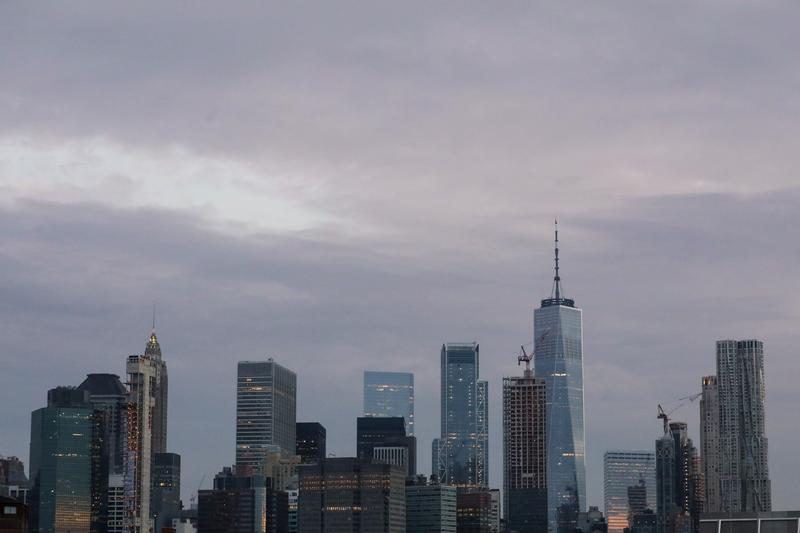 Urban decay. New York is still the top financial center of the world, according to a new survey from Global Financial Centres Index, compiled by Z/Yen Group and the China Development Institute. But the value of the bragging rights may be less than they were. The pandemic has depleted cities’ importance and their fungibility.

Rankings between financial centers ride on the assumption that companies, people and investment will flow towards the winners. But one of the big lessons of Covid-19 is that people can live in one place and work in another. People may be less willing, or able, to ship out from one country to another.

And cities overall have lost their luster. Nine of the top 10 global cities including London, the silver medalist, had a decline in their overall scores according to Z/Yen. One exception to the trend was the Chinese metropolis of Wuhan, where Covid-19 was first identified. It gained some points, but perhaps unsurprisingly sits at the bottom of the ranking. (By Jennifer Saba)

Minority holders of Allegro may be underwhelmed. But it’s not uncommon for sellers to get permission from banks arranging IPOs to sell early, especially when there’s not long to go and the stock hasn’t performed poorly.

Shareholders ought to be more concerned about Allegro’s poorly received 2021 guidance divulged earlier this month. And the spectre of Amazon.com: after much speculation the Seattle-based giant opened a Polish site. Still, with Allegro up almost 40% on the IPO, things could be worse. (By Dasha Afanasieva)

Bypassing. Uber Technologies is offering more than 70,000 UK drivers extra pay and benefits, after the country’s highest court last month decided they were in fact workers. It sounds like a big deal but may turn out to be a damp squib: Uber hasn’t had to disclose how much the change will increase its costs and says the ruling won’t stop it from turning a profit this year. That’s partly because the UK only accounted for 6.4% of the group’s total taxi gross bookings in the last three months of 2020.

Uber’s interpretation of the ruling also helps. The group run by Dara Khosrowshahi will only pay minimum wage from the time drivers accept a ride request, not when they turn on their app. It reckons its drivers already earn 17 pounds per hour, more than the 8.72 pounds per hour minimum wage. And it’s not applying the ruling to its food delivery business at all. The risk for Uber is that it faces a further wave of lawsuits from its workers. (By Karen Kwok)

Royalty status. Huawei is playing its trump card. China’s telecommunications giant expects up to $1.3 billion in revenue between 2019 and 2021 from licensing intellectual property. It will charge a “reasonable” royalty capped at $2.50 for every smartphone that uses its next-generation wireless technology.

Huawei and its rivals historically exchanged access to each others’ patents. But U.S sanctions crippled the group’s smartphone and electronics unit, which generated $72 billion in sales in 2019. Meanwhile, governments from the European Union to India are shunning Chinese-made network equipment due to security concerns.

Huawei owns roughly a fifth of the essential 5G patents, according to research firm IPlytics. So its technology will probably be in most of the latest handsets. Rival Qualcomm reckons 5G smartphone shipments for 2020 and this year could total 775 million, implying up to $1.9 billion in handset royalties alone for Huawei. With ever more devices connecting to 5G, the company’s royalties could unveil a treasure trove. (By Robyn Mak)

Milk round. New Zealand’s Fonterra is finally delivering the goods. Chief Executive Miles Hurrell says the dairy giant’s 2019 strategy overhaul, which aimed to focus on its core business, is yielding results. Management does deserve credit: Adjusted profit for the six months to the end of December rose 43% to NZ$418 million ($300 million). However, shareholders also owe a debt of gratitude to thirsty consumers in the People’s Republic.

China added the cream: EBIT there rose 38% year-on-year to NZ$339 million, making it Fonterra’s most important region for sales. And the country will also be key in upcoming divestments, as the company prepares to sell local farms and the last dredges of a stake in infant-formula maker Beingmate. Earlier reports suggest the farms alone could be worth some $400 million. Hurrell has already done much to get Fonterra back in shape: China will help him to both slim down the portfolio and fatten margins. (By Katrina Hamlin)

High voltage. Investors are starting to like the look of BMW’s new electric model. Shares in the 52 billion euro German automaker rose 4% on Wednesday morning after boss Oliver Zipse revealed plans to electrify BMW’s sales over the next decade. By 2030 the Munich-based company bullishly projects that pure battery cars will comprise half of global sales – from less than one in 10 vehicles sold last year. That’s a slight acceleration away from Daimler’s 50% goal, which includes hybrid vehicles, and nose-to-nose with rival Volkswagen’s comparable target.

Investment in battery cars should also lead to higher profitability. Zipse believes his pricier rides can help the group accelerate to a 10% operating margin over the medium term, comfortably ahead of its pre-pandemic 7% margin and 2 percentage points above the upper end of VW’s guidance. Shares trading on 9 times forward earnings – compared to VW’s 10 times multiple – deserve an even bigger jump-start. (By Christopher Thompson)

(The Allegro article has been corrected to state that funds advised by multiple buyout groups are selling stakes.)