12 May 2021 By Breakingviews columnists 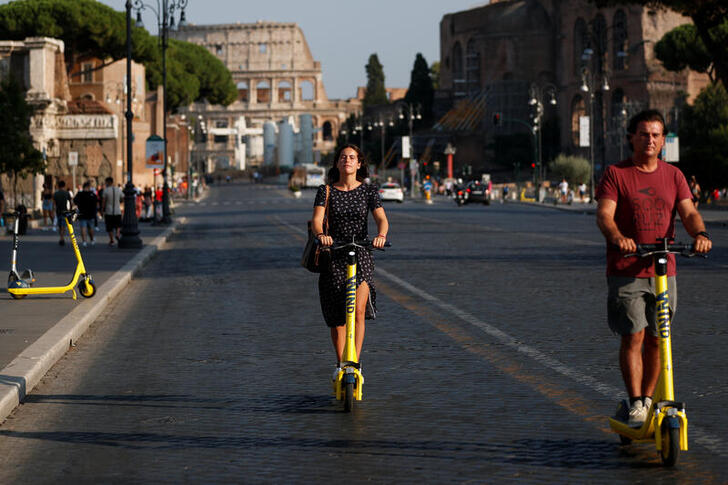 Old front. Amazon.com has scored a win in yesterday’s tax battle. Europe’s second-highest court ruled on Wednesday that the e-commerce giant did not have to comply with a European Commission order to pay $303 million in back taxes to Luxembourg. The verdict is further evidence that Competition Commissioner Margrethe Vestager’s tax fight against U.S. tech giants is not working. Her attempt to use EU state aid rules to dismantle cosy fiscal arrangements had already backfired in September, when the same court annulled a 13 billion euro tax order against Apple.

For Amazon founder Jeff Bezos, the ruling may however be a pyrrhic victory. A U.S. proposal for a global minimum corporate tax rate of 21% on overseas income has revitalised a decade-long push against tax avoidance. If implemented, the plan would give internet behemoths less incentive to base themselves in low-tax jurisdictions such as Ireland or Luxembourg. The tax war has already moved on. (By Lisa Jucca)

Scooting ahead. Bird has landed. The transportation firm that rents two-wheeled modes of transportation agreed on Wednesday to be bought by special purpose acquisition company Switchback II. The deal values Bird at $2.3 billion, a relatively high price. A smaller outfit in Europe, Helbiz, recently agreed to a similar deal that valued it at just over 1 times estimated 2023 revenue. Bird’s comparable multiple is more than twice that high. Still, it is slightly lower than the $2.5 billion that investors including Sequoia Capital awarded it in a 2019 fundraising round, according to TechCrunch.

That, however, was pre-pandemic. With people avoiding city bars and restaurants, revenue fell more than a third in 2020. Still, at least it has sales, which isn’t always the case in recent SPAC deals. Take the helicopter taxi companies and early-stage autonomous trucking firms that are also tapping blank checks. By contrast, Bird might turn a profit if the desire to avoid public transportation persists even as life returns to normal. Bird may be pushing the envelope in one sense. But at least it isn’t promising scooters will fly. (By Lauren Silva Laughlin)

No extra padding. Andrea Orcel’s first tangible move is in the right direction. The veteran dealmaker, who started as UniCredit’s new boss last month, is getting rid of wasteful extra padding. His top management team, unveiled on Wednesday, will shrink to 15 people from the 27 installed by predecessor Jean Pierre Mustier. It will also be more diverse, and lose most of its existing 44 management committees.

Investors should be pleased. UniCredit’s management structure was riddled with co-head functions and extra management layers that added unnecessary complexity. Italy makes nearly 40% of group revenue, so turning it into a standalone division directly reporting to the chief executive signals a greater focus on UniCredit’s main market than his predecessor ever had. A simpler and more targeted structure should in turn help UniCredit’s chief boost depressed returns. That’s a good idea if Orcel has any plans to engage his M&A instincts. (By Lisa Jucca)

Jekyll & Hyde. Commerzbank and ABN Amro are both mid-sized European lenders suffering from high costs and low rates. Yet their trajectories couldn’t be more different. The 8 billion euro German group seems to be improving rapidly, with revenue rising by 35% year-on-year in the first quarter thanks to roaring capital markets. Shares rose 7% on Wednesday. But its ultimate destination is a sale: analysts reckon the lender will generate a meagre 2.5% return on tangible equity in 2022, a product of Germany’s cut-throat lending market. An eventual merger with Deutsche Bank seems unavoidable.

ABN, on the other hand, has no such option. Shares in the 10 billion euro Dutch bank fell 7% on Wednesday after it revealed a 4% year-on-year revenue slump. Analysts are pencilling in a 5% return on equity next year. Antitrust authorities would probably block any attempt to raise that through a merger with local rival ING, given the country’s concentrated banking market. Unlike Commerz, ABN will have to limp on alone. (By Liam Proud)

Yet a planned shift to free-to-play and mobile games is worth doing. Ubisoft’s operating margin is around 20%, compared to 32% for its U.S. peers. Moving some hit series to the cheaper and faster-growing mobile phone format – as Activision Blizzard did with “Call of Duty: Mobile” – could boost profitability and attract new players, staving off so-called franchise fatigue. Ubisoft’s enterprise value is currently 7 times this year’s estimated EBITDA, according to analyst forecasts compiled by Refinitiv – half the level of U.S. peers Activision, Electronic Arts and Take-Two Interactive Software. While shares are off almost a third this year, and an unsuccessful pivot could attract acquirers again, a successful one would make Ubisoft look cheap. (By Oliver Taslic)

Hot tee. Golf has found its swing again, evidenced by a deal unveiled on Tuesday for TaylorMade. Four years after buying the brand from Adidas for $425 million, private equity firm KPS Capital is selling it to South Korean peer Centroid Investment Partners for $1.6 billion, per The Korea Economic Daily.

The socially distant game exploded in popularity during the pandemic. A record 3 million Americans got on a course for the first time in 2020, twice as many beginners as in 2011, based on a U.S. trade group’s figures. After enduring an earlier industry slump, Callaway’s equity value has nearly tripled to some $6 billion over the past year, with analysts estimating a 73% increase in annual revenue.

According to local media, Centroid is paying 12 times projected 2021 EBITDA for TaylorMade, whose reps include top-ranked Dustin Johnson. That’s a discount to Callaway and Titleist owner Acushnet, suggesting that if the sport’s rebound persists TaylorMade’s new owner has a shot at hitting the green too. (By Jeffrey Goldfarb)

XX marks spot. Progress in diversity isn’t always linear. While the number of female executives is rising in Japan, investors aren’t yet reaping the rewards. Over five years, the return on invested capital for Topix 500 companies with all male directors was more than a percentage point higher than for those with at least one woman in the boardroom, according to an analysis by CLSA analyst Nicholas Smith.

Having more women helped. When at least a quarter of the board is female, returns leap. The study meshes with earlier research suggesting many female voices are needed before benefits become apparent.

The numbers could betray a tendency towards tokenism, too. While Japan’s mid-level managers remain somewhat homogenous, companies are looking further afield for new directors. A racing car driver and an astronaut have provided the feminine touch at Nissan Motor and Fujitsu. Such creative headhunting may tick a box, but is no substitute for cultivating and recruiting the best boardroom candidates. (By Katrina Hamlin)