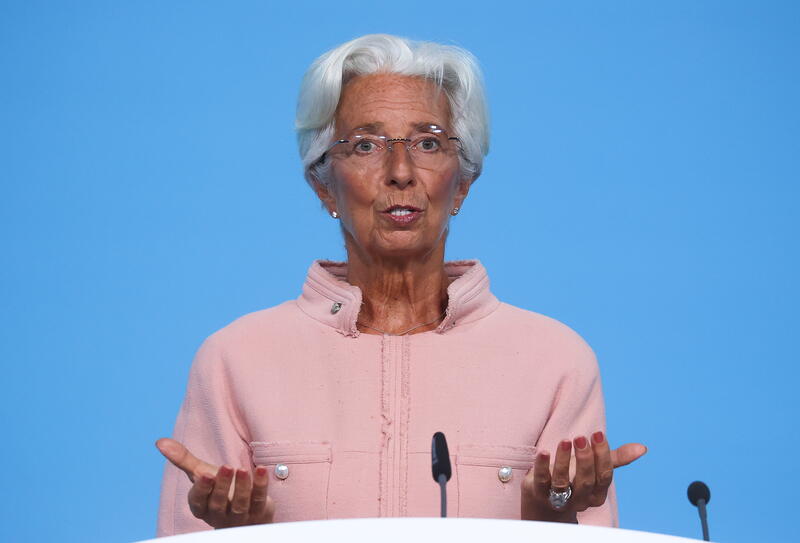 The metal lady. European Central Bank President Christine Lagarde said on Thursday that she will moderate the pace at which she buys bonds for an emergency pandemic-era purchase programme, known as PEPP. But in a reference to former British Prime Minister Margaret Thatcher, who famously said the lady wasn’t for turning, the Frenchwoman insisted: “The lady isn’t tapering”. In one sense the ECB boss is right. The central bank has been buying around 80 billion euros of debt each month under PEPP during the past two quarters, but as that was an increase from the start of the year, it’s not scaling back purchases in the same way as its Canadian counterpart.

The tough decision on whether to embark on a proper tapering will come before the end of the year. Lagarde will then find it harder to build the sort of consensus on which she prides herself. Another well-known British political saying may prove useful: Standing in the middle of the road is dangerous, as you risk getting knocked down by traffic from both sides. (By Swaha Pattanaik)

Bugging out. What is Ant worth? There’s no way to tell any more. Fidelity Investments recently slashed its valuation of the Chinese financial technology company to $78 billion from $144 billion in February, Bloomberg reported. That’s less than half the $173 billion estimate by Goldman Sachs analysts and a far cry from the $315 billion kicked around ahead of last year’s planned initial public offering.

The deal was yanked so Ant could implement a restructuring to appease Beijing. In June, the company made progress in folding two once-booming online credit businesses into a half-owned consumer finance outfit overseen by China’s central bank. Ant may soon open its data trove and establish a credit scoring venture with state-backed firms, in which it would own 35%, according to Reuters. New rules targeting payments, insurance and online lending are also being rolled out.

All the moving parts make it impossible to assess the company’s growth and profitability. The real question is whether Ant will keep a strong position in China’s financial firmament, and there’s no Excel function for that. (By Robyn Mak)

All aboard. Sea is making a big splash in the capital markets. The Southeast Asian technology conglomerate plans to follow up December’s equity hike by selling another $6.3 billion in shares and convertible bonds.

With its stock price up 150% over the past year and investment and acquisitions surging in the region, it makes sense for Sea boss Forrest Li to take advantage of the situation and stock up. The $185 billion company already had $4.6 billion of cash and equivalents on its balance sheet as of June 30.

More international expansion may be on the agenda. Sea is establishing beachheads everywhere from India to Poland, and some early success could be emboldening it. Shopee was the most downloaded shopping app in Brazil in the second quarter, per App Annie. Sailing so far from home introduces far more risk, however, especially considering Sea spans food delivery to financial services. Any signs of overreach could start to give investors that sinking feeling. (By Sharon Lam)

President of the European Central Bank (ECB) Christine Lagarde speaks as she takes part in a news conference on the outcome of the Governing Council meeting, in Frankfurt, Germany, September 9, 2021.