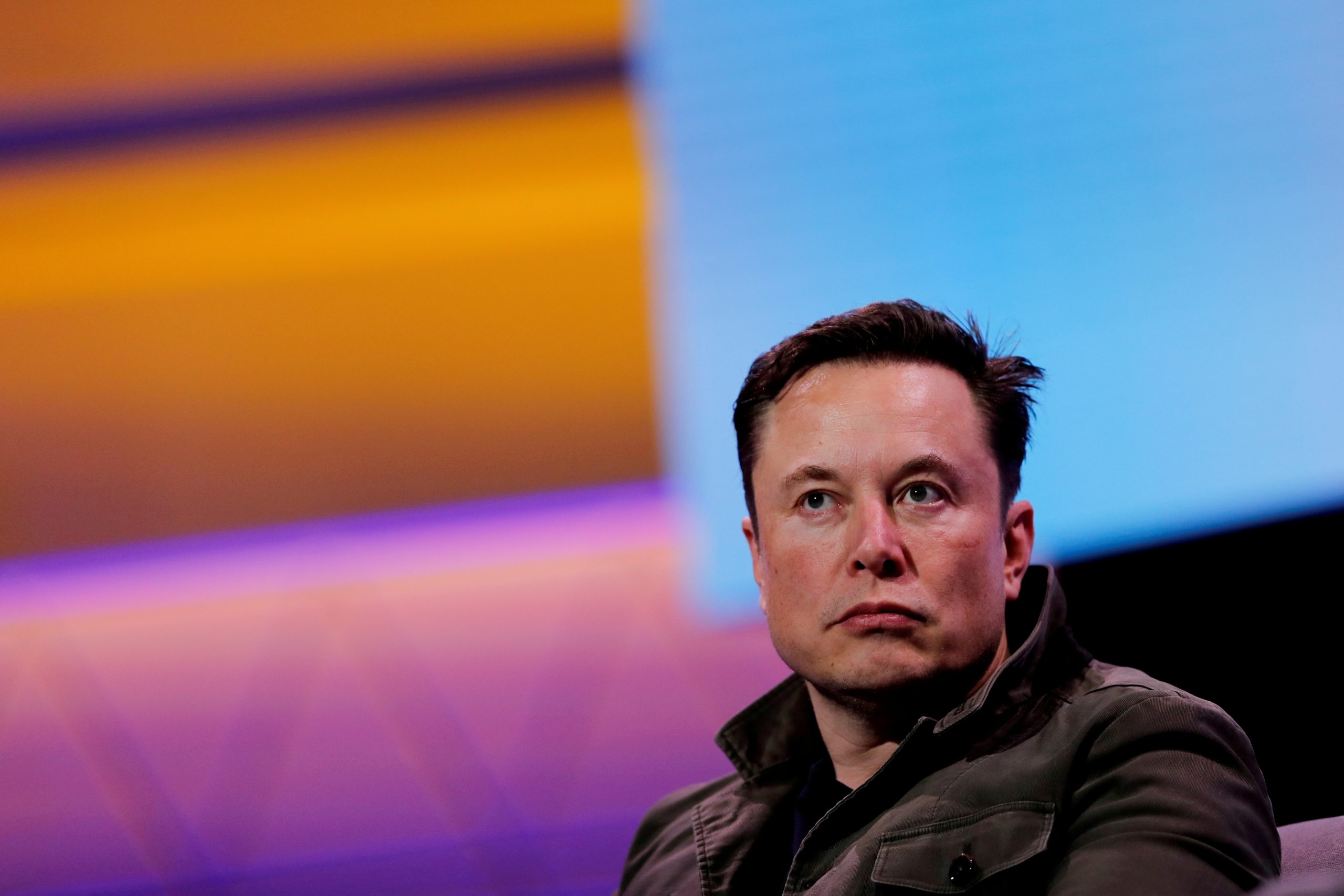 Untouchable, for now. It’s characteristic of Elon Musk that he polled Twitter about whether he should sell 10% of his stake in $1 trillion electric-car maker Tesla. Following the vote, the chief executive has offloaded about $5 billion of shares this week, although at least some of the sales were flagged weeks before the tweet in question.

The disposals helped knock 12% off Tesla’s value on Tuesday, but that’s minor compared with the roughly 1,500% gain in the company’s stock price over three years. Shareholders, supporters of brash entrepreneurs and electric-vehicle advocates alike can only cheer Musk’s success.

Yet he can also be a liability. A 2018 settlement with the Securities and Exchange Commission over another tweet forced Musk to bring in an independent board chair, former Telstra executive Robyn Denholm. Like other directors, she has done handsomely from option grants. Hers covered shares worth more than $500 million at the end of 2020, and many are now cashed in, including nearly $30 million-worth last week. Aligning directors’ and investors’ interests makes sense. But it’s hard for anyone to hold to account a person who has made them so rich. (By Richard Beales)

Juggernaut. Daimler’s truck unit is nosing ahead of Italian rival Iveco in the race to market. The German automaker set punchy targets for its industrial vehicle division on Thursday, just weeks before it lists a majority stake. Daimler wants a 10% operating profit margin by 2025, a big jump from 7% in the first half of 2021. Iveco, controlled by the Agnelli family-backed CNH Industrial, looks a bit more clunky, with a 3.6% EBIT margin in the first half, according to its prospectus, also filed on Thursday.

The spinoffs will create two large listed European truck makers, alongside Sweden’s Volvo and Volkswagen’s Traton. Assume Daimler’s sales recover to 2019 levels next year and it retains its 7% margin. On an 8 times multiple, it would be worth 26 billion euros, nearly a third of its parent’s 95 billion euro market capitalisation. Yet truck makers are also consolidating to prepare for the switch to electric vehicles. Traton recently snapped up Navistar; CNH tried to sell Iveco to China’s FAW Jiefang. Listings will rev up the dealmaking. (By Neil Unmack)

CATL prod. Johnson Matthey has jumped before being pushed. The $6 billion UK chemicals company said on Thursday it would exit its UK battery materials business, chastened by alternative technologies and heavyweight rivals. Given that competitors like China’s $239 billion Contemporary Amperex Technology are increasingly dominating the electric vehicle market and building factories in Europe, bowing out is the right move. JPMorgan analysts valued Johnson Matthey’s unwanted cathode material business at zero.

That doesn’t mean investors like it, especially alongside Johnson Matthey’s guidance at the lower end of expectations. The UK company’s share price fell 15%, three times more than $13 billion Belgian peer Umicore’s drop. Robert MacLeod, the chief executive who is leaving after eight years, reckons his company is now free to invest in hydrogen. That could be a winner, but may not be as immediately lucrative as making batteries for EVs. Given one of Johnson Matthey’s core businesses is converters that make petrol cars less polluting, the company only has a decade or so to formulate a Plan B. (By George Hay)

Wind in your sails. Flush with cash from the 7 billion euro sale of its services business, French utility Engie has snapped up Eolia, a wind farm developer and operator, from Alberta Investment Management. Piling into renewables in Spain isn’t risk-free. The government is clawing back profits from energy groups to help consumers cope with high prices.

Still, given energy investors fret about the cost of green pivots, Engie Chief Executive Catherine MacGregor’s looks more measured. She is buddying up with Credit Agricole, which will own 60% of the company, while Engie will lock in contracts to develop and operate wind farms. As Eolia’s 1 billion euros of debt stays off balance sheet, the cost for Engie’s stake is just 400 million euros. The implied purchase price of 2 billion euros including debt is a not-too-rich 2 million pounds per megawatt. Engie also gets a 1.2 gigawatt pipeline, boosting its strategy to grow its portfolio to 50 gigawatts by 2025. Including debt, Engie is valued at 5 times forward EBITDA, versus peers on 7 times, according to Refinitiv data. That suggests MacGregor’s strategy is still in progress. (By Neil Unmack)

Uphill. Jonathan Akeroyd’s upcoming big job at Burberry has just got harder. Sales at the British maker of $2,000-a-piece trench coats grew at a slower pace than expected in the quarter to September. The British company reported a 6% increase in revenue for comparable stores: that’s half the year-on-year 12% increase reported by rival Kering. Revenue growth from fully priced goods, a key focus of outgoing Chief Executive Marco Gobbetti’s turnaround strategy, decelerated to 10%. Shares fell 8%, exacerbating a performance gap with major luxury rivals.

Former Versace boss Akeroyd, who starts as Burberry’s new CEO in April, will need to address the imbalance. Burberry’s stock is flat year-to-date, compared to an average increase of some 40% for major listed luxury peers, Refinitiv data shows. Yet the immediate outlook is not favourable. China, which accounts for about a third of the European luxury sector’s sales, is grappling with a property market crisis, inflation concerns and a resurgence of Covid-19 cases. Transport costs are also on the rise. Akeroyd has a tough job on his hands. (By Lisa Jucca)

New equation. Walt Disney is learning the negatives that come along with Disney+. When the flagship streaming service launched two years ago, “The Mandalorian” helped propel it to Netflix-like status. But on Wednesday, Disney missed its subscriber estimates for Disney+ for the quarter ending Oct. 2 nabbing some 118 million customers below the 126 million that analysts reckoned, according to data compiled by FactSet. A lack of compelling content is a swing factor.

Chief Executive Bob Chapek warned of the slowdown in September blaming a clogged content pipe related to the pandemic. A series with buzz can do wonders. Indeed, Netflix blew past its own subscriber forecast during the last quarter on the popularity of the South Korean TV series “Squid Game.”

Disney’s shares fell around 5% in after-hours trading Wednesday, suggesting the competition is intensifying. The company’s total shareholder return year-to-date is down around 4%. Netflix’s, meanwhile, is up around 20%. The House of Mouse could use the latest series starring Baby Yoda. (By Jennifer Saba)

Faux fad. Beyond Meat could use a better plan. The plant-based meat maker’s U.S. revenue fell 14% in the third quarter, the first year-over-year drop since it started breaking out sales by region last year. Overall, revenue was $106 million, up almost 13% from the same quarter a year ago, but below analyst estimates, according to Refinitiv data. Shares fell 19% in after-market trading.

The $6 billion company run by Ethan Brown isn’t giving investors much hope. Beyond Meat estimates revenue in the fourth quarter will be below Wall Street’s consensus expectations because Covid-19 cases could still impact demand, labor and supply chains.

Beyond Meat’s partnerships with larger companies like McDonald’s could help, but the rollout of the McPlant is limited, in less than 10 U.S. locations, and an analyst from JPMorgan notes that some fast food locations have stopped carrying it. Beyond Meat’s enterprise value of more than 13 times next year’s estimated revenue is higher than companies from Nestlé to Oatly. That combination is a recipe for more disappointment. (By Amanda Gomez)