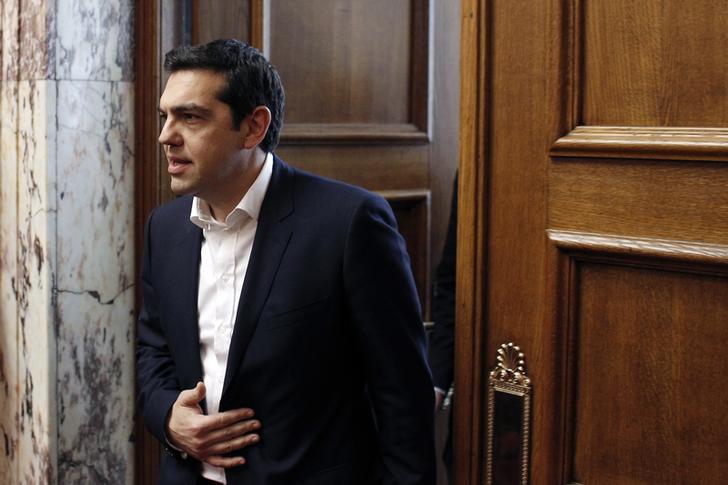 Capital controls are a messy option for Greece. This radical policy did less harm than expected during Cyprus’ banking crisis, and would buy time for Athens and its international creditors. The snag is that Greece’s position is weaker, and the politics more toxic.

A Cyprus-style approach could be a Plan B if Prime Minister Alexis Tsipras fails to agree a deal to modify Greece’s bailout in the coming weeks. Capital controls could be made a condition of continuing liquidity for the banks.

To recap, Cyprus imposed restrictions on bank withdrawals, and taking money out of the country, in 2013. The idea was to stop capital flight after the restructuring of its banking system. At the time, such measures were considered synonymous with euro exit. In fact, Cyprus started to ease the restrictions after just over a year, and remains in the single currency. That experience may inspire confidence that Greece could exit capital controls quite quickly too.

Greece’s creditors might feel that painful restrictions on the flow of money might shock the country into accepting their terms, while buying time for some sort of deal. The euro zone could fund the Greek economy by allowing banks some emergency funding, using capital controls to limit its scope (and the risk of losses) if deposit flight accelerated. There might be also some hard benefits for Athens: it could tax cross-border flows, thus raising revenue.

Yet Cyprus is a deceptive model. The measures were imposed at the start of an agreed bailout: the conditions for financial stability were already established. In Greece, they would come at a time of discord with lenders and uncertainty. Investment and tourism may be badly affected. Moreover, Greeks’ sense of indignation after years of austerity could be exacerbated. The popular mood could shift to demanding a euro exit.

Capital controls may yet be a preferable alternative to an immediate withdrawal from the euro, certainly for Greece’s lenders. Tsipras would, however, have to explain to his voters how, having promised hope, he has delivered more pain. If he wants Greece to stay in the euro, the challenges of capital controls may give him more reason to compromise.

Euro zone finance ministers are due to discuss terms on Greece’s bailout on Feb. 11.

The country’s recently elected government, led by Alexis Tsipras, has demanded a restructuring of its debt and the right to run a lower fiscal surplus, before interest payments.

Euro zone finance ministers are due to discuss terms on Greece’s bailout on Feb. 11.

The country’s recently elected government, led by Alexis Tsipras, has demanded a restructuring of its debt and the right to run a lower fiscal surplus, before interest payments.