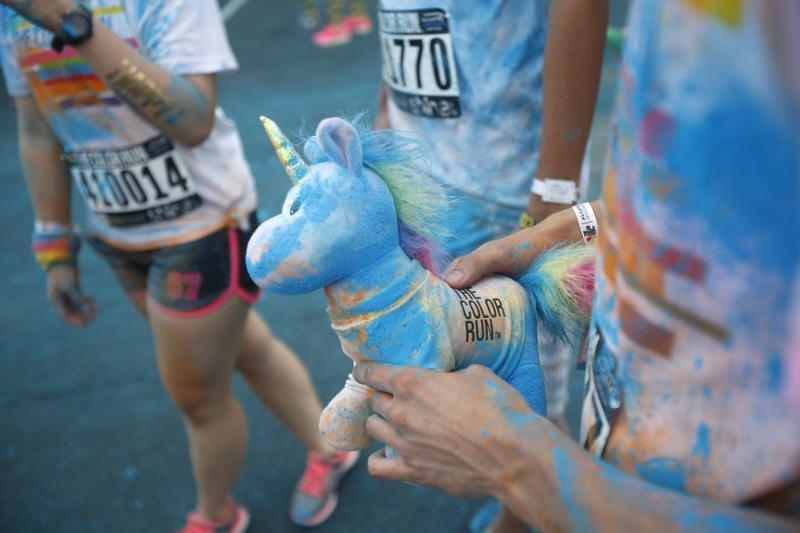 Few of these young companies are cash-flow positive, so most will need capital infusions to survive. That money may be drying up. Fidelity Investments recently marked down the value of its Snapchat and Zenefits holdings, and BlackRock slashed the value of its Dropbox stake. If massive asset managers pull back, private firms will be dependent on tinier venture capital outfits, which may be more demanding in their terms. Even hardened angel investors are becoming skeptical. Marc Benioff, Salesforce.com’s founder, says he will no longer invest in unicorns because they have “manipulated private markets to obtain these values.”

Going public is an option. American tech firms’ proceeds from initial stock sales so far this year are $6.1 billion – a fifth the amount they raised last year, according to Thomson Reuters data. Global trends are similar.

Claims that remaining private allow founders to retain a long-term focus look suspect. Super-powered voting stock allows insiders to treat public companies as their fiefdoms. But the stretched private valuations make it harder for unicorns to go public. Insiders do not want the ignominy of a so-called down round. Floating at a reduced price also creates the impression something has gone wrong. That can make it difficult to lure customers and talented engineers.

M&A may be a better option. Two of China’s private taxi apps, Didi and Kuaidi, combined in February to gain scale against Uber, and the combined valuation ballooned. Didi Kuaidi recently invested $100 million in U.S.-based Lyft. Lyft could seek shelter from Uber by selling itself to Didi Kuaidi or partner Hertz. Other unicorns that have run into trouble could also find comfort in the arms of bigger, more mature rivals. Benefits manager Zenefits might make a nice target for Workday or ADP. It’s easy to see how cloud storage firm Dropbox might drop nicely into the portfolio of Microsoft.

Insiders may not wish to sell at public market valuations. Tacking on a change-of-control premium would help narrow this gap. And a lack of cash flow and scarcer private capital may eventually force their hands.

A man carries a unicorn mascot covered in colored powder as he competes in the Color Run in Los Angeles, California, United States, June 13, 2015. REUTERS/Lucy Nicholson

Of the 144 private companies worth more than $1 billion according to CB Insights, 44 of these “unicorns” are valued at exactly $1 billion.

Separately, Marc Benioff, the founder of Salesforce.com, said in an interview on Bloomberg that he was no longer investing in unicorns, and called for more companies to go public. “There is no reason why these companies who claim to be worth billions of dollars and making billions of dollars to stay private,” he said. Benioff also said he didn’t know if these company’s valuations were correct because “they’ve manipulated private markets to achieve these valuations.”