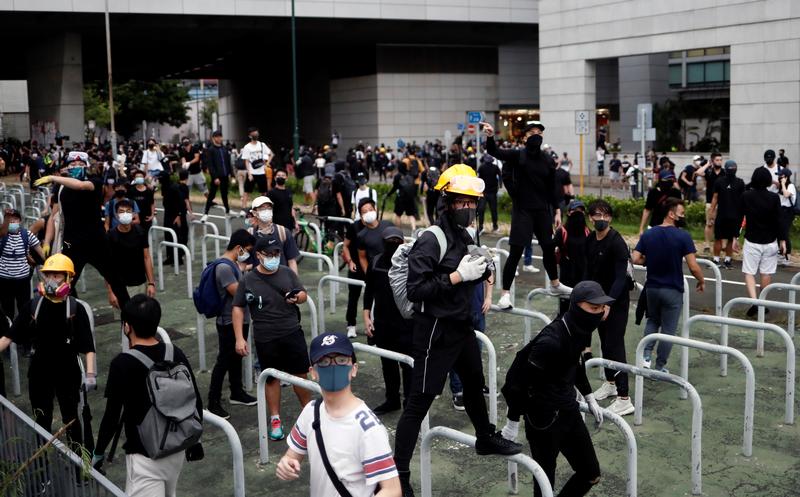 Violence in Hong Kong has worsened. A Reuters report, meanwhile, says Beijing rejected compromise with protesters. Investors have ignored ugly crackdowns before, including in Xinjiang; such indifference feeds cynical expectations that harsh measures may be forgiven again.

Protesters gather on a bike parking outside a metro station next to Hong Kong International Airport, in Hong Kong, China September 1, 2019.

Clashes late on Aug. 31 and into the early hours of the following morning saw police fire tear gas and water cannon, as protesters threw petrol bombs. The water cannon unleashed blue-dyed water, to make it easier for police to identify protesters.

The Chinese central government earlier this summer rejected Hong Kong Chief Executive Carrie Lam’s proposal to withdraw a contentious extradition bill, and ordered her not to yield to any of protesters’ other demands at that time, Reuters reported, citing three individuals with direct knowledge of the matter. Lam’s report, examining the feasibility of protesters’ demands, was made before an Aug. 7 meeting in Shenzhen, led by senior Chinese officials.