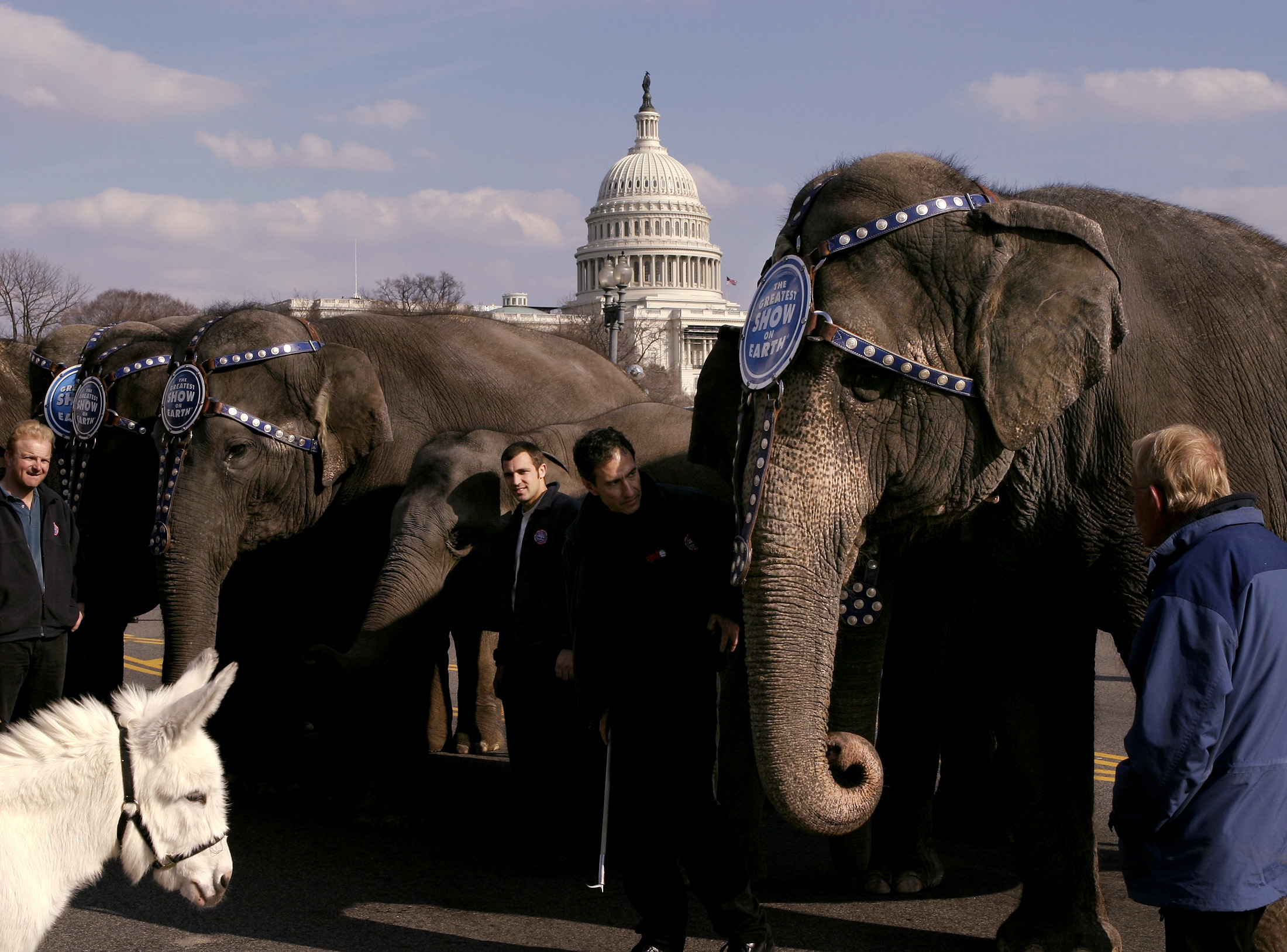 Time of death: Feb. 6, 2013. The new Republican strategy shies away from fiscal tightening after controversial initiatives to slash deficits flopped. President Obama is seeking ways to scale back sharp cuts in defense and other spending. U.S. austerity is gone – and far too soon.

Elephants and a donkey from the Ringling Brothers and Barnum and Bailey Circus pause on their journey past the U.S. Capitol, in Washington March 21, 2005. The circus is coming to the MCI Center with shows starting on April 6. REUTERS/Shaun Heasley SH/SV

Eric Cantor, the second-ranking Republican in the U.S. House of Representatives, delivered a policy speech on Feb. 5 on the party’s new priorities, which stressed the need to reform education, healthcare, tax and immigration policies.
Separately, after missing the Feb. 4 deadline to submit his budget to Congress, President Barack Obama on Feb. 5 urged legislators to pass a short-term fix to delay automatic cuts scheduled to begin in March. The so-called “sequester” will cut $100 billion in federal spending annually over 10 years.
The non-partisan Congressional Budget Office on Feb. 5 also released its annual budget and economic outlook. It said U.S. deficits will decline through 2015, but then begin to rise again. After 2023, the CBO expects debt to increase sharply, due to rising interest payments and healthcare costs.