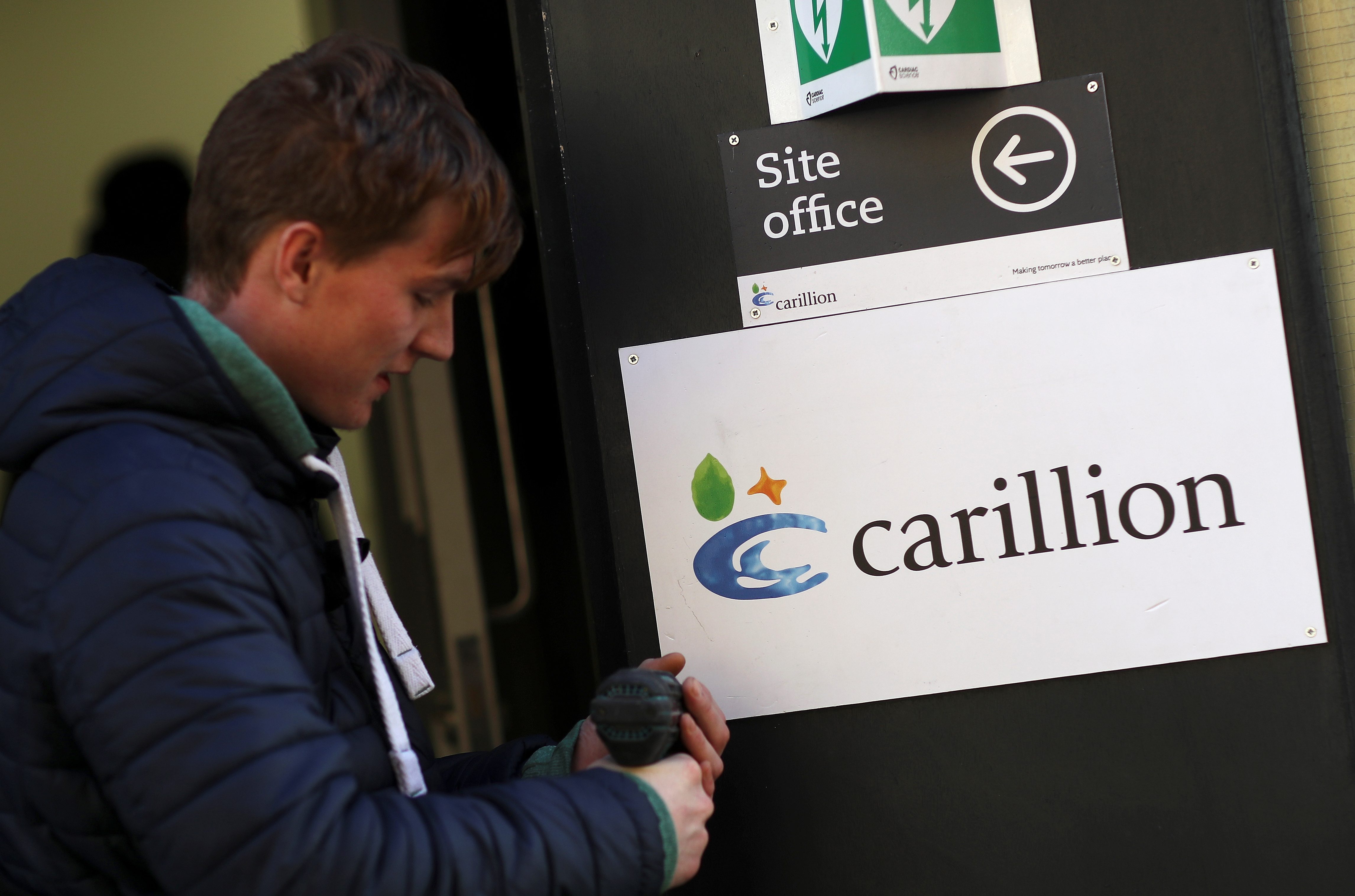 The UK pension regulator could claw back 17 mln pounds from bosses of the collapsed outsourcer. That’s peanuts compared to Carillion’s pension deficit, and implies a tortuous legal saga. Still, the group’s chaotic failure and reckless management warrant a hefty deterrent.

A worker pretends to unscrew a sign at a Carillion construction site in central London, Britain, January 16, 2018. REUTERS/Simon Dawson - RC1C09F4D160

The Pensions Regulator said on June 25 it is considering ordering former directors of Carillion to hand back their own money to help plug a 587 million pound deficit in the collapsed outsourcing company’s pension fund.

The UK regulator said it was considering issuing a “contribution notice” against the former executives which would force them to make a personal contribution.

The Department for Work and Pensions launched a separate consultation on June 26 and plans to introduce fines and prison sentences for directors who put pension schemes at risk.

Carillion, a contractor on UK public projects, went into compulsory liquidation on Jan. 15 after banks refused to lend it more money. The company folded with 1 billion pounds of debt and around 2.6 billion pounds of pension liabilities.