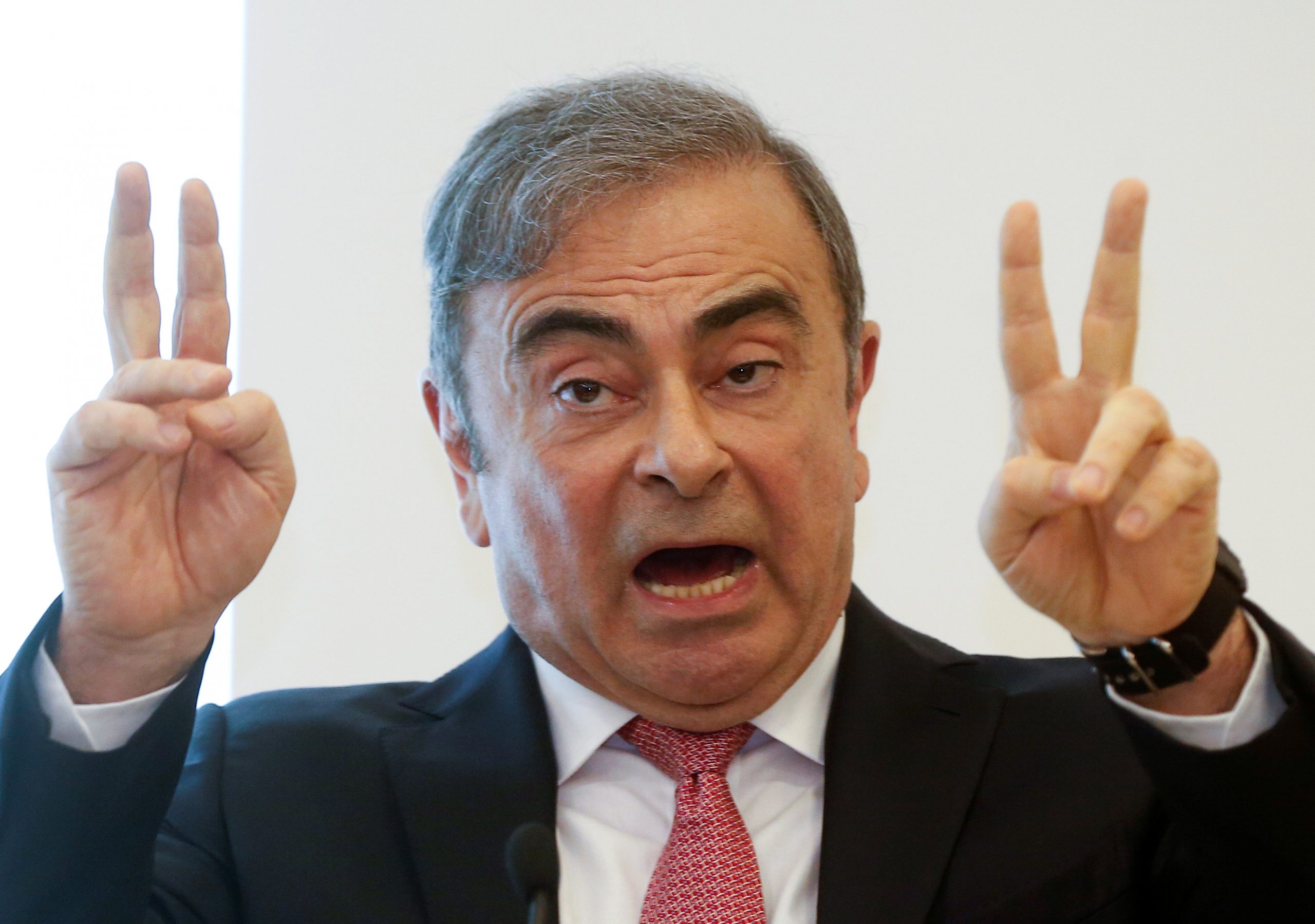 The ex-Renault boss used his first public statements since fleeing Japan to claim a plot involving Nissan and Tokyo prosecutors. The assertions were light on detail, though. That left too much time for missteps such as likening his arrest to Japan’s attack on Pearl Harbor.

Former Nissan chairman Carlos Ghosn gestures as he speaks during a news conference at the Lebanese Press Syndicate in Beirut, Lebanon January 8, 2020.

Carlos Ghosn told reporters in Beirut on Jan. 8 he had been treated "brutally" by Tokyo prosecutors he accused of helping Nissan Motor to oust him as chairman.

The former boss of French automaker Renault told a packed news conference in Beirut that he was not confident he would face a fair trial had he remained in Japan.

“You are going to die in Japan or you are going to have to get out,” Ghosn said, describing his feelings. “I felt like the hostage of a country I served for 17 years,” he told reporters at Lebanon's press syndicate.

The one-time titan of the auto industry fled Japan last month where he was awaiting trial on charges of under-reporting earnings, breach of trust and misappropriation of company funds, all of which he denies. Ghosn said he had fled to Lebanon to clear his name.

"The charges against me are baseless," Ghosn added, repeating his allegation that Nissan and Japanese authorities colluded to oust him following a downturn in Nissan's fortunes and in revenge for French government interference in the carmaker's alliance with Renault.