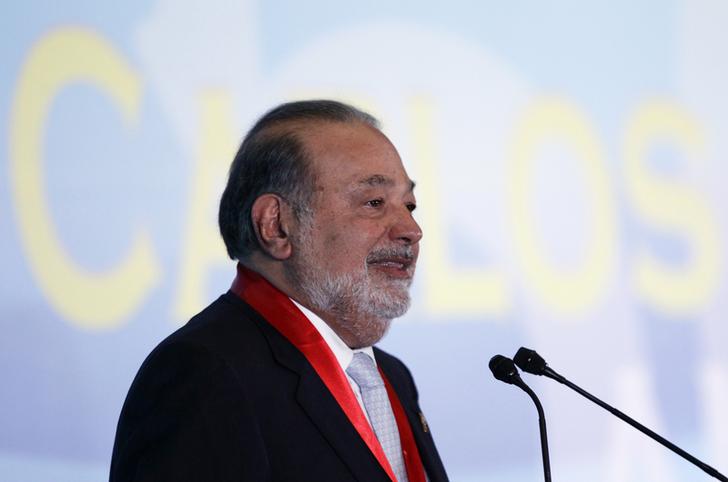 Carlos Slim can pay more for KPN. Unless the two sides agree a friendly deal, a poison pill will probably stop the billionaire’s America Movil from buying the 70.2 percent of the Dutch telecoms outfit that it does not already own. Yet there are strategic and financial reasons for Slim to keep the deal alive. And since his current offer looks cheap, a sweetened bid could still stack up.

At 2.40 euros a share, Slim’s proposal is worth at most 7.2 billion euros. It represents a skinny 20 percent premium over KPN’s value prior to the offer being announced, and equates to an enterprise value of about 4.6 times 2014 EBITDA, Breakingviews calculations show.

That looks meagre. Without any takeover premium, European peers trade on about 4.8 times forward EV/EBITDA ratios, according to Datastream. Worse, the offer is unchanged since KPN, at America Movil’s prodding, won better terms for the sale of its German unit. That added roughly 11 cents per share to KPN’s value.

So, there should be room for manoeuvre – even if America Movil is insisting it will not budge. A bid at 2.70 euros a share would lift the premium to 35 percent, and the EBITDA multiple to about 5 times, without blitzing America Movil’s credit ratings.

What’s more, if the regulatory, technological and economic challenges hammering European telecoms abate, valuation multiples and earnings should recover across the sector. And while there won’t be big synergies, America Movil presumably reckons it can run KPN better than the current lot, unlocking extra value.

A successful deal has wider significance for Slim too. He has already staked 4 billion euros on KPN, but gained limited influence in return, as the German kerfuffle showed. He is also eager to diversify away from Mexico, where the government is taking on oligopolies. Doubling down both deepens his European presence and protects an important existing investment.

These broader strategic considerations are harder to value. But suppose they are worth 500 million euros to Slim. That could justify a further bump towards 2.85 euros a share. If Slim really is serious about his proposal, he can afford to show it.

Mexican billionaire Carlos Slim gives a speech at Mexico's school of engineers during an event to mark the 50th anniversary of his engineering degree, in Mexico City May 28, 2013.