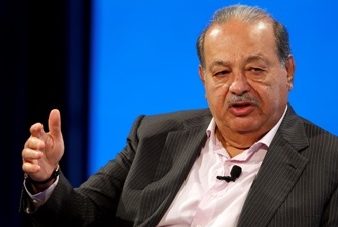 Hedge fund Polygon reckons Realia, controlled by the Mexican tycoon, uses lowball land valuations and raised capital it doesn’t need. The 800 mln euro company’s response is unconvincing. Yet unless regulators force it to change, Slim could increase his stake at a lowball price.

The hedge fund alleges that Realia is improperly valuing its residential real estate holdings and has “failed to present a true and fair view of Realia’s assets as required by international accounting principles”.

Realia on Jan. 4 said it had raised 149 million euros in a December rights issue priced at 0.85 euros per share. It reported a take-up of 99.6 percent. Realia shares closed at 0.98 euros per share on March 13.

Polygon controls roughly 10 percent of Realia. Companies controlled by Slim own just over 70 percent of the company’s voting rights according to the most recent filing on the Comision Nacional del Mercado de Valores website. That filing was dated from before the most recent rights issue.

Realia and a spokesman for Slim responded to requests for comment by resending a December shareholder letter from the Spanish company. In it, Realia pointed out that the ECO valuation criteria was established by the previous management in 2012.

The rights issue was necessary, it argued, to repay 120 million euros of short-term debt and start developing land. It said that when an investor wants to buy a company, they make a public offer to acquire shares rather than using a capital increase.