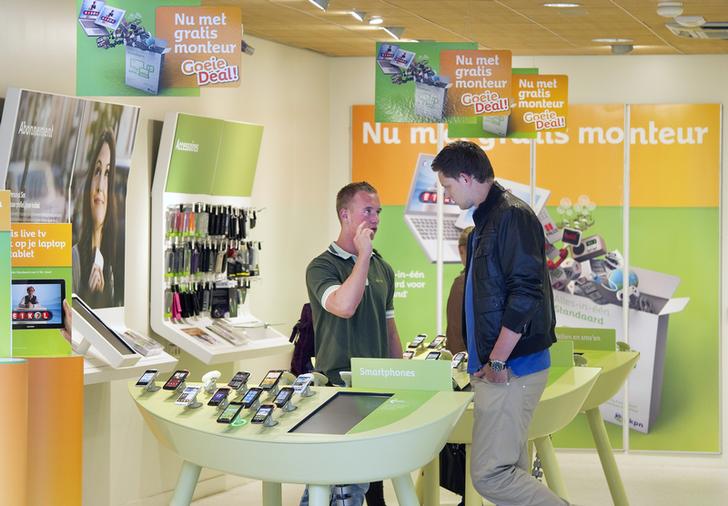 Carlos Slim has offered an escape route to KPN investors. The Mexican tycoon’s America Movil says it intends to make a 7.2 billion euro offer for the 70 percent of the Dutch telecoms group it doesn’t already own. It’s the start of a saga that could end in a substantially higher offer. But investors should be realistic – that’s a big “could”.

KPN is in turnaround mode and Slim’s approach is opportunistic. America Movil already has 29.8 percent of the company. It recently terminated a partnership pact after KPN agreed the 8.1 billion euro partial sale of its German unit, E-Plus, to Telefonica Deutschland. That in turn made it possible for Slim to bid for all of KPN.

But will a real offer materialise and how high could it go? KPN has a duty to try to push for more money. Slim’s existing stake almost precludes the entry of a competitive bidder. But KPN has options.

The board could try to persuade the market that the offer is too low. First step: talk up the benefits of the E-Plus deal. The disposal is likely to secure the required 50 percent shareholder acceptances even if Slim – who has been silent on his merits – votes no.

Selling E-Plus is shareholder-friendly. The cash-and-shares transaction strengthens KPN’s balance sheet while leaving some exposure to Germany. Factor in the proceeds and a re-rating of the KPN rump, and KPN shares could rise back to 3 euros, the price less than a year ago. While Movil’s putative 2.40 euros per share offer is 35 percent above KPN’s 30-day average, it is below the share price of just over six months ago.

The snag for the board is that the shares could easily fall back. For example, Slim might make an actual offer conditional on shareholders blocking the E-Plus deal. Indeed, under Dutch takeover law, Movil isn’t obliged to follow his statement of intentions with any actual offer.

Then there is governance. Movil set a low acceptance threshold – 50 percent plus one share. But KPN’s rules would deprive Slim of board seats unless the offer is recommended. At worst, a Dutch political backlash could tempt the shareholder foundation, which is independent of KPN’s board, to use its power to veto any offer deemed to be against the company’s interest.

For investors who bought into the rights issue at 1.06 euros a share in May, the current 2.31 euro share price offers a substantial and certain payback.

A KPN shop is seen in the Bartiljorisstreet in Haarlem May 31, 2012

America Movil said it intended to make a voluntary tender offer for the shares in Dutch Telecoms group KPN that it does not already own, priced at 2.40 euros a share and valuing the company as a whole at 10.2 billion euros.
The Latin American telecoms group, controlled by Mexican investor Carlos Slim, already owns 29.8 percent of KPN. It said the indicative offer price represented a 35.4 percent premium to KPN’s average closing price over the last 30 trading days.
“America Movil’s objective is to acquire a majority stake in KPN in order to facilitate greater operational cooperation and coordination between the two companies, to exploit all areas for potential partnerships and to intensify the realisation of synergy potential for both companies,” the company said.
It added that any offer would be conditional on acceptances of more than 50 percent.
America Movil also said it was “carefully evaluating the merits” of KPN’s proposed disposal of its German business, E-Plus.
KPN said it took note of America Movil’s statement and would carefully consider the intended offer.
Shares in KPN were trading at 2.31 euros in European lunchtime trading, having earlier risen to 2.39 euros, versus a closing price on Aug. 8 of 2 euros.