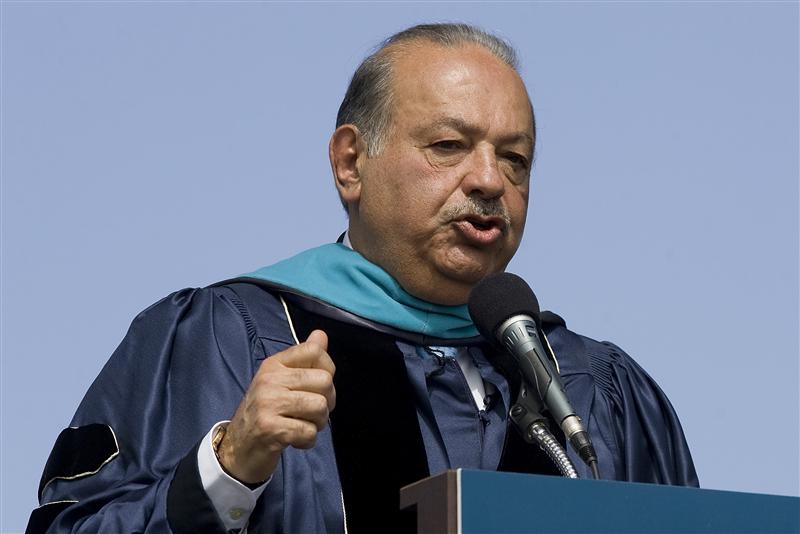 The Mexican mogul has belatedly agreed to help the Dutch telco raise 4 bln euros of capital. Slim’s near-28 pct stake is way out of the money. But the alternatives to raising the losing bet were even uglier: a quixotic full bid; heavy dilution; or leaving KPN over-levered.

Royal KPN NV, the biggest Dutch telecoms group, said on Feb. 20 top shareholder America Movil (AMX) had agreed to support a 4 billion euro capital raising. KPN had first announced the capital hike on Feb. 5, without saying if AMX would take part. AMX is controlled by Carlos Slim, the world’s richest man according to Forbes magazine, with an estimated net worth of $72 billion. His group bought into KPN last year, and now holds a 27.47 percent stake, according to Thomson Reuters data.
AMX promised to vote in favour of the move at an April 10 meeting. KPN plans to issue 3 billion euros in equity, and sell hybrid capital instruments equivalent to another 1 billion euros in equity.
As part of the deal, the two sides outlined a relationship agreement that will give AMX two seats on KPN’s eight-strong supervisory board. The pact is indefinite, and can be ended by either side with two months’ notice, although KPN has committed to the agreement for at least two years.
Under the agreement, AMX will not raise its stake above 30 percent. Senior staff “working groups” will collaborate together on issues such as KPN’s business plans and budgets, and the two sides will look to cut costs by co-operating on matters such as joint procurement and international roaming agreements.
Shares in KPN were down 7.8 percent by 0945 GMT to 2.978 euros a share, hitting their lowest level since 2001. KPN bonds rose in price, while the cost of insuring its debt against default fell.