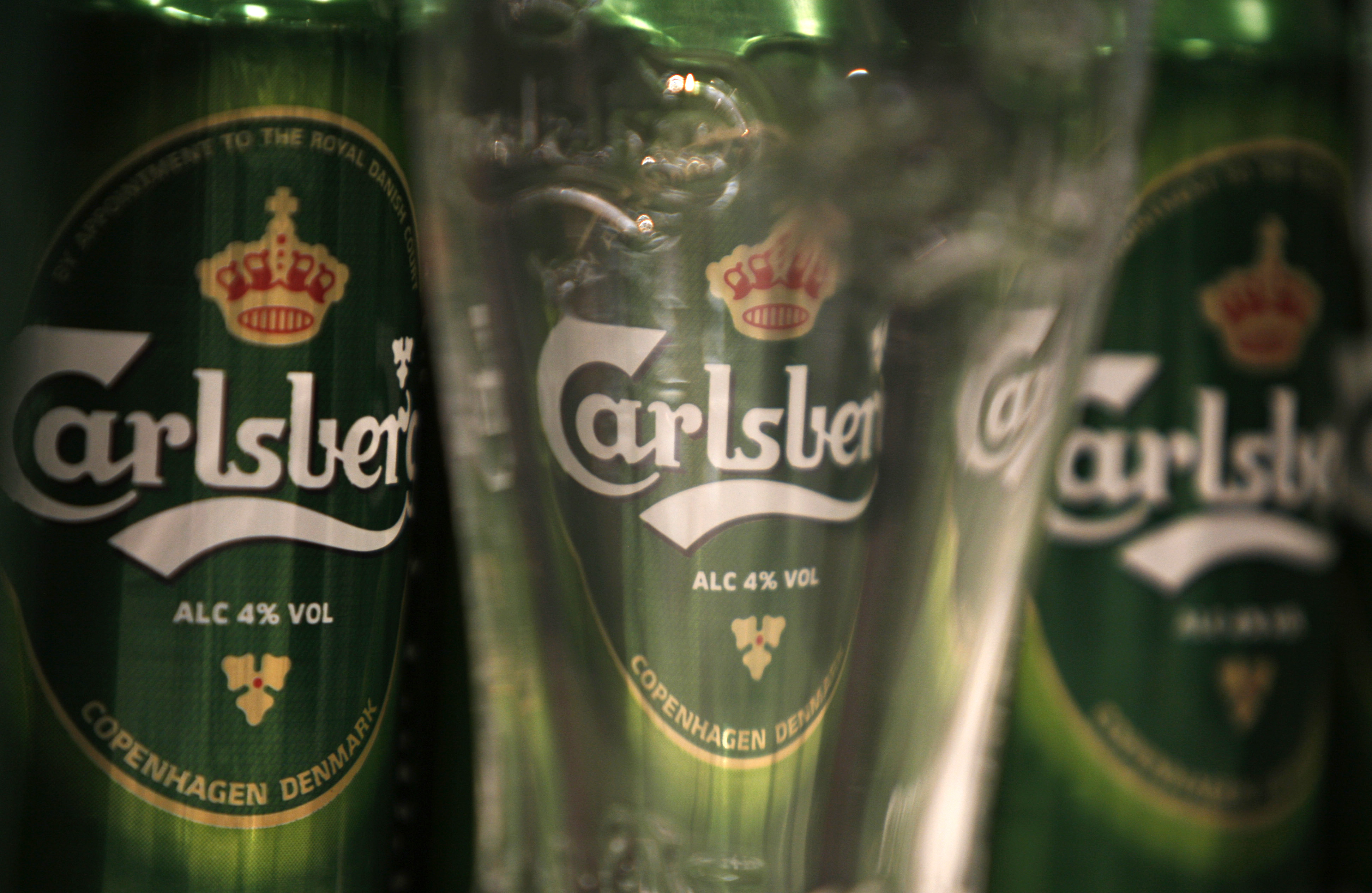 The Danish brewer missed first-half sales and operating profit expectations. Its cost-cutting strategy is starting to bear fruit in better profit margins. But even a perfectly executed turnaround risks being watered down by exposure to some of the world’s trickiest beer markets.

Cans of Carlsberg beer are seen through a branded pint glass before a news conference in London January 25, 2008.

Danish brewer Carlsberg posted half-year reported revenue and operating profit slightly below expectations on Aug. 17, but said it would maintain its 2016 outlook as its cost-cutting strategy shows progress.

The company reported a six-month operating profit before special items of 3.45 billion Danish crowns ($522.12 million), down 4 percent from the same period last year.

The company's total sales volumes fell 1 percent due to lower volumes in Britain, Poland and Eastern Europe, but organic revenue grew by 4 percent.