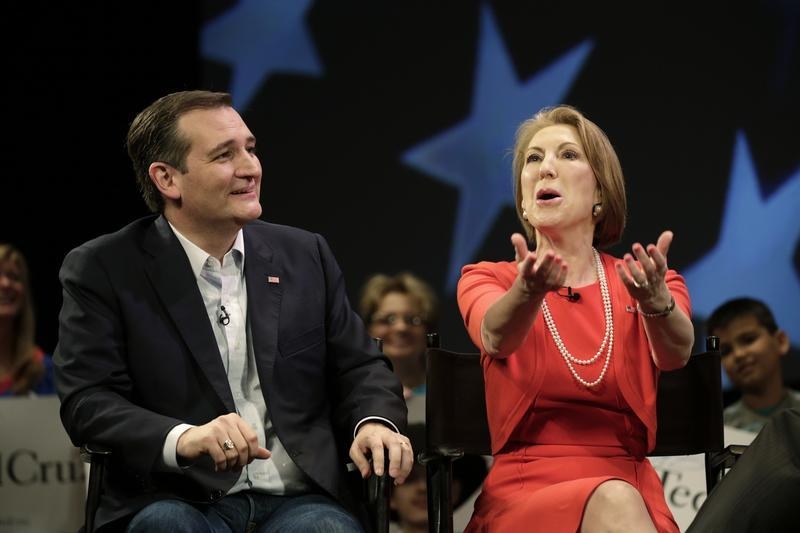 Carly Fiorina is embarking on another doomed merger. U.S. presidential candidate Ted Cruz tapped the former Hewlett-Packard boss to be his running mate if he can somehow win the Republican nomination. The math, after a five-state sweep on Tuesday night by real-estate mogul Donald Trump, is about as compelling as the $25 billion takeover of Compaq that Fiorina championed some 14 years ago.

Like her disastrous corporate deal, the logic, timing and calculus of this political one are almost all wrong. Just as HP thought it would give IBM a run for its money back in 2002 by acquiring Compaq, Cruz and Fiorina reckon that together they might have a better shot at catching the front-runner. An upcoming primary ballot in California, where Fiorina lost a U.S. Senate election in 2010, represents a last-ditch hope to help Cruz, especially with women voters.

Just as the marriage of HP and Compaq was an ill-fated attempt to fight falling PC sales, this awkward campaign alliance is railing against nearly inevitable forces. The timing also gives off a similar whiff of desperation. It is too early to be choosing vice presidential candidates. The GOP convention isn’t even due to kick off in Cleveland for another three months.

Finally, the numbers simply don’t add up. After winning primary elections in Pennsylvania, Maryland, Delaware, Connecticut and Rhode Island, Trump ensured that Cruz cannot secure enough votes to earn a clean, early win to be the party’s representative. Rather, it would take a messy set of circumstances, in a so-called brokered convention where no candidate has enough delegate support on the first go-round, for the Cruz/Fiorina ticket to advance.

Fiorina may not single-handedly destroy as much value this time as she did in her last merger attempt. The failed outcome, however, is destined to be the same.