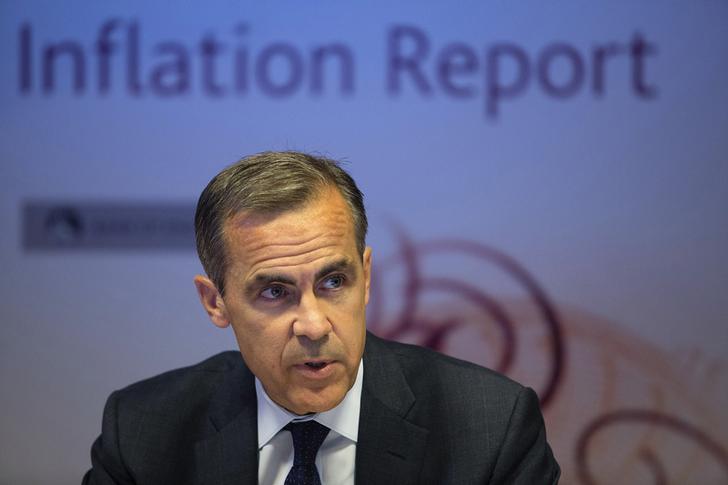 Mark Carney can look in the mirror to see one example of British exceptionalism. No other major economy’s government would let a foreigner run its central bank. But in his first major policy announcement, the Canadian governor of the Bank of England studiously ignored a more relevant national exception: the inflation rate.

Rather than think about what is different, the Bank of England went right for conventional thinking. Carney brought forward guidance, the latest global fad in central banking, to his new home. The technique, to promise not to tighten monetary policy until something happens that demands tighter policy, doesn’t fit well in the UK, because tighter policy could easily be justified right now.

While central bankers in the euro zone and the United States, not to mention Japan, are worried about unhealthily low inflation rates, Carney is dealing with a rate just below 3 percent, well above his 2 percent target.

Uncomfortably high inflation is hardly a brand new British problem. Despite a deep recession in the middle of the 10-year reign of Mervyn King, Carney’s predecessor, consumer prices increased at a 2.7 percent annual rate. The Fed and the European Central Bank may have been just as poor as the BoE at dealing with financial excess, but at least they have a strong record on prices.

Some of the British inflation problem can be traced back to a weak currency and a higher dependence on imports, about 35 percent of GDP in the UK compared to about 20 percent in the United States and euro zone. King generally explained away higher inflation as something foreigners brought in.

However, economic rigidities are at least as significant. The higher cost of imports did not spur much domestic production of cheaper substitutes. Nor did the economic slowdown actually slow down the steady 4 percent inflation rate for services.

Inflation is not the only measure in which Britain stands out. The UK is also special in its stubbornly weak trade balance and persistently high fiscal deficits. There are no easy solutions here. But the outsider Carney would build credibility if he acknowledged these distinctly British characteristics and said: “The UK has a problem”.

Mark Carney held his first press conference as governor of the Bank of England on Aug. 7.
He introduced forward guidance on monetary policy, based on a 7 percent unemployment rate and the tolerance of 2.5 percent inflation.

Mark Carney held his first press conference as governor of the Bank of England on Aug. 7.
He introduced forward guidance on monetary policy, based on a 7 percent unemployment rate and the tolerance of 2.5 percent inflation.