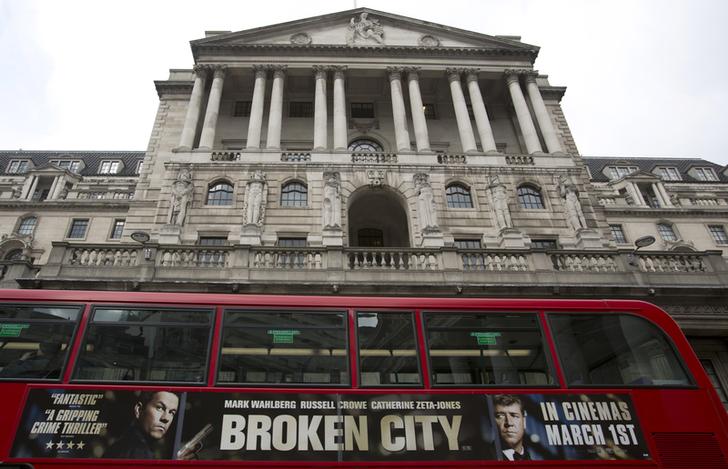 Mark Carney has made a clean break with his predecessor. Thursday’s unabashedly pro-finance speech from the new governor of the UK central bank was quite different from anything that Mervyn King would have said. King thought larger banks inevitably brought moral hazard. Carney said “it is not for the Bank of England to decide how big the financial sector should be.”

While he wasn’t making prescriptions or predictions, Carney believes that “a vibrant financial sector brings substantial benefits.” Bigger is basically better, as long as the system is safe. He even envisaged the possibility of the UK banking sector’s assets expanding from the current four times GDP to nine times, as they will if current trends continue until 2050.

The new BoE head is making some technical changes which should make the British financial system safer than in the last crisis. Then it had to cobble together programmes to provide liquidity for cash-starved banks. Under the new regime – sensibly introduced during a period of relative market calm – banks will be able to tap low-cost funds from the central bank. Carney is confident that they will not abuse the privilege, because global rules require that they keep more than enough liquidity for non-crisis times.

That faith in financial regulation is not limited to liquidity rules. The governor showed a touching – and possibly alarming – trust in the new recovery and resolution regimes for banks. But it’s not clear these mechanisms would have worked in the last crisis, let alone at a future time when the sector is even larger. And by taking such a strong pro-industry stance, Carney may have defused the BoE’s most effective negotiating position for making big banks better prepared for failure: the threat of breaking them up if they don’t play ball.

Carney did not mention the possible downsides of making Britain the hub of a bigger, broader and better-regulated global financial industry. Even if he is right that banks will be less likely to fail, and that taxpayers will not be on the hook if they do, the UK economy will be increasingly at the whim of the rises – and the sometimes dramatic falls – of global finance.

A bus passes the Bank of England in the City of London February 23, 2013. Britain suffered its first ever sovereign ratings downgrade from a major agency on Friday when Moody's stripped the country of its coveted top-notch triple-A rating, dealing a major blow to finance minister George Osborne.

The Bank of England is to introduce a new liquidity regime designed to make emergency funding for lenders cheaper and more readily available in a crisis.
The new facilities, unveiled in a speech on Oct. 24 by new BoE Governor Mark Carney, are part of a revised Sterling Monetary Framework.
“Our facilities are not ornamental. They are there to be used by banks to access money and high-quality collateral. We are offering money and collateral for longer terms. The range of assets we will accept in exchange will be wider … and using our facilities will be cheaper,” said Carney. “We are open for business.”
Carney also praised the economic contributions of “a vibrant financial sector” to the UK economy.
“Being at the heart of the global financial system also broadens the investment opportunities for the institutions that look after British savings, and reinforces the ability of UK manufacturing and creative industries to compete globally. Not to mention that financial services represent one of the UK’s largest exports.”