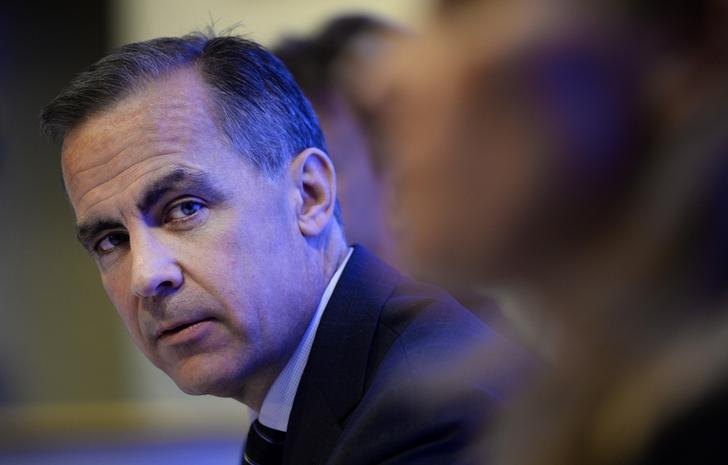 Oxford University’s Sheldonian Theatre is an ideal place to set out the British establishment’s view on Europe. The elegant building is quintessentially English, sited at the heart of a city where many of the UK’s leadership class were schooled. Architecturally, the Sheldonian is also classic Baroque which, as the very word implies, is continental.

Mark Carney, the governor of the Bank of England, opened his Sheldonian speech with an explicit caveat. He was not, he said, offering a “comprehensive assessment” of whether “being in Europe” was a good idea. As Britain’s central banker, he was concerned with monetary and financial affairs.

Still, with a referendum on membership looming, his presentation of many economic pros and a few tentative cons certainly sounded for all the world like a firm endorsement from a sensible man in a leading position. True, Carney is Canadian. But that may make him a more useful mouthpiece for the British establishment. George Osborne, the UK’s chancellor who may one day be its prime minister, confirmed that impression with his praise of a “very impressive speech”.

Carney’s arguments are familiar to economists. Bigger markets are better and Britain has benefitted more than most from the EU’s freer trade of goods, services, labour and capital. Euro zone stresses, he says, cast some shadows over British finance. He concludes that an exit from the union would most likely make the UK economy and financial system less prosperous while doing little to curb volatility.

The anti-EU camp comes to a different evaluation. The eurosceptic case finds sympathy with many of those who walk the British corridors of power – on both the right and the left. But Carney, Osborne and David Cameron – the British prime minister – are taking a clearer and more logical pro-European stance. Their views carry weight, especially when they join most captains of British industry and finance, not to mention a host of distinguished foreign politicians, in accepting EU membership is sensible.

With reserves of leadership capital now being spent on the pro-European arguments, opponents of membership may take on an attribute traditionally associated with old-school British aristocrats: eccentricity.

Mark Carney, the head of the Bank of England, gave a largely positive assessment of the UK’s experience as a member of the European Union in a speech at Oxford University on Oct. 21.

He said that membership of the European Union has “very likely increased the UK’s dynamism”.