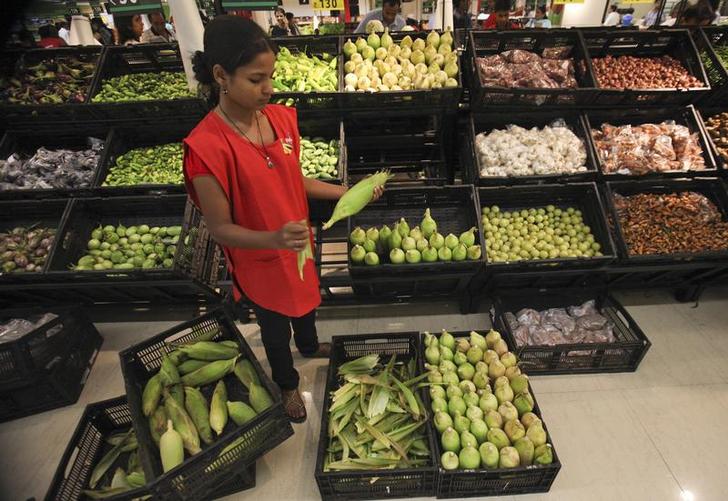 The French retailer is performing better in Latin America and Asia than at home, while its similarly sized UK rival might sell foreign assets to relieve balance-sheet strain. But if Tesco can live with the debt, it might be emboldened by Carrefour’s global shopping experience.

or
Request a Free Trial
or
Biden’s $2 trln rescue tests his art of the deal
Sign in to your Breakingviews account
If you need assistance please email breakingviews.clientsupport@thomsonreuters.com

An employee arranges vegetables in the fresh foods section.