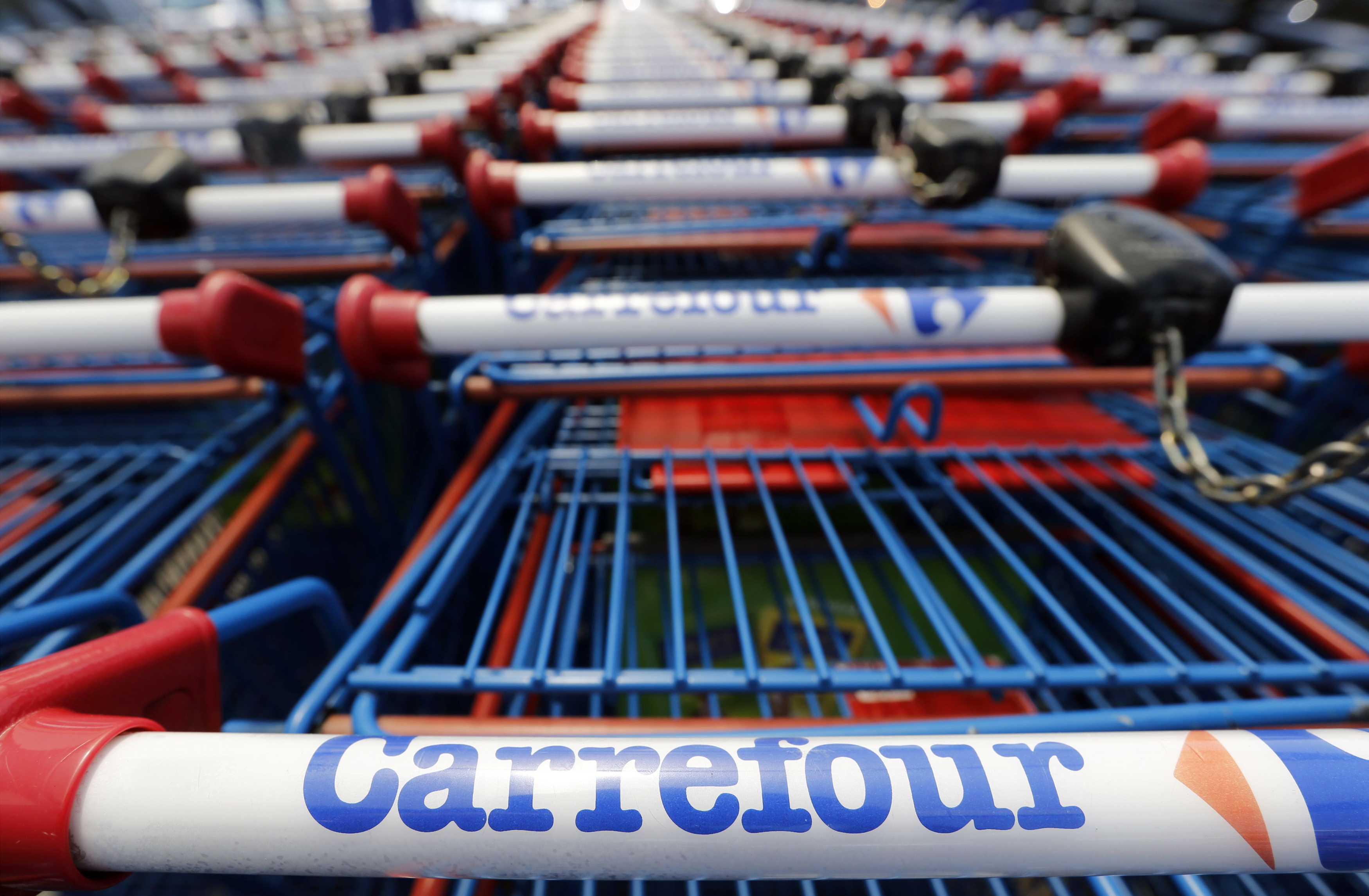 The French supermarket said full-year operating profit could fall 12 percent, partly due to stiff competition at home. The grocer’s new CEO faces even more challenges than Tesco’s Dave Lewis did three years ago. Domestic market share is shrinking and its online offering is weak.

Shopping trolleys line up at the entrance of the Carrefour hypermarket in Brive-La-Gaillarde, central France, July 8, 2013. France is the biggest country in Europe for hypermarkets and the store's growth mirrors Carrefour's past global expansion. But that growth masks the gradual decline of the format. The hypermarket - an out-of-town warehouse of more than 2,500 square metres which offers everything from camembert cheese to lawn mowers - is shrinking as online vendors, convenience shops and discounters meet many of the needs of a cash-strapped, increasingly fragmented population. Picture taken July 8, 2013. REUTERS/Regis Duvignau (FRANCE - Tags: BUSINESS LOGO) - RTX127ZL

Carrefour, France’s second-largest grocer by market share, said on Aug. 30 that it expected recurring operating income for the full year to fall approximately 12 percent at current exchange rates – roughly in line with the drop seen in the first half of the year.

The company said that first-half net sales increased 6.2 percent, at current exchange rates, to 38.5 billion euros compared with the same period in 2016.

Operating margins in its French business fell to 1.1 percent in the first half, down 70 basis points from a year earlier, partly because of price cuts and increased losses at former DIA stores.

Alexandre Bompard was chosen as the company’s new chairman and chief executive in June and took over from Georges Plassat on July 18.