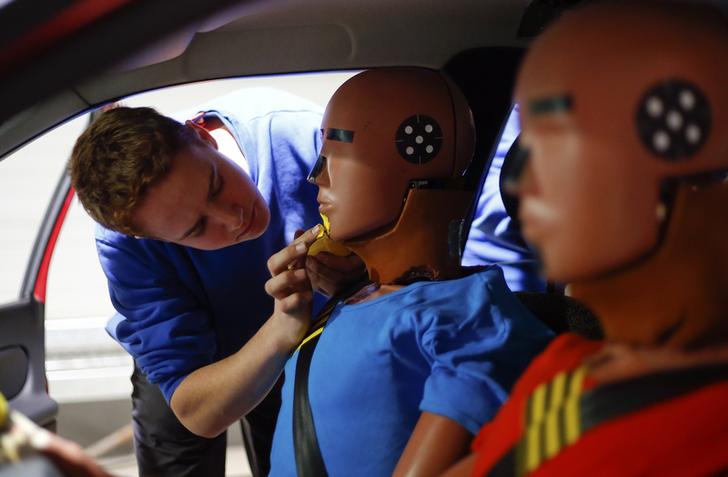 Volkswagen’s third-quarter results come too soon to reveal new insights into the effect of its recent emissions scandal. They do say a lot about the German carmaker’s underlying financial and operative strength. Strong cashflow and stable demand for its vehicles suggest VW is in decent shape to absorb the financial impact of what has come to be known as “dieselgate”.

Lawsuits are flying after VW was found to have sold 11 million diesels secretly adapted to produce lower emissions during lab testing. The eight different litigation risks VW outlined on Oct. 28 range from criminal prosecution in the United States to class action suits by customers and investors. Legal fees and fines are extra. VW reasonably points out that it’s too soon to guess at the total.

Dieselgate’s direct costs are becoming clearer, though. At 6.7 billion euros, the provision booked for recalls and other immediate charges is only 200 million euros higher than the group’s estimate four days after the scandal broke. Of that, 1.3 billion euros covers the potential loss of value in leased vehicles that sit on the books of VW’s sprawling financial services unit, a manageable sum.

One big question is whether VW’s reputation with customers is dented. It appears not. The group confirmed its pre-scandal sales and revenue guidance. While group sales in all-important China fell by 5.2 percent over the first nine months, the earnings of VW’s Chinese joint ventures remained stable. Excluding the emissions-related provisions, the lacklustre profitability of the core VW passenger car brands increased slightly.

VW continues to generate strong cashflow. The sale of a 3 billion euro stake in Suzuki pushed the company’s measure of third-quarter free cashflow to 7 billion euros, almost three times the previous year’s level. At 27.8 billion euros, the automotive division’s net cash was 65 percent higher than a year ago. And Volkswagen has ample room to cut investment spending more than the 1 billion euros it announced. The impact of dieselgate could still be severe, but VW’s seatbelts are fastened.

Volkswagen reported a third-quarter operating loss of 3.5 billion euros on Oct. 28, its first negative quarterly earnings in at least 15 years, caused by costs related to its rigging of diesel emissions tests. The German carmaker added that it expects its operating profit for the full year to drop “significantly below” last year’s record 12.7 billion euros.

Excluding costs relating to the discovery in September that VW had secretly adapted some vehicles to pass U.S. emissions tests, the carmaker still expects its group operating margin to come in between 5.5 percent and 6.5 percent this year, compared with 6.3 percent in 2014.

VW set aside 6.7 billion euros in the July-September period to cover costs related to the manipulations affecting 11 million cars globally, up slightly from the 6.5 billion announced a week after the manipulations became public on Sept. 18.

VW plans to cut investments by 1 billion euros a year at its core division, which accounts for 5 million cars to be recalled. Luxury division Audi, the source of about 40 percent of VW group profit, will also cut planned spending.